‘Wow, She Really Just Threw That at Me’: Texas Woman Arrested for Hurling Soup in Restaurant Employee’s Face After Complaining It Was Too Hot

A Texas woman was arrested Wednesday after she was allegedly caught on camera throwing a profanity-laden tirade in a restaurant that ended with her throwing a cup of soup in the face of one of the employees. Amanda Nicole Martinez, 31, of Temple, was taken into custody and charged with one count of assault causing bodily injury.

According to the Temple Police Department, Martinez ordered a meal that she picked up from the restaurant. When she got home, Martinez reportedly called the restaurant to complain, saying that the soup she had ordered was so hot that it melted the plastic lid. 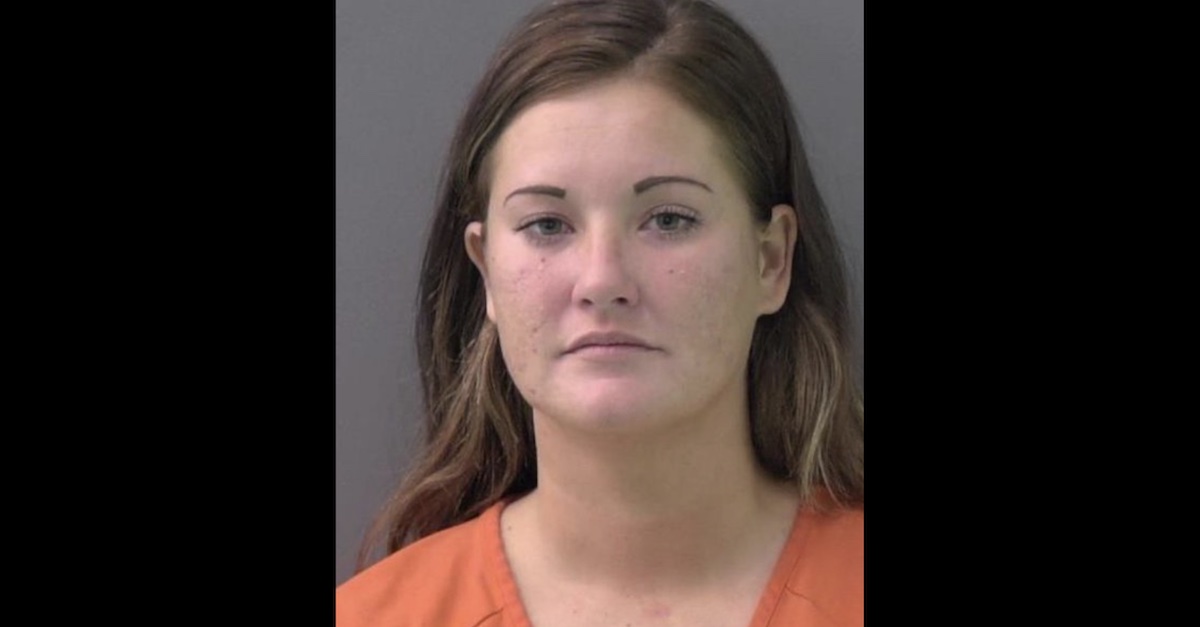 After the call, Martinez reportedly returned to the restaurant with the soup she complained about being too hot “and started a verbal altercation,” police said.

“She then proceeded to throw the soup at the victim and left before officers arrived,” police said.

In the surveillance video, Martinez appears to walk up to the counter carrying the soup and speaks to a female employee who is behind the register. That employee was later identified as Jannelle Broland. At one point during the brief interaction, Martinez can be seen pushing what appears to be the semi-melted soup lid across the counter towards Broland, who had taken out her phone. Approximately 22 seconds into the video, Martinez appears to take the soup and throw it in the face of Broland, who immediately runs out of the frame. Several customers followed Martinez, who reportedly ran out of the store before police could arrive. They took photos of her license plate and forwarded it to investigators.

While there is no audio in the footage, Broland made a pair of TikTok videos explaining her side of the story. Broland said she offered Martinez a refund for the soup but said the woman “did not want to hear it at all.”

“All she wanted to do was yell and cuss,” Broland said. 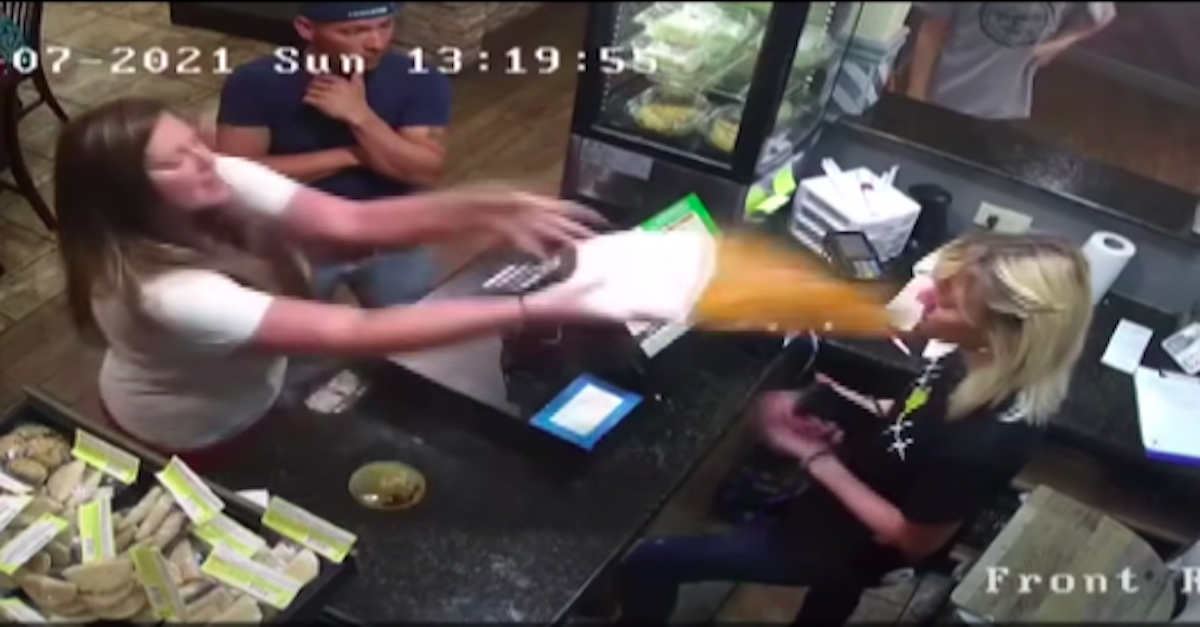 Broland said Martinez threw the soup in her face after Broland threatened to call the police. Broland said it “felt like I had just been pepper sprayed.” The incident left her with a bloody nose and eyes that felt like they were on fire.

“My first thought was what just happened, why, like why is this happening and I realized I couldn’t open my eyes and I wiped away and I realized I was like wow, she really just threw that at me,” Broland told Temple NBC affiliate KCEN-TV after the incident. “She really threw that right at me.”

Martinez was processed Wednesday morning and transported to Bell County Jail. She posted her $5,000 bond and was released later in the day.

“We do not condone this type of behavior and hold our citizens to the highest standard,” Deputy Police Chief Allen Teston said when the investigation began. “If a citizen believes they have received poor service we advise them to remain civil until the problem is resolved.”

Under Texas law, assault causing bodily injury is a Class A misdemeanor that carries a maximum penalty of up to a year in jail and a fine of up to $4,000.

Martinez has also been banned from the restaurant.