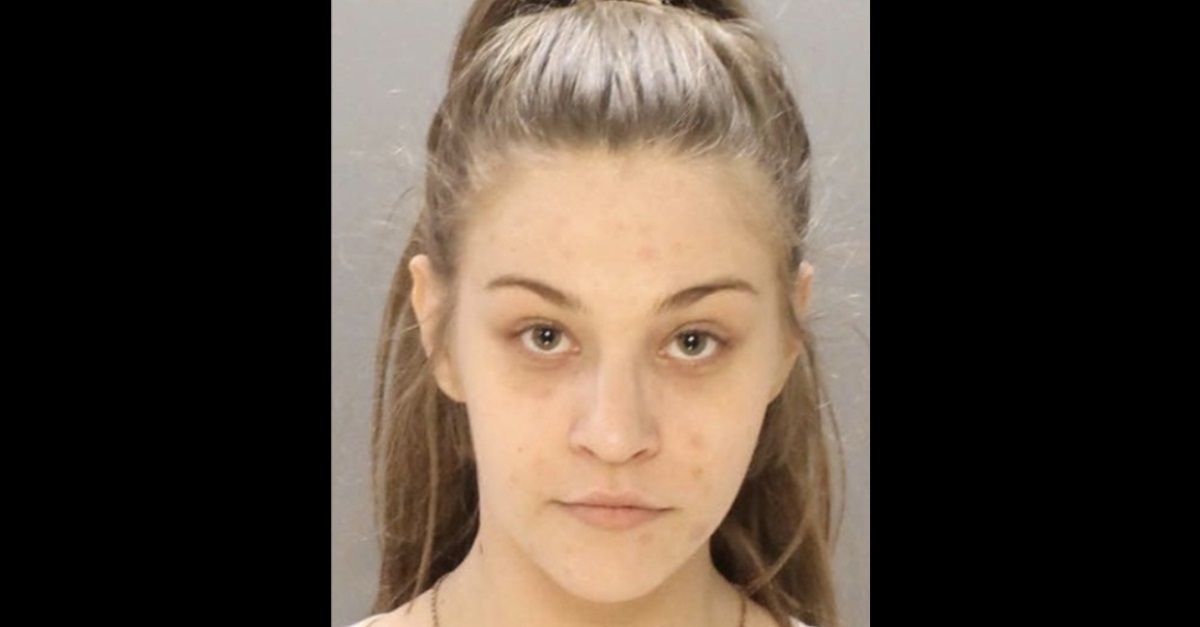 It has been months since police said missing 18-year-old Erin Schweikert was found dead in a plastic tub inside a Philadelphia basement, but no one was charged for causing her death. That changed on Thursday.

Maddison Leidy, 26–who was already facing an abuse of corpse case in the matter–is now being prosecuted for murder and drug delivery resulting in death, according to records viewed by Law&Crime.

The defendant was first arrested on January 17, the day after the victim’s body was allegedly found in the basement of Leidy’s home. Police had been there to arrest the defendant on a probation violation, according to CBS Philadelphia. Schweikert had gone missing September 2019, last seen two miles from Leidy’s home, according to The Philly Voice. The victim was the mother of a toddler.

CHARGES FILED: Erin Schweikert, 18, had been missing since late September. Her body was found on Jan. 16 in a South Philly basement. Now, police have charged a woman in connection to the discovery.

Schweikert’s cause of death was immediately unclear, but sources cited by KYW Newsradio in a Wednesday report claimed that heroin and fentanyl were in the victim’s body when died.

#ICYMI Maddison Leidy, 25, is charged with abuse of corpse, tampering with evidence and lying to police in connection w/ 18y/o Erin Schweikert’s death. Police discovered Schweikert’s body in the basement of a home on the 2100 block of W Porter St in South Philly on Jan. 16th. https://t.co/MxVvidDQaI

Leidy’s court-appointed attorney in the abuse of a corpse case, James T. Marsh, declined to comment when Law&Crime reached him by phone, saying that a lawyer had not been assigned in the new charges.

A preliminary arraignment took place Wednesday. A preliminary hearing in the new homicide prosecution is scheduled for August 26. records show Leidy remains behind bars at the Riverside Correctional Facility.