‘These Are Felonies’: Lawyers React with Horror to Reports of Post Office Removing Mail Sorting Machines 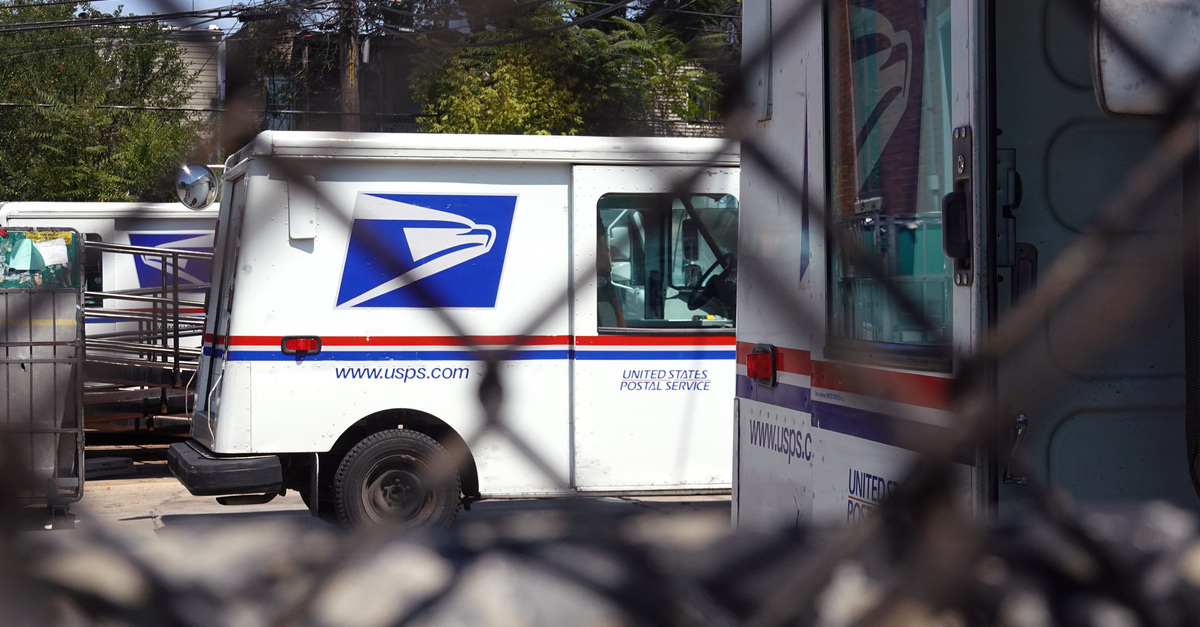 The process of removing those machines has stoked fears that President Donald Trump and his allies in the executive branch are intentionally sabotaging mail operations in order to diminish the capability of the U.S. Postal Service (USPS) to sort and deliver mail-in ballots in a timely fashion for the 2020 general election.

“Tampering with the mail and federal elections are crimes no matter who does it,” federal criminal defense attorney Tor Ekeland told Law&Crime. “Just because you run the bank doesn’t mean you get to steal the money. This reeks of mail and election fraud–the scheme to defraud using the removal of mail sorting machines without reason as a means to inhibit mail in voting. These are felonies and should be investigated and prosecuted appropriately.”

According to Vice News‘s Aaron Gordon, union officials and postal workers say that “facilities around the country” are being stripped of mail sorting machines “without any official explanation or reason.”

The outlet claims 19 such machines have been decommissioned–or will be decommissioned in the immediate future–from at five mail processing facilities. And apparently none of the day-to-day workers or leadership have been given any clue about what’s going on.

Even to local union officials, USPS has not announced any policy, explained why they are doing this, what will happen to the machines and the workers who use them. Nor has management provided a rationale for dismantling and removing the machines from the facility rather than merely not operating them when they’re not needed.

“I’m not sure you’re going to find an answer for why [the machines being removed] makes sense,” said Iowa Postal Workers Union President Kimberly Karol, “because we haven’t figured that out either.”

With a likely unprecedented upsurge in vote-by-mail due to the still raging novel Coronavirus (COVID-19) pandemic this fall, the prospect of displacing the machines used to sort those incoming ballots without notice or explanation quickly drew condemnations and concern that DeJoy’s actions were somehow not above-board.

“Who knows whether this has benign reasons,” mused Civil Rights attorney and administrative law expert Sasha Samberg-Champion. “But at this point, we can’t assume anything is on the up-and-up.”

“If this is being done at the direction or suggestion of the President to intentionally slow or minimize voter participation, in other words to sabotage the election, then it’s a clear abuse of Presidential power,” she said in an email. “Congress must act and the press must hold elected Republicans accountable for not stopping this.”

Many critics believe the report is clear-cut evidence of a White House plan to manufacture an enforced shortage of such machines–all in order to intentionally frustrate the USPS’s ability to accommodate the likely millions of mail-in ballots that will be cast by voters.

“If you can’t see what’s happening here, I don’t know what to tell you,” CNN legal analyst Elie Honig, a former federal and state prosecutor, told Law&Crime. “Trump has made clear that he will pull every lever of power available to him – legal, borderline, or illegal – to prevent mail-in balloting this fall.”

The 45th president has repeatedly rubbished mail-in voting and recently said he intends to resist Democratic Party demands for increased USPS funding–directly linking the intentional effort to starve the agency of money with his administration’s longstanding desire to keep fewer people from voting by mail.

“They need that money in order to make the Post Office work, so it can take all of these millions and millions of ballots,” Trump told Fox Business Network’s Maria Bartiromo on Thursday morning–in reference to congressional demands for $25 billion in additional funding for the USPS. “[T]hat means you can’t have universal mail-in voting, because they’re not equipped.”

“Although there could very well be entirely legitimate bases for taking these actions, the current political environment – and particularly the public remarks by the president – warrant serious caution and the need for a clearer explanation from the USPS,” he said in an email. “The sanctity of the voting process is paramount.”