Teen Gets 50 Years in Prison for Execution-style Murders. Prosecutors Said He Killed for ‘Status.’ 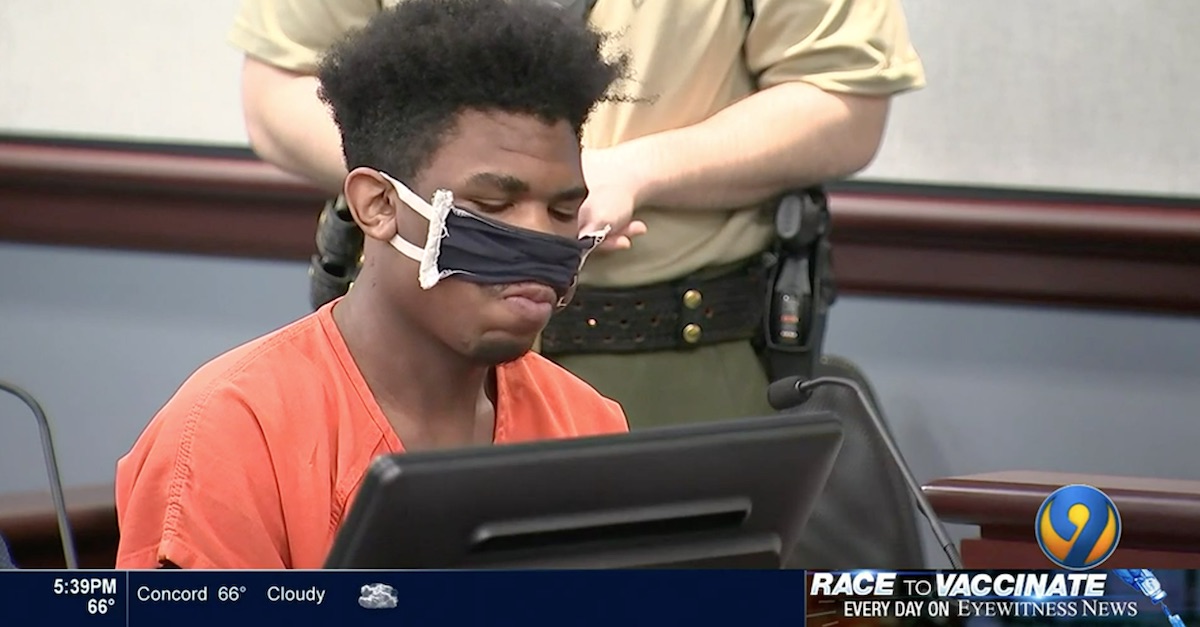 An 18-year-old in South Carolina pleaded guilty on Tuesday to committing two execution-style murders when he was a 16-year-old. Sam Robinson expressed the realization that if or when he gets out of prison 50 years from now most of his family will be “dead and gone” and that he would be a stranger to most everyone else.

“By the time I get out, most of my family will probably be dead and gone. So I’m feeling pretty alone right now, and I know I’ll be alone in the future,” Robinson said, his mask covering only his nose.

On February 26, 2019, Robinson executed 23-year-old Malik McCullough and 22-year-old Zuinquarius McCrorey in Rock Hill. Robinson was in the back seat of a car that the three were riding in, WSOC-TV reported. He shot the victims in the back of the head, left the scene, and then returned to the scene because he forgot his cellphone was still charging in the vehicle. This proved to be a crucial mistake because a neighbor started asking questions, saw him long to identify him, and called 911.

Robinson even claimed that he went to the car to “check on his buddies,” admitting a link to the crime scene. The murders were committed in broad daylight on a Tuesday.

Robinson fled to Charlotte, but he was arrested the Friday following the shooting.

Robinson’s defense lawyer claimed that he killed out of fear for his own life. The story went that Robinson “shot up” McCrorey’s house, as WSOC put it, the night before the double murder. Fearing retaliation, Robinson killed McCrorey and McCullough.

But the prosecution had a different understanding of motive. They believed that Robinson killed for “status.”

“The depravity that’s involved in killing people like this for no apparent reason other than to gain gang status, it’s chilling,” York County Deputy Solicitor Willy Thompson said, according to WSOC. The prosecution cited an email Robinson recently sent, which said: “I’m a Crip. I have respect.”

Darrell McCullough, Malik’s father, asked that Robinson get the maximum punishment possible under the plea agreement. That maximum was 50 years and that’s what Robinson got.

McCullough still said he felt sorry for Robinson and forgave him, saying he hoped the sentence would make people “understand that all lives matter. Not only Black lives but all lives.”

WBTV reported that McCrorey’s father also said Robinson should “get the full 50.”

“It will give him some time to think. He took my only child,” he said.

The prosecution said Robinson’s victims thought he was their friend. Instead, they were murdered in “cold blood.”

Robinson apologized for his crimes and acknowledged said he lost his own life, too.