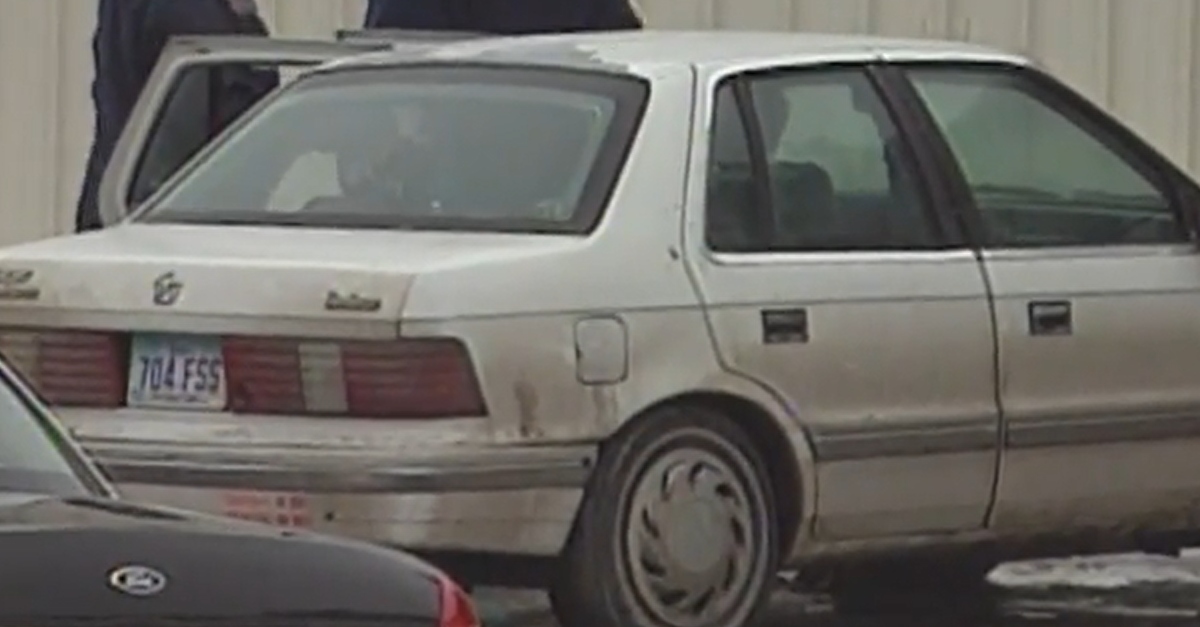 Kimberly Ratliff’s car as pictured in a 2000 report.

There may be justice for Kimberly Ratliff, 22. Police in Council Bluffs, Iowa say they obtained an arrest warrant for the person who murdered her in 1999. It was her stepbrother, Matt W. Kennedy, officers said in a KETV report. The defendant, now 52 and living in Montana, was taken into custody and held in the Teton County Jail for extradition. He had been living in Council Bluffs at the time of the killing, police said.

Ratliff was the victim of a grisly murder. She was last seen alive at around 11:30 p.m. on January 8, 1999, in Omaha, Nebraska, when leaving work at Airlite Plastics Co., according to The Des Moines Register in a 2016 retrospective on the case. The victim was discovered just a few days after she was last seen. She was found in her car on January 12, 1999 in the parking lot of People’s Natural Gas, mutilated and her head almost cut off.

Police suggested that she might have been killed somewhere else because there was not a lot of blood discovered inside the vehicle. The lack of blood was at odds with the number of cuts. Investigators also suggested that someone put Ratliff in different clothes of hers from what she had on after leaving work.

Familial tension has long informed the case. Ratliff’s mother Joyce Kennedy and stepfather Les Kennedy claimed she spent time with drug users and dealers, but the victim’s biological father Jacque Ratliff asserted that the stepfather was possessive, and the reason why his daughter used drugs, according to the Des Moines Register.

Les Kennedy said at the time that, in his opinion, there was enough evidence to get indictments against a killer and conspirators.

Now his son is accused as the murderer. It is unclear if Matt Kennedy has an attorney in this matter.