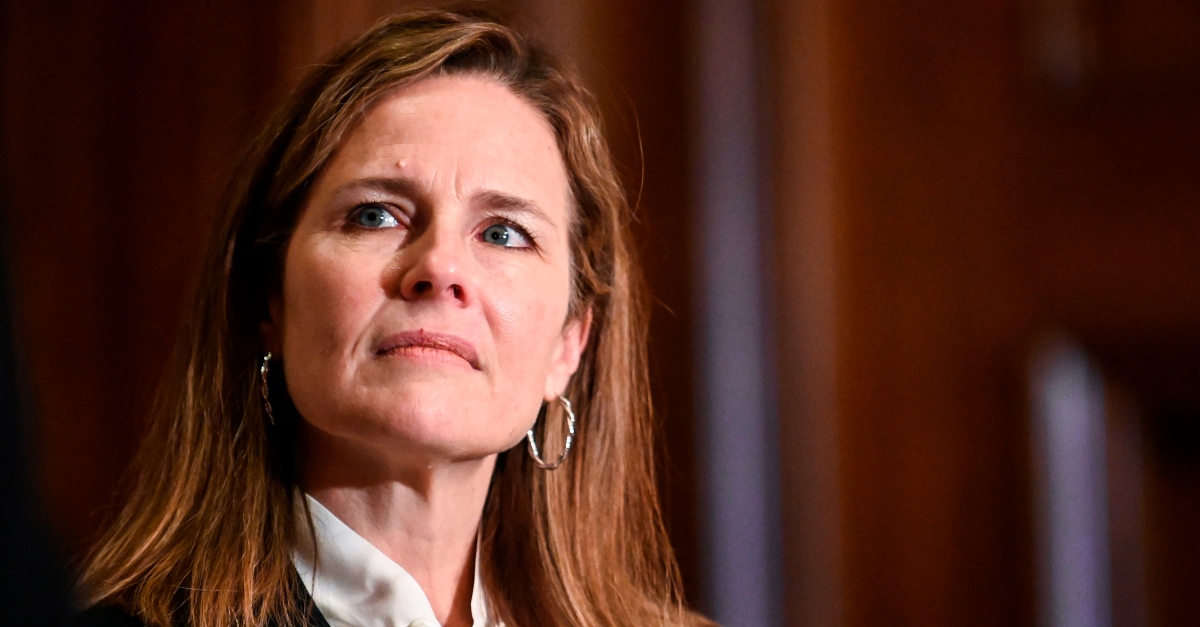 Senate Majority Leader Mitch McConnell (R-Ky.) doesn’t care about the misgivings of Republican Sens. Susan Collins and Lisa Murkowski, he knows he has the votes to confirm Amy Coney Barrett to the Supreme Court before Election Day. And it appears that’s exactly what’s going to happen.

“We’ll go to the floor on Friday the 23rd and stay on it until we finished,” he said. “We have the votes.”

According to CBS News, it is expected that the final vote on Barrett will take place “sometime in the week of October 26.”

This means that Sen. McConnell and his Senate GOP majority is on track to, in his words, “proudly vote to confirm Judge Barrett” the week before Election Day, which is somewhere around 38 to 42 days after Justice Ruth Bader Ginsburg’s death.

Judge Barrett exhibited every bit of the intellectual brilliance, legal expertise, and open-minded judicial temperament that we need on the Supreme Court. I will proudly vote to confirm her. The Senate will take up her nomination as soon as it comes out of Committee. pic.twitter.com/KkOGo0JVKL

“Judge Barrett exhibited every bit of the intellectual brilliance, legal expertise, and open-minded judicial temperament that we need on the Supreme Court. I will proudly vote to confirm her. The Senate will take up her nomination as soon as it comes out of Committee,” McConnell said in a tweet on Friday.

In statement accompanying the tweet, McConnell insisted that “[t]his confirmation process falls squarely within history and precedent,” as does the confirmation timeline.

“Our timeline is likewise normal. Sixteen days elapsed between Judge Barrett’s announcement and the start of her hearings. Just since 1960, eight Supreme Court confirmations have moved more quickly than that,” he said. “Now, one week will elapse between the end of hearings and the Committee vote. Half of all Supreme Court confirmations since 1916 have moved more quickly than that.”

Justice Brett Kavanaugh was sworn in on October 6, 2018, which was the same day he was confirmed. A swearing-in ceremony took place two days later. Justice Neil Gorsuch was confirmed on April 7, 2017 and was sworn in three days later. All told, it seems likely that Barrett will be sworn in before Nov. 3. If not, she may be sworn in before mail-in ballots stop being counted and before we know the official results of the election.