‘Something Out of a Horror Movie’: Man Allegedly Cut Aunt’s Dog in Half Using Chainsaw 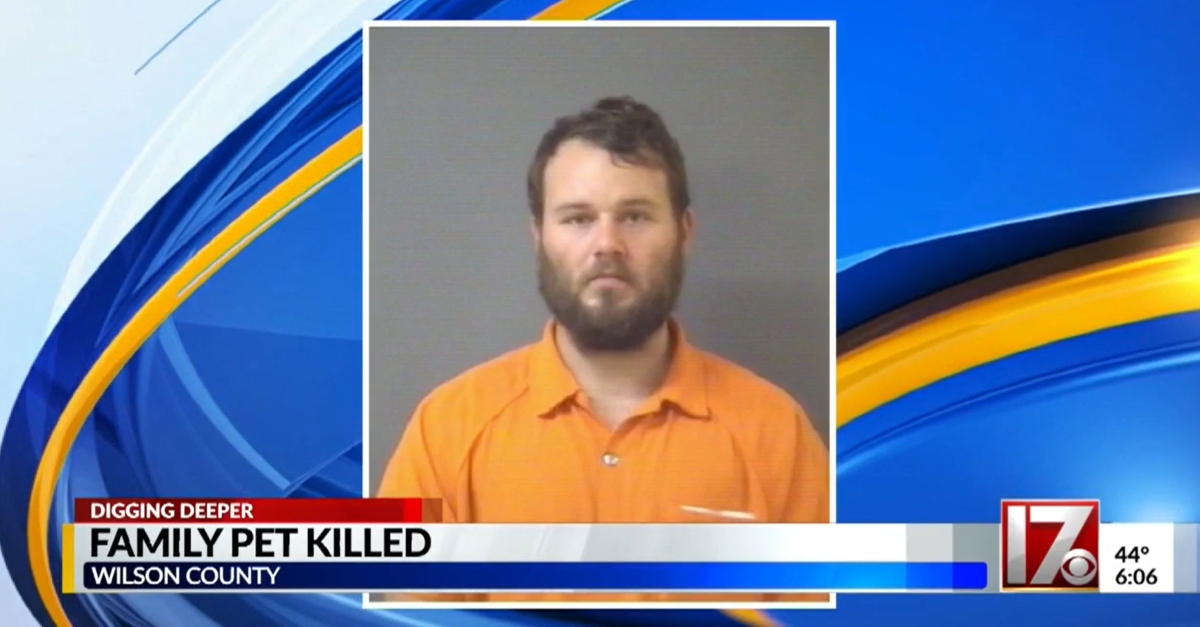 A North Carolina man is charged in a case so grisly, even the local sheriff voiced shock. Jonathan Maxey Bulluck Jr., 23, is charged with felony animal cruelty and felony larceny of a dog, according to KUTV. He allegedly beat his aunt’s bullmastiff, stabbed the canine to death, and bisected the animal using a chainsaw.

“The suffering that the dog endured it was like something out of a horror movie,” Wilson County Sheriff Calvin Woodard said. “This was just a heinous act from the beginning to the end. This was just down right immorally wrong.”

This stemmed from an alleged incident in which the dog jumped on a 2-year-old at the aunt’s residence. (She said that she found no injured on the child, the sheriff said.)

In any case, Bulluck allegedly retaliated against the canine for the incident. According to authorities, the aunt said he had made a statement to the effect that he would kill the bullmastiff. The next morning, the aunt woke up to find that the dog Tigger wasn’t at their leash. She and relatives found the canine’s body in a shallow grave, officials said.

Investigators claim Bulluck stole the dog Friday night, and took Tigger down a long dirt path. He allegedly used the chainsaw on Tigger to make sure the dog fit into the grave. The thing is, deputies said only one half of the body was discovered.

“They need to do something about him because he ain’t right in the head,” one of the aunt’s neighbors told CBS 17. “He’s crazy. He do that to a dog, what’s he gonna do to me?”

It’s unclear if Bulluck has an attorney at this time.