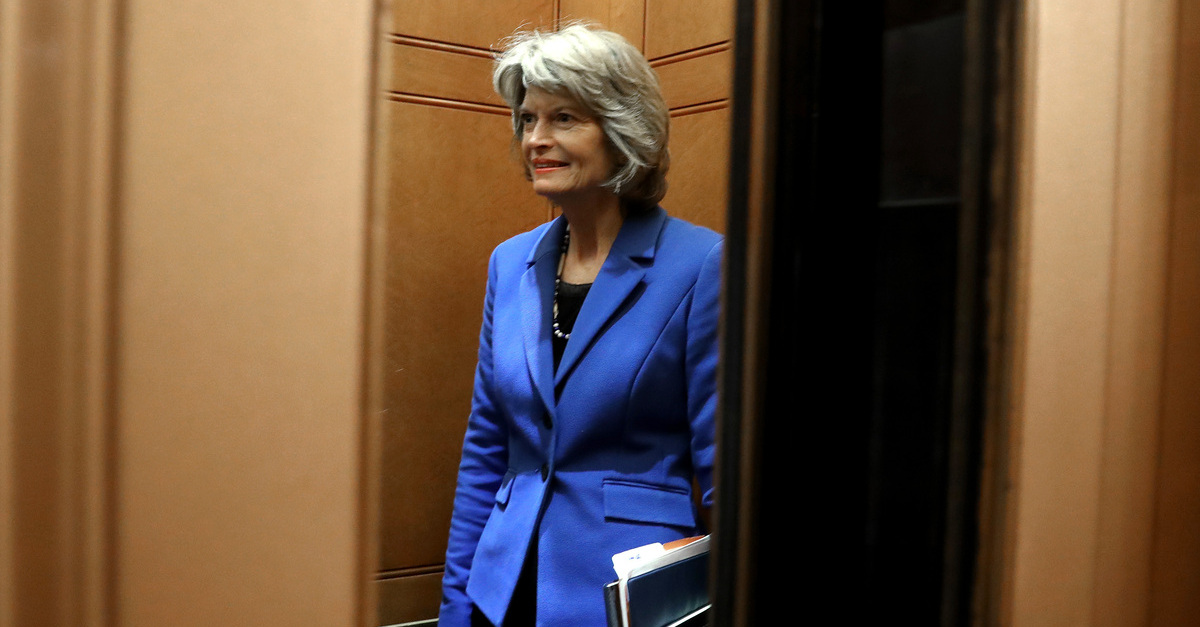 Check out Sen. Lisa Murkowski’s (R-Alaska) excuse for voting against the Senate calling a single witness during the impeachment trial of President Donald Trump.

Given the partisan nature of I have come to the conclusion that there will be no fair trial in the Senate. I don’t believe the continuation of this process will change anything. It is sad for me to admit that, as an institution, the Congress has failed.

“I carefully considered the need for additional witnesses and documents, to cure the shortcomings of its process, but ultimately decided that I will vote against considering motions to subpoena,” she added.

In summary: the trial can’t be fair, so it won’t be.

The legacy senator—who inherited her seat from her father—explained, in a state of normative and performative dismay, a bit further how she felt the introduction of justice-like procedures might damage other institutions nominally committed to justice.

“It has also become clear some of my colleagues intend to further politicize this process, and drag the Supreme Court into the fray while attacking the Chief Justice. I will not stand for nor support that effort. We have already degraded this institution for partisan political benefit, and I will not enable those who wish to pull down another,” Murkowski said—suggesting her vote might lead to a dead-locked outcome which would require an intervention by Republican-appointed Supreme Court Chief Justice John Roberts.

Murkowski’s words were also an implicit rejoinder to Sen. Elizabeth Warren (D-Mass.), who asked a question Thursday night that some viewed as questioning Roberts’s integrity.

“At a time when large majorities of Americans have lost faith in government,” Roberts read aloud, “does the fact that the chief justice is presiding over an impeachment trial in which Republican senators have thus far refused to allow witnesses or evidence contribute to the loss of legitimacy of the chief justice, the Supreme Court, or Constitution?”

I’m no fan of Schiff but I’ll give him credit where it’s due — he quickly slaps down Warren’s question and says that C.J. Roberts has acted “admirably.”

Progressives, meanwhile, cheered Warren on for her attack.

Senator Warren is right. This trial is a sham, John Roberts is hurting his own legitimacy by enabling it.pic.twitter.com/0johkT0RPC

Murkowski’s invocation of Roberts was cited by progressives as largely unsurprising and simply more evidence of her moderate facade crumbling under pressure.

The Murkowski vote is largely, I think, about maintaining the myth of Roberts' neutrality. Him casting a deciding vote would have been an optics disaster, and they want to keep him clean so he can continue to deliver for them.

Ever fastened to a fence-post, Murkowski also reserved some ire for the hastily-presented case against Trump put forward late last year by Schiff and others at the request of House Speaker Rep. Nancy Pelosi (D-Calif.).

“The House chose to send articles of impeachment that are rushed and flawed. I carefully considered the need for additional witnesses and documents, to cure the shortcomings of its process, but ultimately decided that I will vote against considering motions to subpoena,” Murkowski said.

Murkowski’s explanation for a no-witness vote joins the one offered Thursday night by Sen. Lamar Alexander (R-Tenn.). The retiring Tennessee Republican actually said House Managers proved their case, saying President Trump did something “inappropriate.” He was not interested in hearing any more, however, and does not believe the president was accused of an impeachable offense.