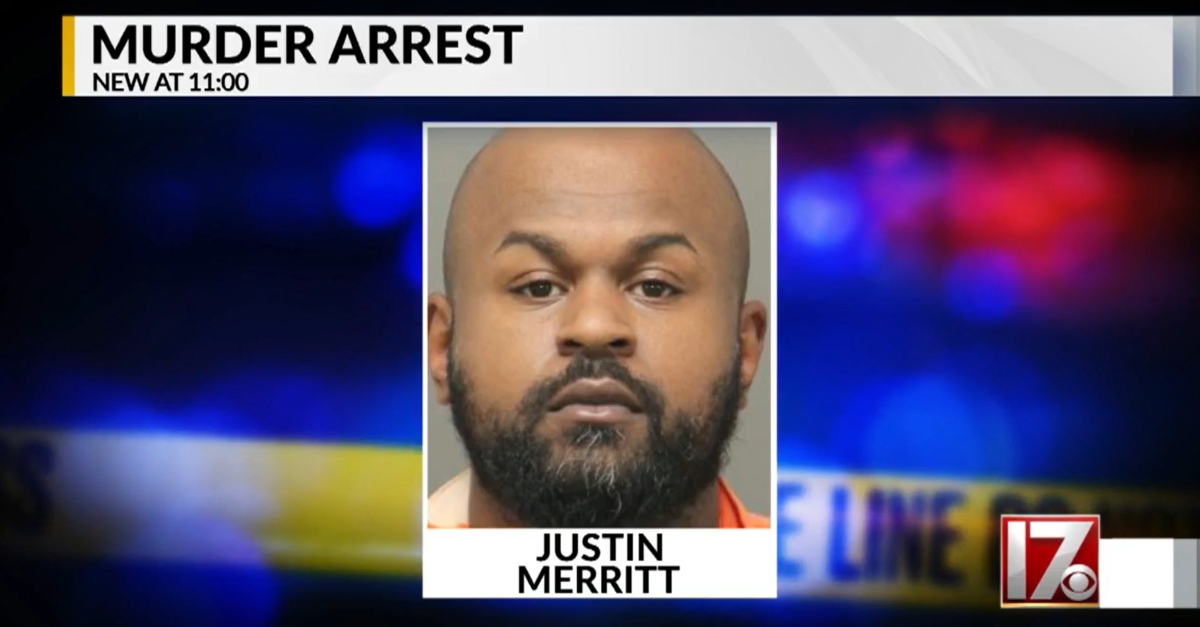 A Virginia man is now charged with murder after a North Carolina victim was believed to be found dead.

Defendant Justin Fernando Merritt, 34, originally faced charges in connection to a robbery case, according to CBS 17. Missing man William Anderson Banks Jr., 39, flipped used cars, selling them after repairing them, according to The Gaston Gazette. He was last seen Saturday. Ostensibly, he had gone out to show a potential buyer and their mechanic a 2011 silver Range Rover. Banks was said to be wearing blue Patagonia shorts, a gray shirt depicting a mountain, and flip flops.

Strictly speaking, Banks is still missing, but authorities believe he is dead.

“Based on investigative findings, foul play is suspected and the incident is being investigated as a homicide,” the Raleigh Police Department announced Wednesday in a news release reported by multiple outlets.

A body was found in Virginia, Raleigh police said. It is believed to be Banks’s. Positive identification is pending.

“He’s a great big brother,” his brother Mark Banks told CBS17. “We’ve been best friends since the day I was born.”

#BREAKING: According to @raleighpolice, a body believed to be that of William Anderson Banks has been recovered with the assistance of the Pittsylvania Co. Sheriff’s Office. The body will be sent to the coroner in Roanoke, VA, for autopsy and positive identification. @ABC13News pic.twitter.com/N2D7VGZHSy

Merritt was previously just charged with robbery, larceny of a motor vehicle, and possession of a firearm by a convicted felon. This case was brought in connection to the alleged theft of the vehicle. Now he is also charged with first-degree murder.

It is unclear if Merritt has an attorney in this matter.