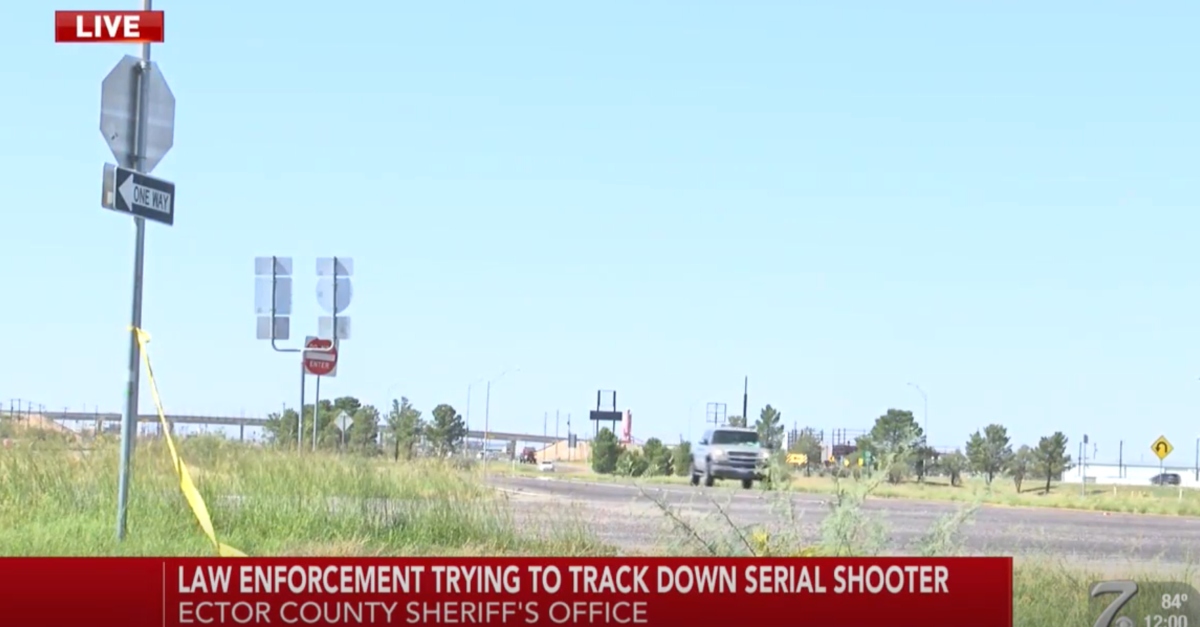 There have been four shootings in Ector County, Texas over three days, and deputies suggest the same person might be behind it. To be clear, however, they haven’t been able confirm that. At the very least, there’s been a spate of violence in the area.

“We cannot confirm it is the same individual, but we feel like it probably is,” Sheriff Mike Griffis said in a press conference Friday, according to KGNS.

Here’s how authorities described the incidents.

Deputies emphasize that they’re not sure the same person is behind this, but they are looking for a white extended pickup truck, thought to be an extended cab or crew cab. They couldn’t confirm the make or model, however.

Griffis said each of the incidents were “road side” related, and involved a suspect pulling up to a broken down vehicle before firing a gun. Handguns were used in each case, but featured different calibers, he said.

“We are asking the public to be ‘cautious’ and if you see anything suspicious to 911,” he said. He promised that they will bring the shooter to justice.

Griffis said at the press conference that the vehicle description in each incident was similar, but the description of the shooter varied. He said that the truck was either a two- or four-door vehicle.

The sheriff also said that the Thursday incident involved a vehicle that was a broken on the side of the road, and individuals involved needed help. The suspect apparently pulled up there offering help, but the incident “turned bad,” said Griffis.