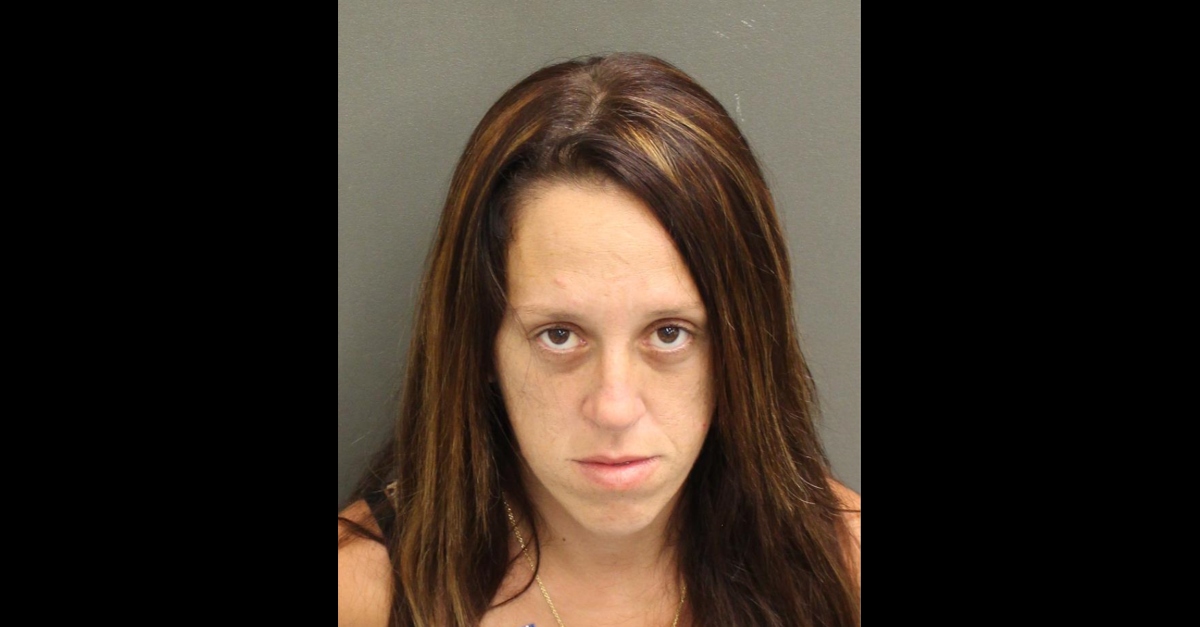 Authorities in Orange County, Florida arrested another person allegedly involved in the recent shooting death of a new Burger King employee. Ashley Mason, 31, was previously described, but not identified, in the allegations against her husband, Kelvis Rodriguez-Tormes, 37.

As deputies previously said, a woman (Mason) in a black sedan was waiting at a Burger King drive-thru, and got mad over the wait-time. An employee refunded her $40, and she left, but returned accompanied by a white truck, according to this account. Rodriguez-Tormes had arrived at the scene. He challenged victim Desmond Joshua Jr., 22, to a fight, and put the man in a headlock until a witness stopped that. Rodriguez-Tormes allegedly retrieved a gun from his truck, and told the victim he was giving him two seconds before shooting. He allegedly opened fire. The white truck and black sedan fled the scene. The alleged shooter was also accused of hiding the gun.

Joshua was on his second day of the job, according to the Mason arrest affidavit obtained by PEOPLE. In this account, the woman told investigators she had paid $33.11 of food for her family, and got mad about the wait time. Joshua refunded her the $40, and asked her to leave.

But Mason–who was on the phone with Rodriguez-Tormes, and her 13-year-old daughter was in the front seat–believed the employees were “being disrespectful and unprofessional,” deputies said. Her husband allegedly said he would go to the restaurant to “talk to them.”

Mason claimed she went back home before driving back to the Burger King, authorities said. Surveillance footage allegedly contradicted this, showing her in the Burger King parking lot waiting for her husband.

Both defendants are being held without bond. Mason is at the Orange County Jail on a count each of principal to first-degree murder, and aggravated assault with a firearm. It’s unclear if she has an attorney in this matter.

Rodriguez-Tormes remains at the jail on a charge each of first-degree murder with a firearm, destruction of evidence, and possession of a firearm by a convicted felon. Online records show that a public defender’s office represents him. Public defender Robert Wesley told Law&Crime in an email that they do not comment on pending cases.