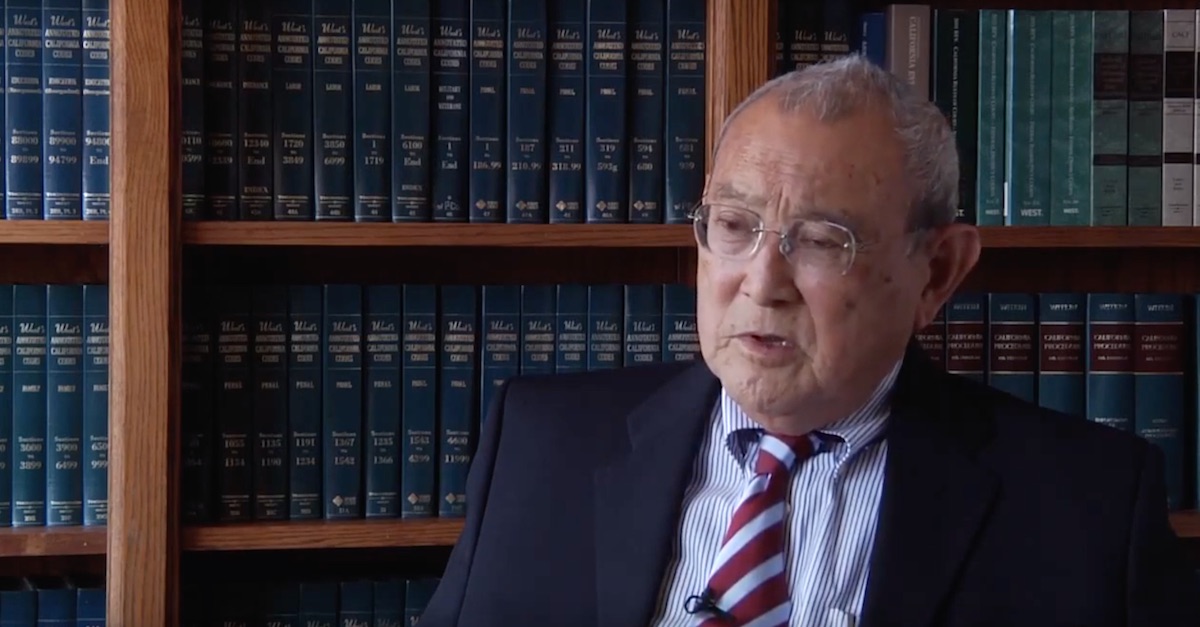 An appellate court on Tuesday overruled a district court’s acceptance of an armed robbery guilty plea because the defendant “inadvertently” placed a closed pocket knife on a counter while he was robbing a bank.

A. Wallace Tashima, a judge on the U.S. Court of Appeals for the Ninth Circuit, reversed Neal Bain‘s guilty plea for armed robbery and vacated the sentence because Bain “did not ‘put in jeopardy the life of any person by the use of a dangerous weapon” when he “inadvertently placed a closed pocket knife on the bank’s counter while pulling a plastic bag out of his pocket.”

The plastic bag was meant to hold the money from the heist.

Although Bain had a knife, Tashima wrote for the panel, Bain didn’t use the knife in a way that would “constitute the ‘use’ of a dangerous weapon under 18 U.S.C. § 2113(d).”

Bain said that he was in desperate need of money to support his heroin addiction when he robbed the Tempe MidFirst Bank and demanded $100 bills from the bottom drawer. Bain claimed that he never intended to use the knife to intimidate the teller and he only had it for self-protection while he was homeless.

Based on this background of the case, Tashima ruled that “the district court committed plain error in accepting Bain’s guilty plea without a sufficient factual basis, and the error affected Bain’s substantial rights.”

“We reverse Bain’s conviction for armed bank robbery, vacate his sentence, and remand [to the district court] for further proceedings,” he ruled.

The lower court magistrate judge in this case saw no issue with Bain pleading guilty to bank robbery, but he was initially skeptical of whether this was actually armed robbery under the law.

“I’m not sure placing a closed knife on the counter is an assault or would constitute putting in jeopardy the life of [the teller],” the judge said at a hearing. Then, at a subsequent hearing, the judge said the facts did not “meet the elements required by the statute or the jury instruction. So I’m not sure why we’re here.”

But after re-reading the Ninth Circuit jury instruction model for armed bank robbery, the judge accepted—along with the prosecution and defense—Bain’s guilty plea. The district court thereby sentenced Bain on the three counts to be served concurrently (as opposed to consecutively): 137 months on the two counts of bank robbery and 197 months for armed bank robbery.

The court pointed out in a footnote that the armed robbery count tacked on 60 more months (5 years), so this is not a small development for Bain.

As the facts of the case show, Bain did not appear to fully understand what was happening to him:

The magistrate judge then turned to Bain, and Bain expressed confusion about what had just occurred in the proceedings:

THE COURT: So Mr. Bain, now to you. All this lawyer talk.