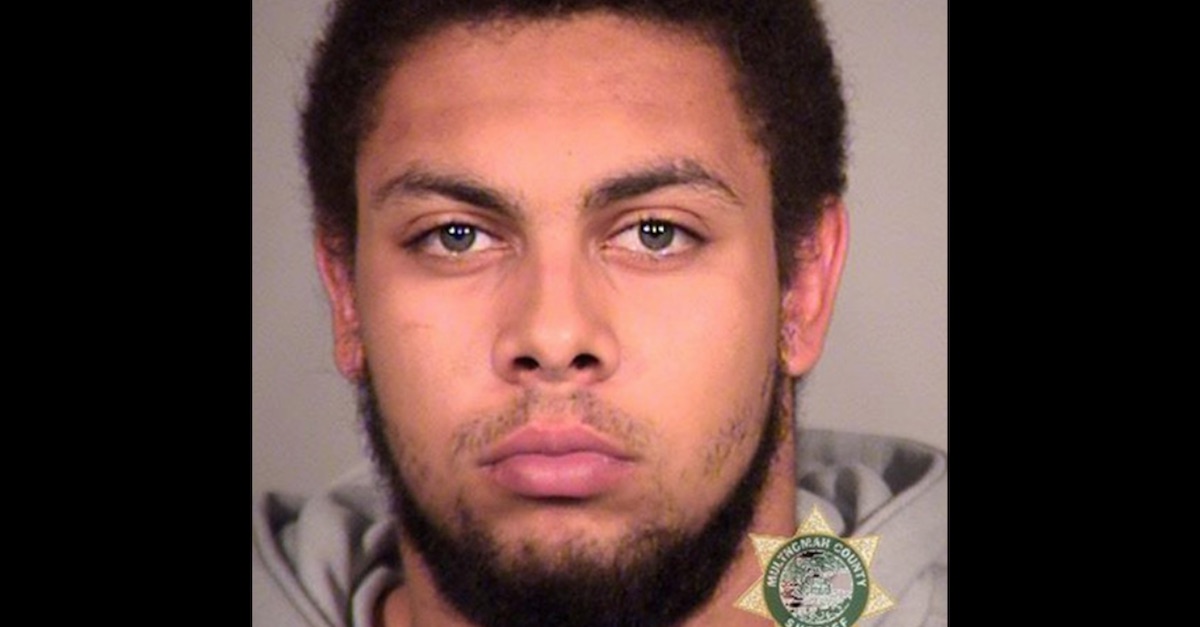 The U.S. Department of Justice announced on Tuesday that a 20-year-old Portland man has been charged for allegedly threatening a federal employee near the Mark O. Hatfield U.S. Courthouse on Monday.

The suspect, identified as Dakota Kurtis Means, is accused of following the employee around 5:30 a.m. on Monday, “yelling obscenities,” carrying a paintball gun, and threatening to bring an “AR” later.

“Means was carrying a black colored paintball rifle and yelled ‘it’s a paintball gun now, but it’s going to be an AR later,’ seemingly referring to an AR-15 assault rifle,” according to Portland federal prosecutors. “Means was arrested a short time later near the courthouse by U.S. Marshals Service deputies.”

Means faces charges for forcibly assaulting, impeding, and intimidating a federal employee. He entered a not guilty plea on Monday. A one-day jury trial is scheduled for Oct. 27.

The Mark O. Hatfield U.S. Courthouse has been a “nightly target of vandalism during evening protests and riots, sustaining extensive damage,” the Department of Homeland Security said as recently as three weeks ago.

Acting Homeland Security Secretary Chad Wolf testified in August that the presence of federal officers in Portland was necessary because local and state police let violent threats at the courthouse go unchecked.

The feds say that they have made numerous arrests in connection with “nightly criminal activity” that started on May 26—the day after the Minneapolis police killing of George Floyd. The alleged crimes, according to the government, include “assaults on law enforcement officers, destruction of property, looting, arson, and vandalism.”

Portland police have made hundreds of protest-related arrests since late May.

[Image via U.S. Attorney for the District of Oregon]