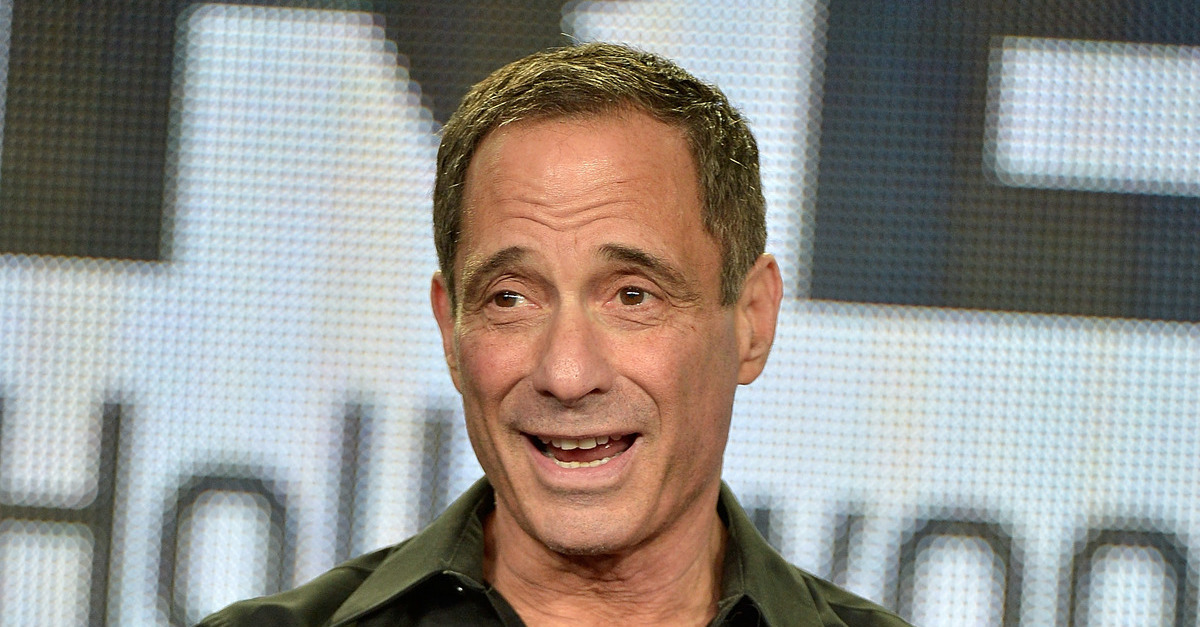 Longtime on-camera talent and producer Bernadette “Bernie” Zilio alleged that, under the direction of founder Harvey Levin, male staff at TMZ–and its associated website TooFab–routinely subjected her and other female colleagues to a toxic and sexist environment.

“Ms. Zilio, along with her female colleagues, was belittled and abused, held to different and more stringent standards, excluded from business and social interactions in which only male employees participated, denied advancement opportunities, and retaliated against when she resisted the sexist and misogynistic ways,” the complaint obtained by Law&Crime said.

The filing cited a 2014 BuzzFeed News article about the rise of TMZ, which contained several anecdotes from former employees cataloguing Levin’s reported disdain for federal and state anti-discrimination laws–specifically protections for women.

“Unfortunately, even after this exposé, Mr. Levin still tolerated and condoned a sexist and misogynistic work environment where women who opposed this environment were abused or abruptly terminated,” the complaint said.

Zilio described an alleged pattern in which she and a female colleague were sharply “reprimanded if they did not have enough ideas” when they showed up for work in the production department at TooFab. But, the complaint alleges, “nothing was ever said to the men when they showed up without any ideas.”

Several other instances of allegedly disparate and gender-based treatment were described.

“The men frequently showed up late to work, left early or sometimes did not show up at all, including on days when there were award shows and all staff was required to be present,” Zilio claimed. “If any of the women ever did the foregoing, they would be scolded loudly.”

“Kapsch frequently used the terms ‘Dumb,’ ‘Stupid,’ ‘Terrible,’ ‘Useless,’ ‘Worthless,’ and ‘Idiots’ to describe Ms. Zilio and her female colleagues,” the complaint alleged. “After the insults and name calling, Ms. Zilio and her female colleagues frequently went someplace private to cry, for fear that showing their emotions in front of their male boss would only reaffirm his stereotyped view of women.”

Zilio claimed she filed a 10-page complaint with TMZ’s human resources department and other higher-ups, but said that the complaint ultimately went nowhere.

The lawsuit also described other allegedly sexist and demeaning encounters with TooFab managing editor Shyam Dodge and senior producer Ross McDonagh and alleged that both men “aided and abetted the discriminatory harassment against Ms. Zilio and her female colleagues.”

The filing goes on to claim that when Zilio or other women complained about their treatment in the workplace, they were retaliated against for daring to speak up and vindicate their rights.

“Incredibly, Ms. Zilio was terminated within a few days of Warner Bros. and EHM’s Human Resources telling Ms. Zilio that it rejected her complaints about the sexist and misogynist treatment, and instead accepted the excuses her male supervisors gave for the differential treatment,” the complaint continues–noting the studio and production company responsible for TMZ.

And the abuse allegedly didn’t end there.

“Following Ms. Zilio’s termination, Ms. Zilio raised further complaints – this time that her termination was retaliation for having filed internal complaints of discrimination,” the filing goes on. “In response, Respondents threatened Ms. Zilio that they would sue her if she proceeded with her claims and sought to inform the public about her experiences. The message was clear – Respondents were trying to keep her quiet and threatened her with financial ruin if she did not comply. This was obviously intended to intimidate her and dissuade her from seeking justice.”

TMZ and TooFab released the following statement in response to an inquiry about Zilio’s complaint:

As Ms. Zilio and her attorney are well aware, TooFab.com parted ways with Ms. Zilio because of multiple and documented incidents of plagiarism and inaccurate reporting. These incidents were addressed at the time and Ms. Zilio acknowledged her errors. This is a blatant attempt to use negative publicity and inaccurate claims to force TooFab and TMZ to pay a monetary settlement. We will vigorously defend against any attempt to mischaracterize what is a legal and justified employment decision.

“The only way to fix a toxic work environment is to truly encourage employees to speak up and provide a genuinely effective avenue to raise concerns,” Zilio’s attorneys David E. Gottlieb and Bryan L. Arbeit of Wigdor LLP said in a statement. “Ms. Zilio’s experience demonstrates the exact opposite approach at Warner Bros. and EHM Productions where Ms. Zilio was shunned after she first complained, fired after she complained a second time, and then threatened if she dared to speak publicly about her experiences.”

Law&Crime also reached out to EHM and Warner Brothers for comment on this article but no response was forthcoming at the time of publication.