Suspect Identified After 75-Year-Old Man Was Punched for Asking a Woman to Social Distance at Store, Authorities Say 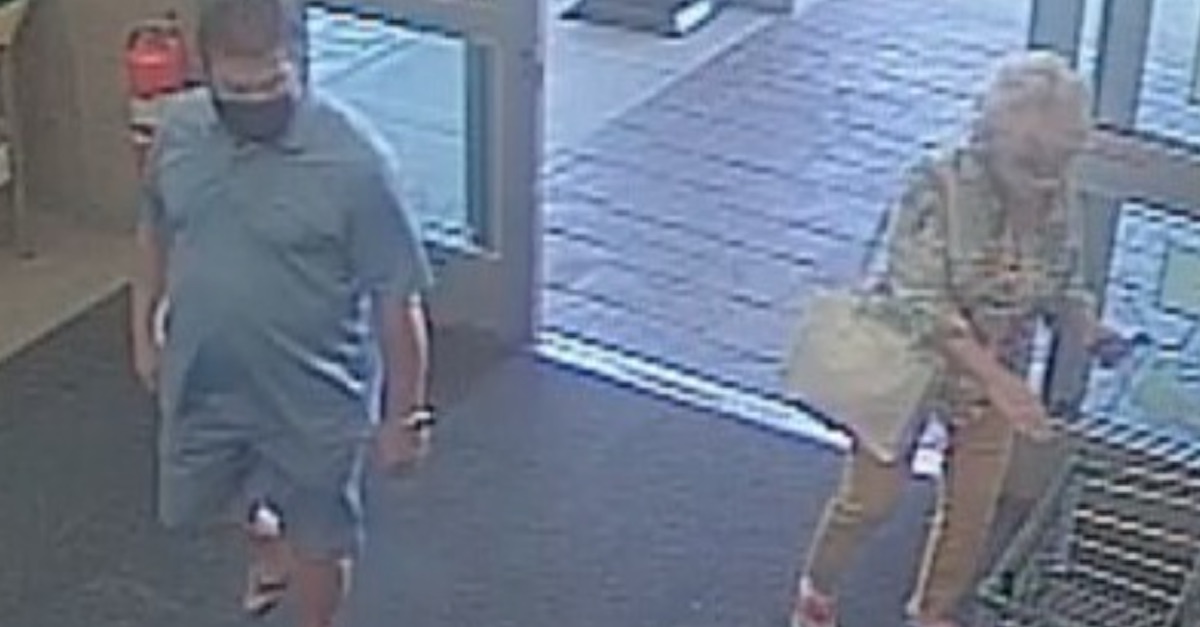 Authorities in Daytona Beach Shores, Florida announced that they have identified two individuals who were sought in connection with the alleged battery of a 75-year-old man at a Publix Super Market on Sunday. The Daytona Beach Shores Department of Public Safety (DPS) said that the suspect, a man who has not yet been named, punched an elderly man in the parking lot after the alleged victim asked the woman, pictured above, to observe social distancing guidelines amid the coronavirus pandemic.

The dispute apparently originated in the checkout line.

“The suspect and the woman in this photo came forward. They have both been identified and are cooperating with the investigation,” the Daytona Beach Shores DPS said on Tuesday. “We are still attempting to locate witnesses.” The DPS asked anyone with pertinent information to call 386-763-5347.

Authorities initially said in a news release that they needed help identifying the individuals you see pictured above and below.

It is alleged that the suspect punched the 75-year-old man who had recently had heart surgery:

The victim reported being punched in the chest by the suspect. The punch caused the victim to fall to the ground and hit his head on the asphalt. The victim claimed while in line at checkout, he asked the woman pictured below to abide by social distancing guidelines. The victim stated there was no confrontation with the woman while in the store, but he observed her in the passenger seat of the suspect’s vehicle as they left the parking lot, which lead him to believe they were related. The vehicle is described as an older model dark colored Cadillac.

Florida law says that the “offense of battery occurs when a person […] 1. Actually and intentionally touches or strikes another person against the will of the other; or 2. Intentionally causes bodily harm to another person.”

Local news reports said that investigators intended to pursue a felony charge for aggravated battery on the elderly. It’s unclear at this time if the suspect’s decision to turn himself in will impact potential charges.

This video just released by @DBShoresPS showing the suspect in the attack on a 75-year-old man outside Publix #WESH pic.twitter.com/7uJkSopdtJ

WESH, citing a police report, said the suspect made a verbal threat after striking the alleged victim: “One word and I’ll kill you.”