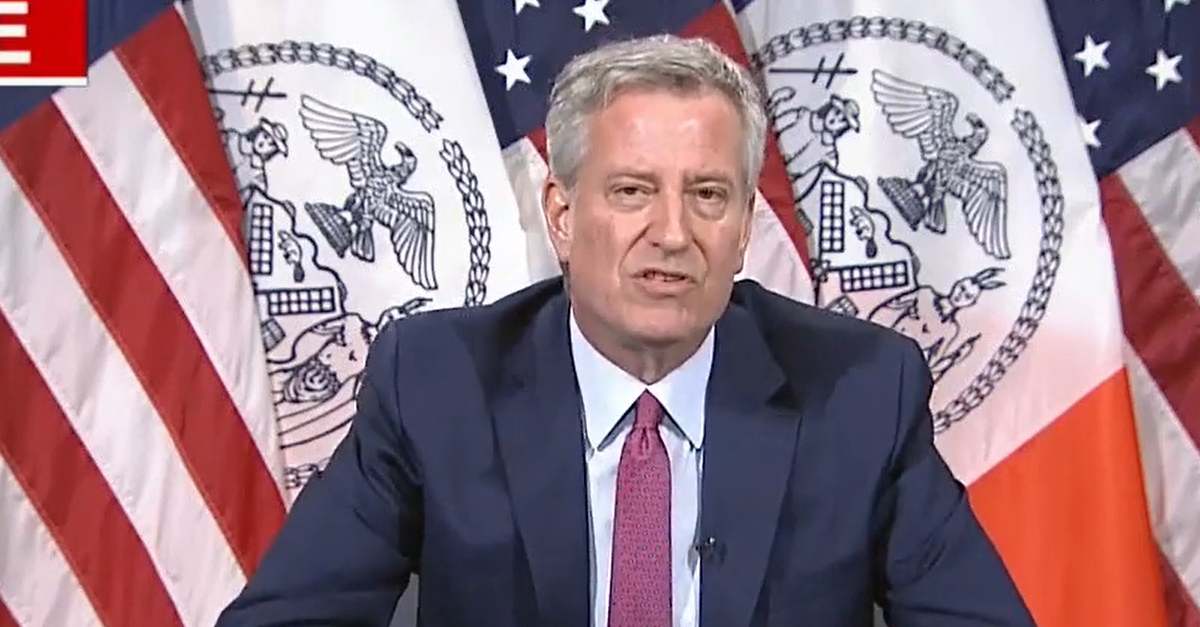 The Sergeants Benevolent Association, a New York City police union, released records for Mayor Bill de Blasio‘s daughter Chiara de Blasio, who was charged amid the weekend protests. But in doing so, the organization released some of her personal information. This reportedly included her social security number and address.

Likely not. Further highlighting the change we need in the DA’s office. pic.twitter.com/5XwDfJcggN

“How can the NYPD protect the city of NY from rioting anarchist when the Mayors object throwing daughter is one of them,” said the SBA’s post. “Now we know why he is forbidding Mounted Units to be mobilized and keeping the NYPD from doing their jobs.”

The tweet is down. Clicking on a Google link to the post leads to a Twitter advisory that it’s “longer available,” and leads to a link regarding the site’s enforcement options.

The SBA did not immediately respond to a Law&Crime request for comment.

The development came out of the arrest of Chiara de Blasio, 25. She was part of a group of about 100 people that threw things at police, though she didn’t throw anything, according to sources for The New York Daily News. The younger de Blasio was arrested on 12th St. and Broadway near Union Square at 10:30 a.m. Sources said she refused to leave the scene when cops told her to. De Blasio wasn’t brought in, but was given a desk appearance ticket. She was charged with unlawful assembly.

Chiara de Blasio, mayor Bill de Blasio’s daughter, was arrested around 12th and Broadway in Manhattan on Sunday night, NYPD confirms, alleging she was in the street with other protesters and didn’t leave when police told them to.

Bill de Blasio said he only found out about his daughter’s arrest after press reports.

“She was acting peacefully,” he said on Monday. “She believes that everything that she did was in the spirit of peaceful, respectful protest. And the bottom line is, I will let her speak for herself in any what that she wants to. But I admire she was out there trying to change something that she thought was unjust, and doing it in a peaceful manner.”