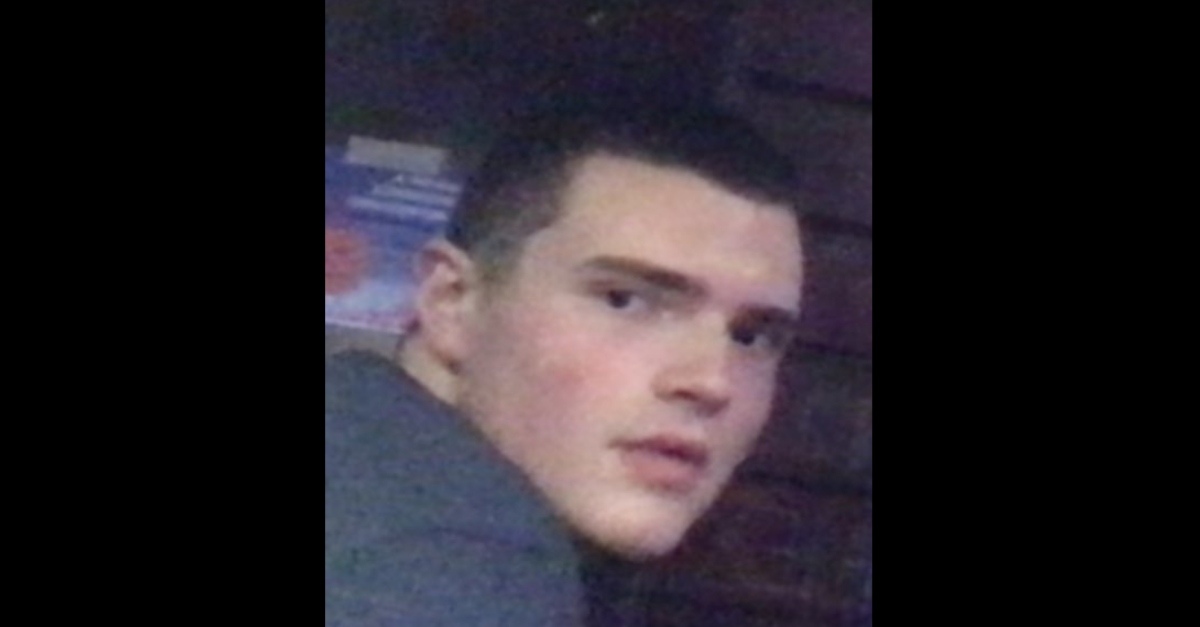 Where is Peter Manfredonia? The Connecticut man remains in the wind days after he allegedly killed two men, injured a third, committed a home invasion, and kidnapped a woman in a bid to cross state lines. Here’s what to know about the ongoing case.

1. The Case Started with a Murder on Friday, Police Say

State police released a timeline in which they got a 911 call at 9:01 a.m. on May 22 reporting a disturbance in the town of Willington, Connecticut. Troopers responded to the scene and found Theodore DeMers dead, they said. The victim offered Manfredonia a ride after the suspect’s motorcycle broke down, according to a source close to the investigation and cited by the CT Post. A second man tried to help DeMers, but was critically injured, cops said. Authorities described him as now being in stable condition. Cynthia DeMers, who was the victim’s wife, described the injured man as an elderly neighbor, according to The Hartford Courant.

The source in the Courant report said that the suspect was on the way to see an ex-girlfriend when his motorcycle broke down.

Police in Derby, Connecticut reported an abandoned vehicle discovered Sunday morning. This was registered in Willington, close to the scene of the Friday slaying.

Cops arrived at that Willington residence and busted their way into the home after they weren’t able to contact the homeowner. According to cops, troopers discovered that Manfredonia had committed a home invasion, stealing guns and a vehicle.

Derby cops said they later received a 911 call for a well-being check on a person on Roosevelt Drive. Police reported the worst case scenario: He was found dead at the home. Authorities identified him as Nicholas Eisele, 23. On top of that, someone from the residence had been kidnapped, and a 2016 Volkswagen Jetta was stolen, officers said.

Eisele has been described as being an acquaintance of Manfredonia. Eisele’s family has started a GoFundMe to pay for his funeral. Although the goal was $10,000, more than $33,000 has been raised as of Wednesday.

Police say that the stolen vehicle and the uninjured kidnapping victim were found in New Jersey by the border with Pennsylvania. This person said that Manfredonia was their abductor, cops said.

4. Maybe Seen in East Stroudsburg, Pennsylvania, Though There Was One Other Possible Sighting

Pennsylvania State Police said that an Uber dropped off Manfredonia at a Walmart in East Stroudsburg, Pennsylvania, which is near the border with New Jersey. Security footage depicted him walking with a dufflebag on train tracks behind the business, they said. This final part of the released timeline is dated Sunday at 2 p.m.

Officials have suggested that the dufflebag is full of firearms.

There may or may not be another sighting. Police in Duryea, Pennsylvania (which is about an hour drive, or about a 50 mile walk northwest of East Stroudsburg) said they got a call on Tuesday night about a suspicious person who allegedly fled from the picnic grounds of the Germania Hose fire company. From cops:

When officers arrived on scene the witness a member of the fire department provided a description of the male who was carrying a large backpack who fled from the area towards the wooded area and railroad tracks. The suspect was hiding behind the dumpster to the rear of the property possibly laying behind the dumpster. The male didn’t respond to the fireman asking him what he was doing prior to leaving the scene. The description provided by the fireman was very similar to the wanted person from Connecticut.

Duryea police said they weren’t able to find anyone, or confirm if it’s the “suspect from Connecticut,” but they’re asking that locals keep an eye out for anyone suspicious or matches this description: “A white male wearing a cream or light colored shirt and a carrying a black duffle bag/backpack.”

Connecticut police were on the look out for another stolen vehicle, but they didn’t confirm if Manfredonia was behind this. Nonetheless, they’re pointing it out while also advising people to call 911 but not approach the suspect.

***WILLINGTON HOMICIDE UPDATE*** Looking for a stolen Black Hyundai Santa Fe, PA reg KYW-1650, NOT CONFIRMED that it’s the suspect, but was stolen from the area he was last seen. DO NOT APPROACH, call 911 immediately https://t.co/0itfcvjEdF

Pennsylvania State Police later suggested that Manfredonia crossed state lines yet again. They said they got a tip regarding a possible sighting at a Sheetz in Chambersburg, Pennsylvania.

“Witness descriptions and images form surveillance footage match that of Peter Manfredonia,” they said. “The stolen Hyundai Santa Fe was recovered in the area of Sheetz. The individual in the surveillance images obtained an UBER driver and was driven to Hagerstown, Maryland. The black bag is still in his possession and he was wearing red sneakers.”

You can see surveillance pictures in the tweet below.

If seen, DO NOT APPROACH, HE IS CONSIDERED ARMED & DANGEROUS, CALL 911 IMMEDIATELY!

Update: May 27, 5:16 p.m.: We added a fifth entry to the list, saying that according to police, Manfredonia was possibly sighted in Maryland.