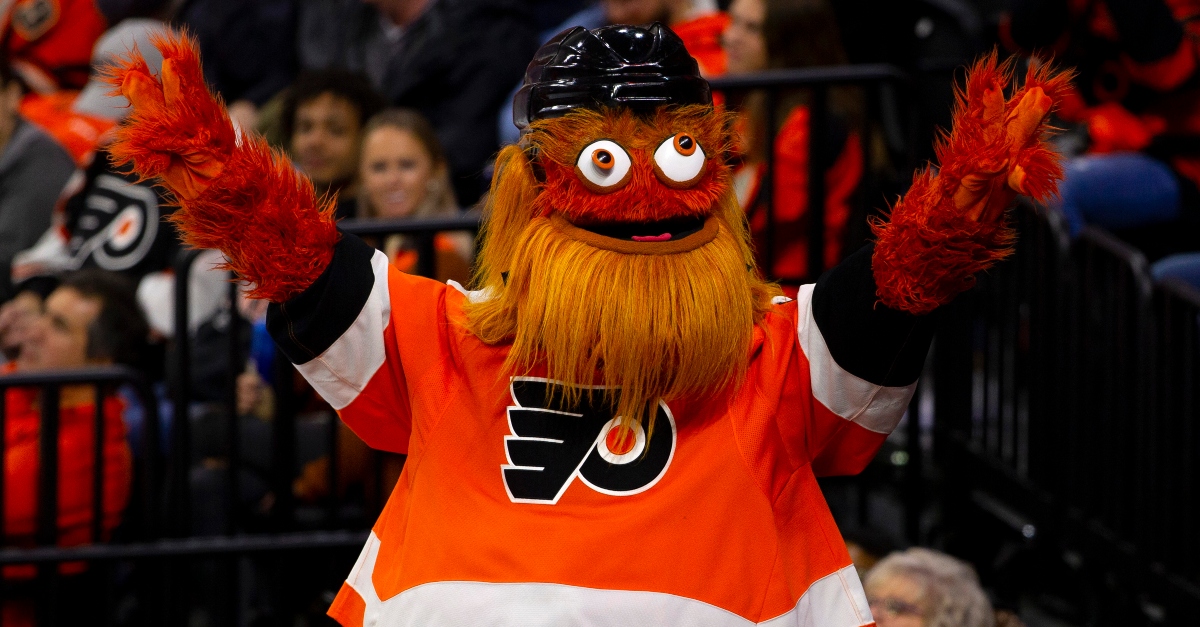 Everyone, relax! Gritty’s not going to jail! Police in Philadelphia, Pennsylvania say he didn’t assault a 13-year-old boy.

This is how they put it in a statement provided to Law&Crime: “That investigation, which has been completed and is no longer active, determined that the actions of the individual portraying the Flyers’ mascot did not constitute physical assault as alleged.”

Chris Greenwell had claimed he brought his son to the Wells Fargo Center (where the Philadelphia Flyers play) for an exclusive event for ticket holders. In this story, they waited in line for an hour. The teen got a picture with Gritty, and patted the mascot’s head playfully, according to the account. The man in the suit allegedly didn’t take this well: He ran at the boy, and punched him in the back, Greenwell said. The incident allegedly happened November 19, but the complainant reported it to cops about a month later after the managing company said they didn’t find evidence that the attack happened.

Greenwell told CBS Philadelphia the incident left him with an almost $300 hospital bill for treating his son.

Police still aren’t spelling out what they alleged happened that day, but they do say it wasn’t assault.

So there you go: police aren’t going after Gritty. The incident caught national attention, and sparked numerous amused responses on social media.

honestly that kid is just lucky that Gritty didn’t shank him with a sharpened skate https://t.co/PC5YmlsP04

i still adore that at no part of this whole story has any reporting indicated that there is a human inside of the costume.

all stories treat Gritty as a sentient being itself https://t.co/oKIA73eZll