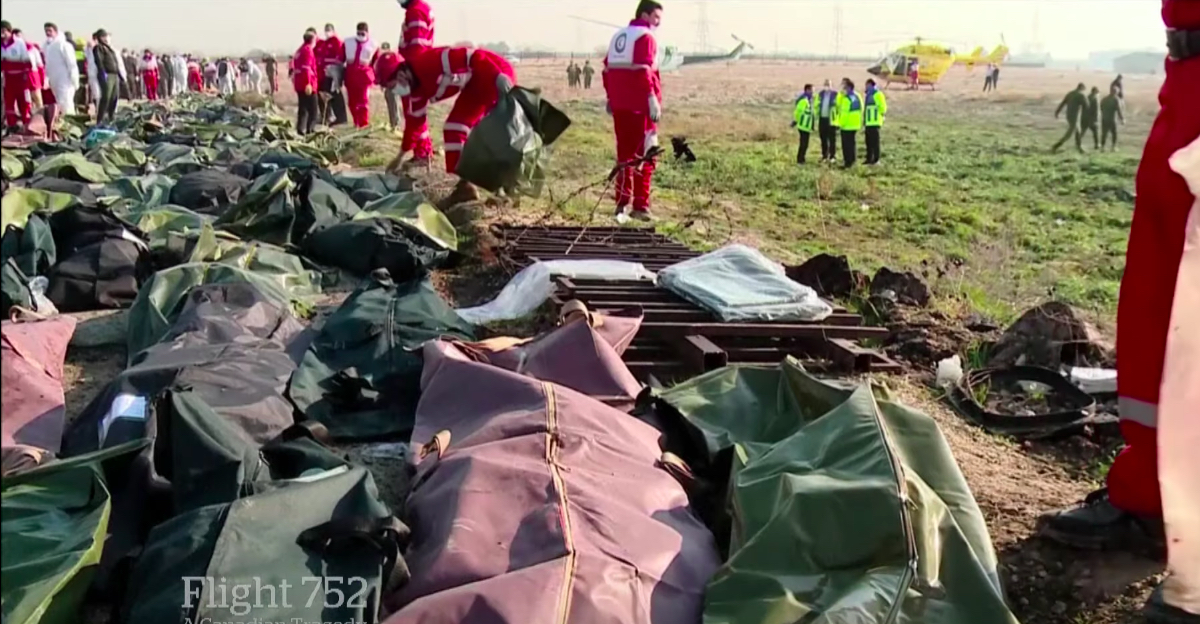 The aftermath of Ukrainian Flight 752 shot down over Iran

An audio recording leaked Sunday night by Ukraine’s President Volodymyr Zelensky confirmed that Iran knew right away that it shot down a Ukrainian International Airways Flight 752 earlier this month, killing all 176 people on board.

The leaked audio “proves that the Iranian side knew from the start that our plane had been hit by a missile,” Zelensky said in an interview coinciding with the release of the tape, according to a Reuters report.

Immediately after the plane was shot down, the crash was blamed on technical problems with the plane. For days, Iran claimed that was the case, reportedly going to “great pains” to cover up its true role in the tragic incident before finally conceding that its Revolutionary Guard fired on the plane after mistaking it for an incoming U.S. cruise missile.

But the leaked audio confirms that Iranian officials were immediately aware of their military’s involvement in the downing of Flight 752.

On the recording, which was released on a Ukrainian television station Sunday night, the pilot of Iranian Aseman Airlines flight EP3768 can be heard telling an air traffic control official in Tehran that he saw “the light of a missile” being launched from the ground in Tehran and flying through the sky just prior to Flight 752 exploding and crashing.

The following exchange was transcribed by Buzzfeed News on Monday morning.

Pilot: “There’s a flare on the route, like something from a missile. Should anything like this be happening there?”

Pilot: “Can’t say for sure. But I think it is near (airfield) Payam, (city) Karaj.

Tower: “How many miles? Where?

Pilot: “I now see the light as it flies off of there.”

Tower: “We were not informed of this.”

Pilot: “That’s definitely a flash from a missile.”

Tower: “It’s not flying toward the city (Tehran), is it?”

Pilot: “It might be. Oh, no it was flying from the direction of the city.”

Tower: “We were informed of nothing, but keep watching.”

Moments later, the control tower repeatedly tries to reach flight PS752, asking, “do you read?” But it never responds.

Iranian officials blamed Ukraine for telling the truth about what happened, calling it confidential evidence. They then used this as an excuse to cease sharing more information.

“This action by the Ukrainians led to us not sharing any more evidence with them,” Hassan Rezaifar, the Iranian official in charge of accident investigations at Iran’s Civil Aviation Organization said, per Reuters. Rezaifar also said that all foreign investigators, including those from Ukraine, have left Iran since the release of the tape.