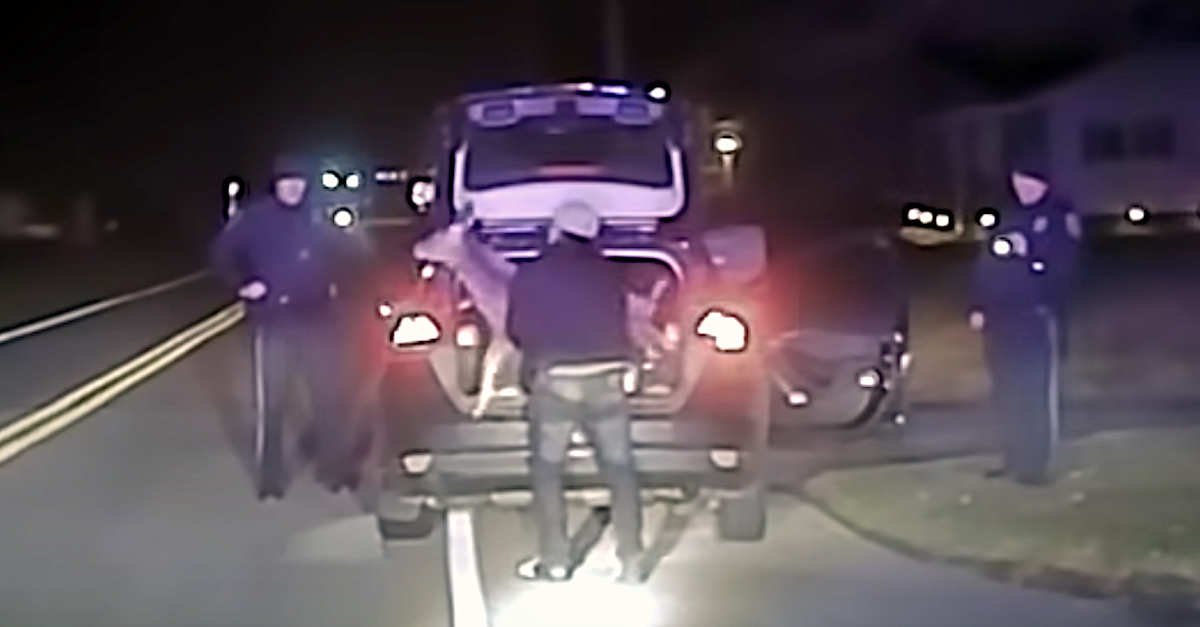 Pennsylvania police officers captured video of a passenger removing a live deer from the trunk of a vehicle during a traffic stop, the Newberry Township Police Department reported this week.

“[T]he driver was suspected of being under the influence of drugs/alcohol when the officer noticed the live animal in the back of the vehicle,” an online blurb explained.  “The occupants told the officer they had struck the deer with the vehicle before placing it in the hatchback area.”

The woman behind the wheel and her passenger apparently thought the deer was dead.

“After a short time,” however, “they had realized the deer was still alive continued to drive with the animal in the vehicle,” the police wrote.

The police department posted its dashboard camera video of the encounter on YouTube. 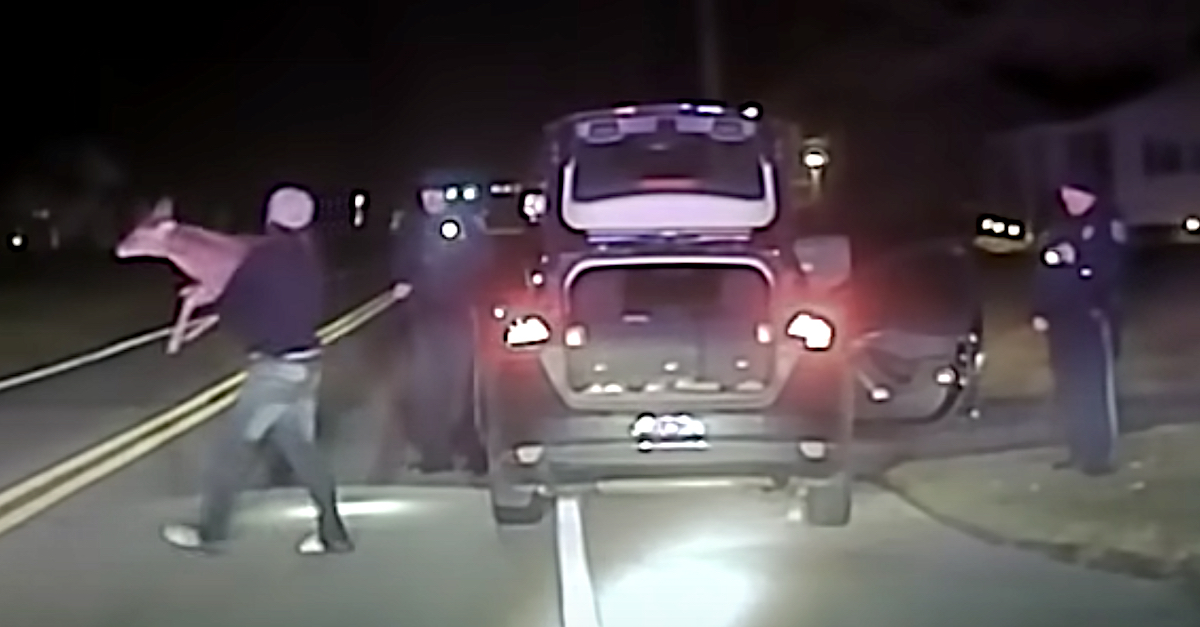 The recording shows the passenger in the vehicle, described only as a 21-year-old from York Haven, hoisting the deer from the rear of the car as officers stood nearby with flashlights.  The deer started to kick its legs before allowing the man to carry it across the road and out of the view of the camera. 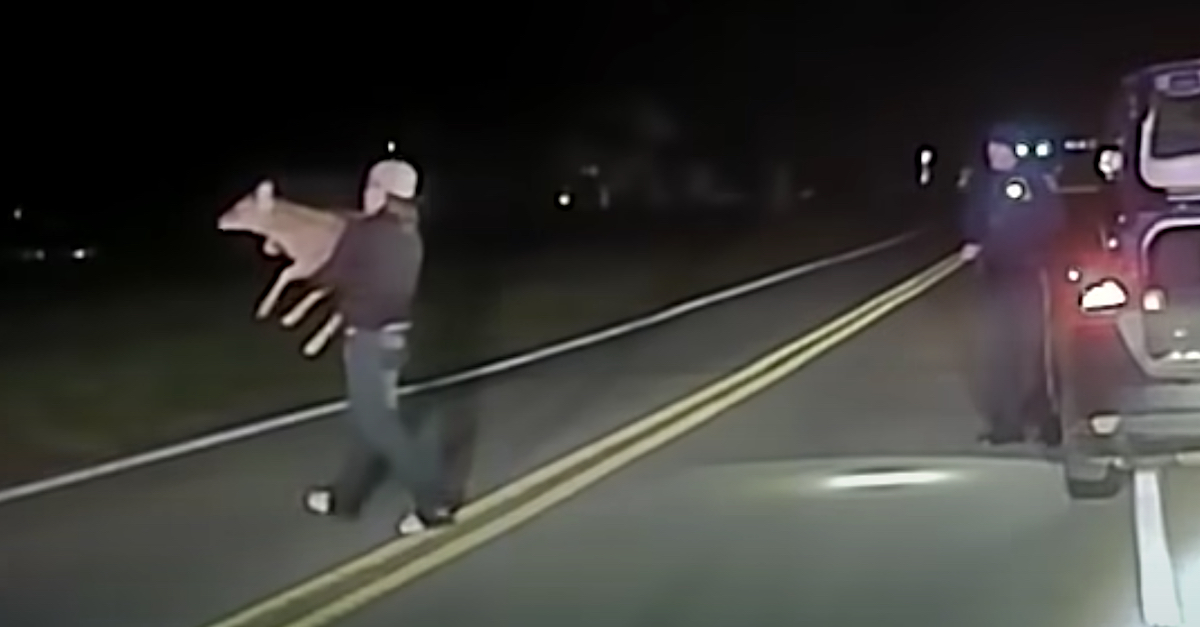 Police said a 19-year-old woman was behind the wheel.  She was taken into custody for what officers described as a “DUI investigation.”

The Pennsylvania Game Commission is further looking into the incident, the police noted.

The police did not release the names of the driver or of the occupant of the car, and it’s unclear whether either one has been charged with a crime.

“This deer wasn’t in the headlights,” FOX News cheekily said online. “[I]t was in the trunk.”

[All images via the Newberry Township, Pa. Police Department/YouTube screengrab.]