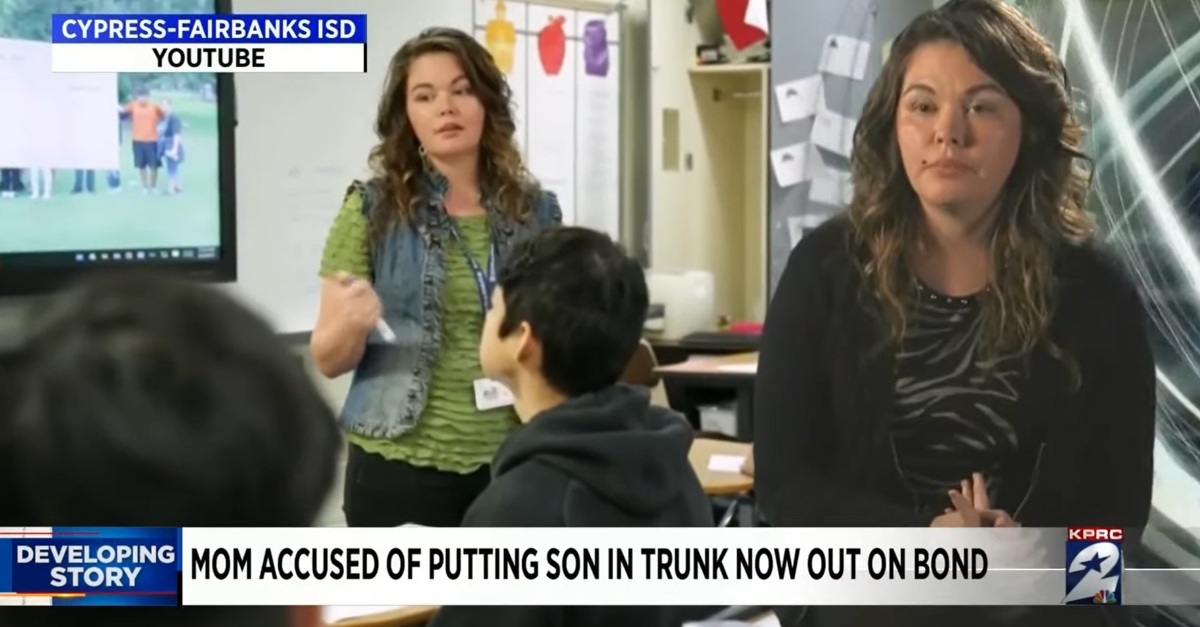 A teacher put her teenage son in the trunk of her car because she did not want to catch COVID-19 from him while driving, according to authorities in Houston, Texas. Sarah Hadassah Beam, 41, was taking him to get tested again, officers said.

According to Cypress-Fairbanks Independent School District police, a health official was at Pridgeon Stadium on Monday receiving information from vehicles in line for COVID-19 testing. Beam was there, officers said. She said her 13-year-old boy tested positive for COVID-19, and she put him in the trunk to keep her from getting exposed to the virus while driving him for more testing, according to this version of events.

“Witness stated that when she requested to see the child (K.H.), defendant had to unlatch the trunk of the vehicle in which the child was lying down inside the trunk,” officers said.

The official said Beam would not get COVID-19 testing until the boy went to the back seat.

An police officer said he used surveillance cameras from a nearby middle school to find that the boy did leave the car trunk and entered the back seat on the passenger side.

Beam is a teacher for the Cypress-Fairbanks Independent School District.

“CFPD was alerted that a child was in the trunk of a car at a drive-thru COVID-19 testing site earlier this week,” the school district wrote in a statement obtained by KPRC. “Law enforcement conducted a full investigation, resulting in a warrant for arrest. Thankfully, the child was not harmed.”

Beam is reportedly on administrative leave. She faces a count of endangering a child. She made bond at $1,500 and has no attorney of record.

[Screenshot via Cypress-Fairbanks ISD by way of KPRC]