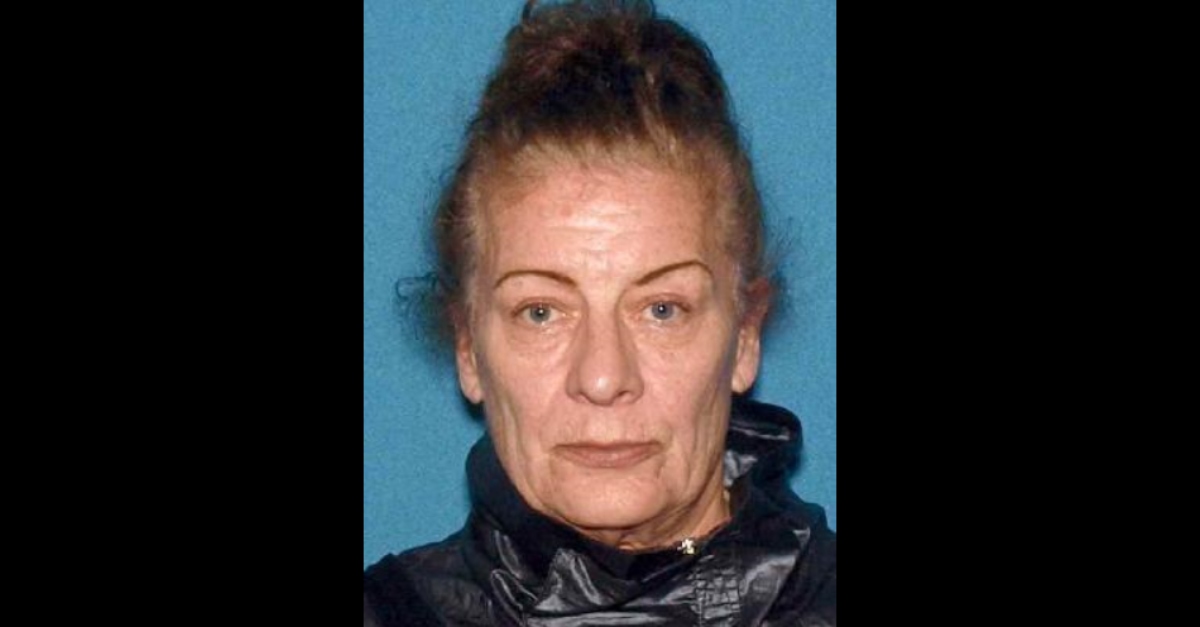 A New Jersey woman is accused of murdering her roommate.

Alyson R. Gill, 55, was charged last Friday with first-degree murder and third-degree possession of a weapon for an unlawful purpose, according to The Press of Atlantic City. Prosecutors say her roommate Somers Hickman, 67, died strangulated. They say the victim was also beaten with a glass statue.

According to the Office of the Atlantic County Prosecutor, Somers Point Police went to the victim’s home to perform a welfare check at the request of neighbors on March 30. Hickman turned out to be dead. Authorities said an autopsy was performed on March 31, and the pending cause of death was blunt force trauma. Someone killed him, investigators said.

That someone was allegedly Gill. The motive remains unclear, but police said they’d had trouble shortly before the homicide: Hickman called in a domestic violence claim on March 17. Friends and family said they hadn’t heard from him after that.

Officers said that during the welfare check, they found the victim with a “ligature wrapped” around his neck. They also claimed to find a broken glass status, which had apparent blood on the base, according to the affidavit reported by the Press.

The investigation led them to Gill.

Authorities claim she hadn’t been seen since March 21; when searching for her, they said that she had a number of physical and mental issues. Investigators said that she turned up in Atlantic City, and at first lied about who she was. In any case, Gill allegedly claimed that she’d moved out of the residence before Hickman was killed.

A witness statement allegedly contradicted that: this person purportedly said that Gill called them several times on March 26, and said she still lived at the home. The defendant allegedly claimed to the witness that Hickman was leaving for a period of time.