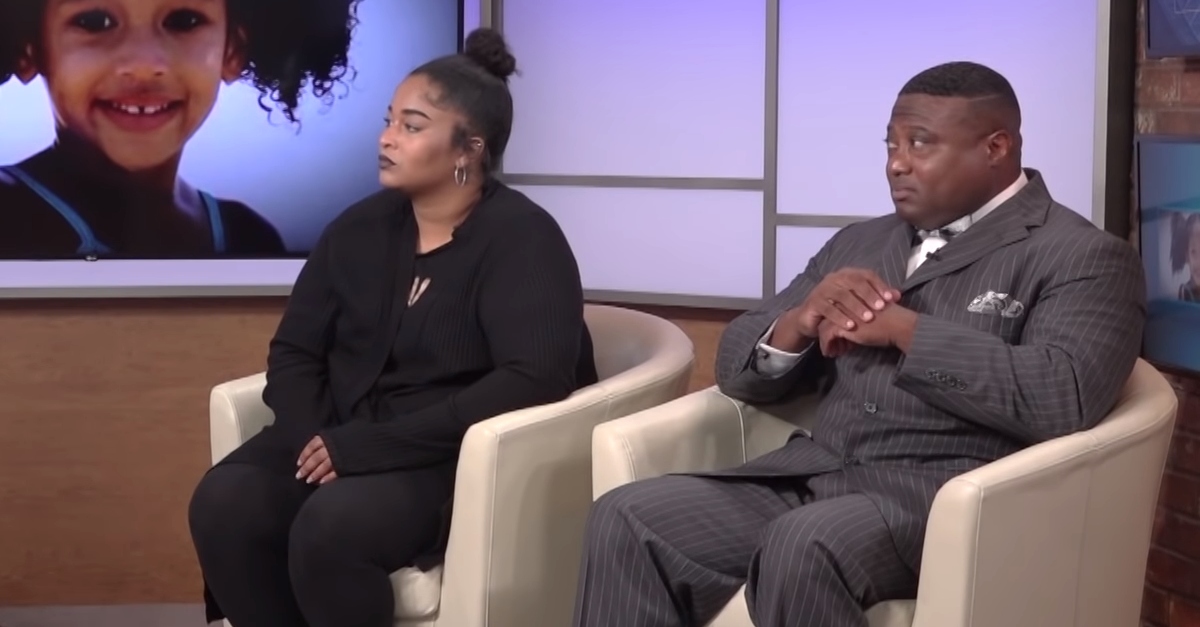 The mother of missing 4-year-old Maleah Davis has split from her spokesman Quanell X, and each side is pointing fingers at the other. Brittany Bowens says he misrepresented the family’s past. He says she covered up abuse.

At first, the spokesman didn’t tell Fox 26 reporter Ivory Hecker why he split from his client. As for Bowens, she said that she dumped Quanell X, and that he lied about details in the case, including Davis being molested. She insisted that Maleah was never abused, though she claimed there was an instance where (as Hecker paraphrased it) “Derion did whoop Maleah just once.” He didn’t do it again after she confronted him, Bowens said.

“There is a reason to believe, based on what I know now, there’s issues of him [Derion Vence] possibly molesting young Maleah,” Quanell X said earlier this month, according to ABC 7.

Police arrested Vence for allegedly tampering with evidence. They claim he lied about the story of Davis’ kidnapping. Investigators said they believe the 4-year-old has probably passed away.

Quanell X followed up on Bowens’ statement with one of his own. He accused her of being the liar and of covering up physical abuse committed by Derion Vence. He claimed he discussed this with prosecutors.

A spokesman for the Harris County District Attorney’s Office didn’t say if Quanell X spoke with the office, or if they were able to corroborate anything he said.

“At this point, we are limiting our comment on anything in this case to what is said in the courtroom or filed in court records,” Dane Schiller told Law&Crime in email.

This isn’t the first time Quanell X, a community activist, had a bad break from people he worked for. For example, a mother and son sued him in Texas last year, and claimed he presented himself as an attorney. He denied wrongdoing and said that his contract made clear that he was not a lawyer. The People’s New Black Panther Party cut ties with Quanell X amid allegations that he failed to deliver services for people he was paid to represent.

Anyone with information on Maleah’s whereabouts is urged to contact HPD Homicide at 713-308-3600 or @CrimeStopHOU at 713-222-TIPS. Media partners: all updates on this case will be disseminated here. #hounews pic.twitter.com/8F0PRPRgFN