Police Search for Missing Connecticut Mother of Five, 50 — Here’s What We Know

Police in New Canaan, Connecticut are looking for missing woman Jennifer Dulos, 50. Here’s what we know about this developing case.

She was last seen Friday driving a 2017 black Chevrolet Suburban, police said on Monday (it is pictured below).

We are asking anyone who had contact with Jennifer Dulos on Friday May 24th, 2019 or has information regarding her disappearance to call the New Canaan Police Tip Line at 203-594-3544.

The police image showed a vehicle of the same make, model and color. To be clear, this isn’t her Chevy, just the same type. A source said that the vehicle was found Friday, according to The Hartford Courant. 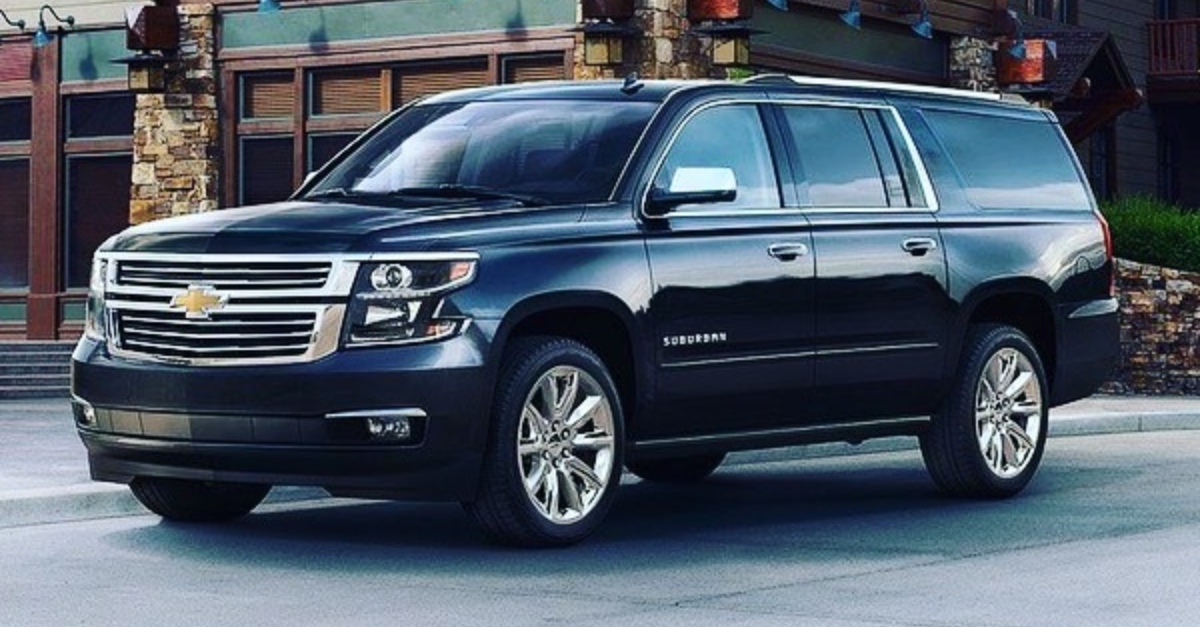 A silver alert was issued for the missing woman, cops said. In Connecticut, this covers not just people age 65 or older, but also those 18 and older if they are “mentally impaired.”

A New York State Police helicopter is now helping with the search for Jennifer Dulos, the New Canaan woman who has been missing since Friday #MissingPerson pic.twitter.com/aLUW1DR6DN

A New Canaan police officer got into this New York State Police helicopter that is now flying over Waveny Park as the search continues for 50 yr old Jennifer Dulos. @NBCConnecticut #NBCCT pic.twitter.com/zsIZKZFSPV

“Since learning of the disappearance of Jennifer Farber Dulos, our beloved daughter, mother, sister, cousin, aunt, and friend, we have been heartbroken; at the same time, we are moved and inspired by the support, assistance, concern, and love extended by so many,” Dulos’ family said in a statement.

They voiced doubt that this “devoted” mother of five would ever disappear.

Dulos is splitting from her estranged husband, Fotis Dulos, 51. She claimed in court filings that she was afraid of him, and that he has made threats; he denied the allegations, according to the Courant.

She claimed that her husband had an affair and wanted to move his mistress into the house. She had a 10-year-old daughter.

“I have rented a home in New Canaan, Connecticut, so that I can safely leave the marital residence with the children and live close to their school,” Jennifer Dulos wrote.

A status conference in their divorce case was postponed Wednesday. His attorney argued that he should be granted custody of the five children. The kids are currently with their mother-in-law in New York City, said the attorney.