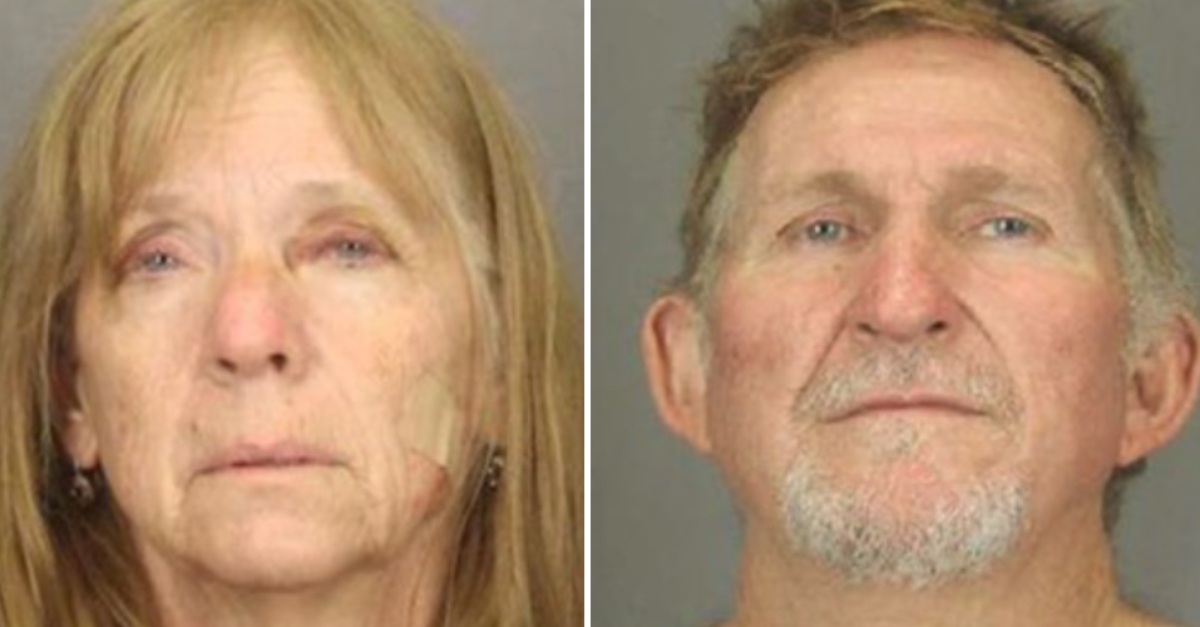 A fugitive couple on the run after taking their transport team hostage was captured on Wednesday, say deputies.

“Blane and Susan Barksdale have been located and taken into custody without incident,” said the Navajo County Sheriff’s Office in Arizona. “The Navajo County Sheriff’s Office assisted the US Marshall’s Service in capturing the fugitives this evening. More information about the arrest will be released tomorrow morning during a joint news conference with the US Marshall’s.”

Blane Barksdale, 56, and wife Susan Barkdale, 59, escaped custody August 26 while they were being extradited from New York to Arizona in the alleged first-degree murder of Frank Bligh, 72, according to US Marshals. The couple had stolen more than 100 firearms from the victim’s residence, and burned down the home.

During the transfer, the Barksdales “overpowered and kidnapped” their two guards and a third inmate near Blanding, Utah, authorities said. They allegedly drove the prison van to Vernon, Arizona, picked up a GMC Sierra pick-up truck from an acquaintance, and later abandoned the prison van with the occupants left inside.

“I urge the public not to be deceived by the physical appearance of the Barksdales,” said U.S. Marshals Service Director Donald Washington. “While they may look friendly, both have demonstrated a propensity for violence and should be considered armed and dangerous. The couple’s alleged blatant disregard for human life and the law have made them both a priority for us. We believe this elevation and the public’s vigilance will ultimately result in their apprehension.”