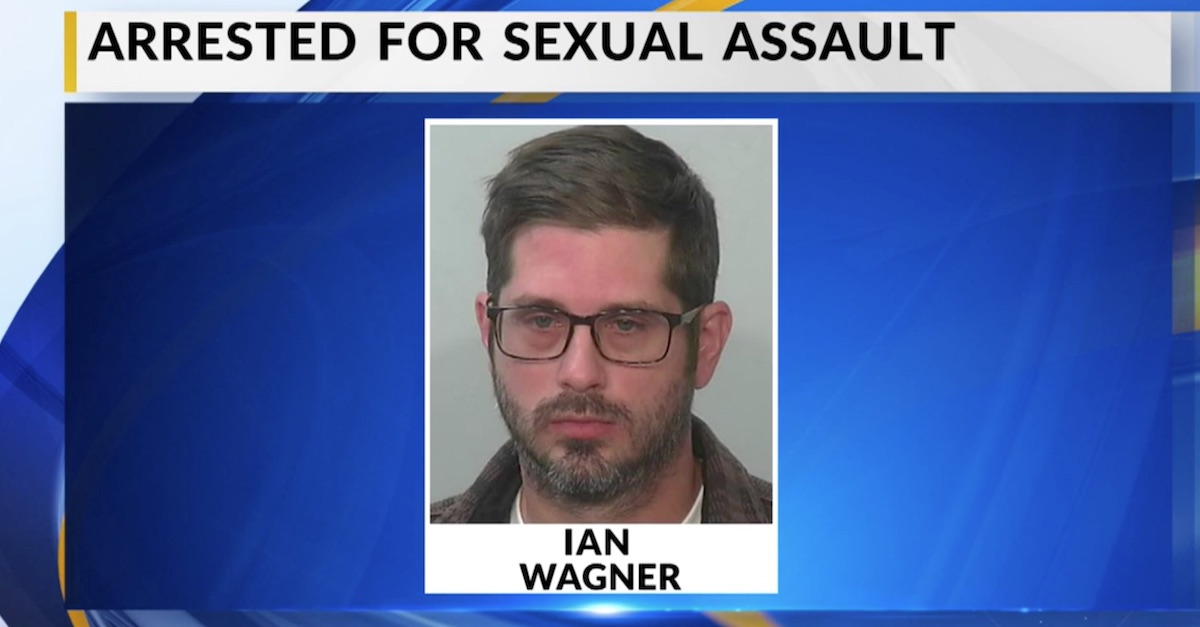 An Indiana man, 39, pleaded guilty on Wednesday to sexually abusing a sleeping teenager on a flight from Indianapolis to Denver, Colo., federal prosecutors announced on Wednesday.

On Oct. 6, 2017, Ian Wagner was seated on a flight next to an 18-year-old he did not know. The indictment noted that Wagner knew the sleeping teenager was “incapable of appraising the nature of the conduct and physically incapable of declining participation in, and communicating an unwillingness to engage in, the sexual contact.”

When the teenager woke up mid-flight to find Wagner rubbing her inner thigh, she pulled her leg away, took a picture of him, and got up to use the restroom and look for another seat, prosecutors say.

Prosecutors say that she returned to find Wagner with a jacket over his lap, moving his hand up and down beneath it, and staring at her.

The woman complained to Frontier Airlines, who identified Wagner as the perpetrator.

He was indicted under seal on Sept. 24, 2020, a little less than a year ago. Authorities arrested him in Fort Wayne, Indiana, a few weeks later on Oct. 4.

A year later, a witness claimed to have seen Wagner “fondling his exposed penis while parked at a dance studio where his daughter and a witness’s daughter both took classes,” according to court records.

The witness claimed to recognize both Wagner and his 3-year-old, who was said to be in the back seat of the vehicle.

Wagner tried to suppress the evidence of his alleged prior acts because he had never been convicted of those offenses, but the judge denied that motion in June.

He pleaded guilty to one count of abusive sexual contact on Wednesday, a few months after that defeat.

Now scheduled to be sentenced on Dec. 15, Wagner faces up to three years in prison. He will be forced to register as a sex offender.