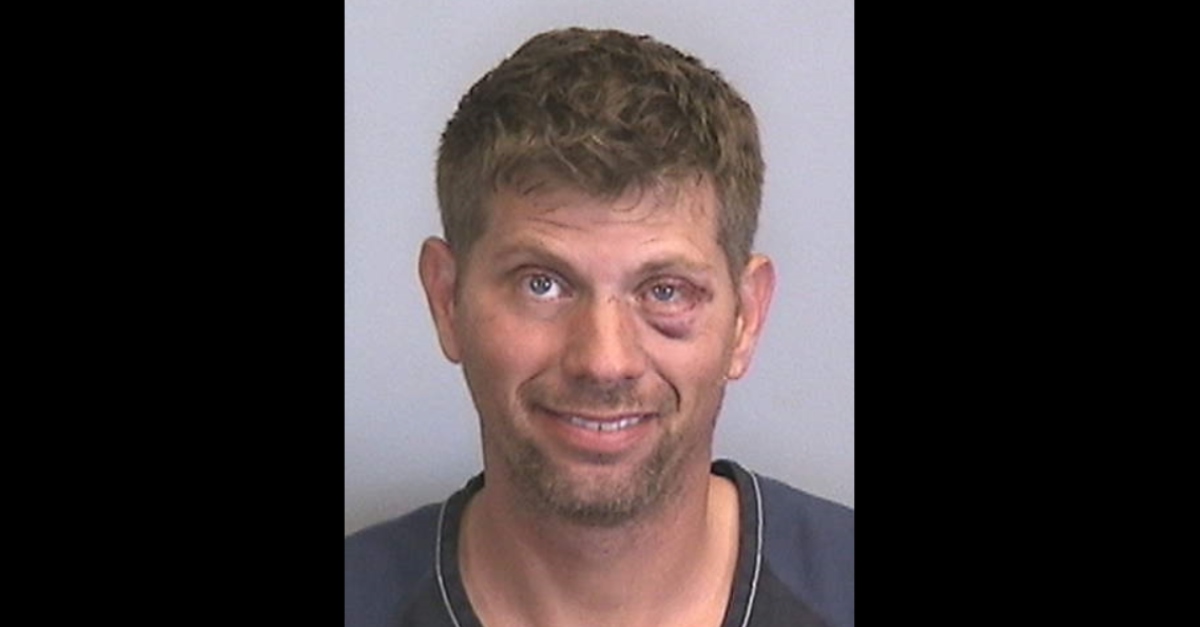 A man in Manatee County, Florida is accused of hanging his neighbor’s emotional support dog to death, then punching a child who refused to help him get rid of the body.

Robert Leroy Edwards, 38, was charged Wednesday abuse of a child without great bodily harm, battery, contributing to delinquency, and torture of an animal, according to WFLA. He allegedly used an electrical cord to hang a black lab named Midnight because she was barking.

“I keep thinking about how my dog suffered,” Richard Hunt, a disabled Navy veteran, told the outlet. “And how she looked at him, and cried and whimper to try to get away.”

He said his neighbor Edwards hung Midnight while Hunt was staying on his own son’s property in Manatee County. The dog had already passed when the Navy vet got onto the scene.

Edwards allegedly didn’t leave things at just killing the canine. Deputies claim he tried to get a child to help get rid of the body. The kid refused, so the defendant punched boy in the face, authorities said.

“He needs to have the book thrown at him, and if the book’s not heavy enough, we need to find more books,” Hunt said.

Edwards’s attorney of record did not immediately respond to a Law&Crime request for comment. The defendant is scheduled for a bond hearing to take place February 20, and an arraignment the following day. He remains at the Manatee County Jail in lieu of $62,000 bond.