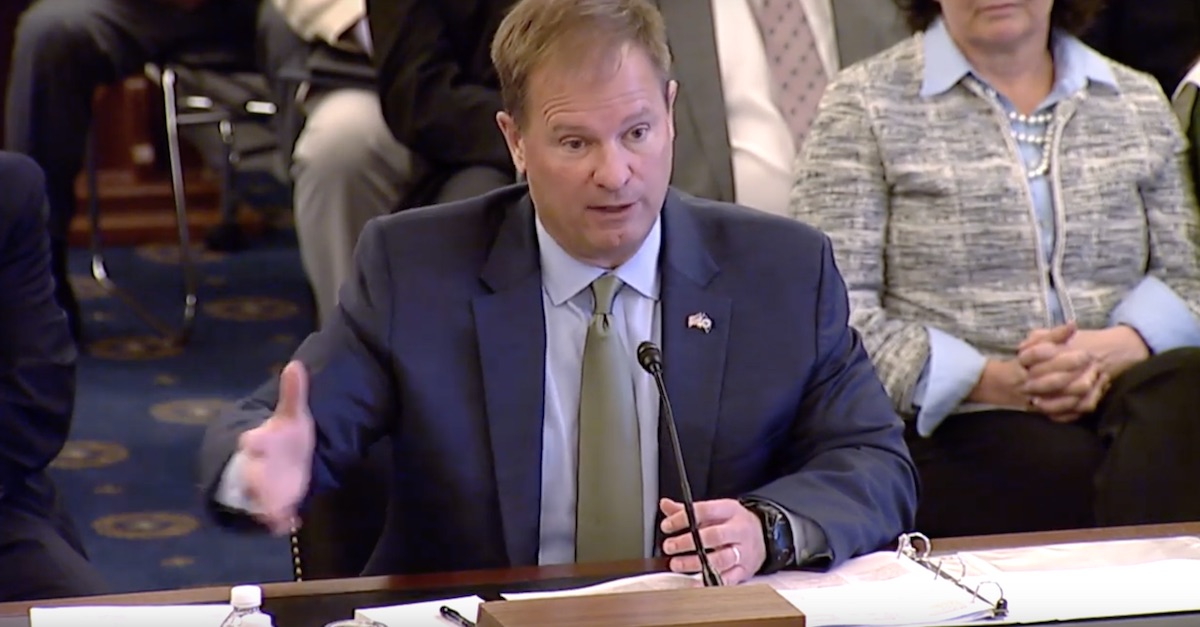 James Byrne is no longer the Deputy Secretary of the Department of Veterans Affairs, Secretary Robert Wilkie confirmed on Monday in a statement to Axios.

Byrne, by our count, is out of a job 145 days after being confirmed to the position by the U.S. Senate. The Deputy Secretary, the VA notes, is “second in command and Chief Operating Officer for the Department,” and “directs the policy and operations of the Department and provides broad direction to the Department’s Staff Offices, ensuring coordinated action and conformance with the Secretary’s directives.”

On September 11, 2019, Veterans’ Affairs Committee Chairman Sen. Johnny Isakson (R-Ga.), said he was pleased Byrne was confirmed to his post by a vote of 81-11.

“I am pleased that the Senate has confirmed Mr. Byrne’s nomination to serve as the deputy secretary of the VA,” Isakson said in a statement. “As the VA continues to implement significant reforms over the next several months, it is going to be crucial for the department’s leaders to ensure it is operating effectively, efficiently and in the best interest of our veterans. I look forward to working with Mr. Byrne as we continue to transform the VA into a department worthy of our veterans.”

On Monday, Secretary Wilkie said Byrne was “dismissed” because leadership no longer had confidence in his ability to do the job.

“Today, I dismissed VA Deputy Secretary James Byrne due to loss of confidence in Mr. Byrne’s ability to carry out his duties. This decision is effective immediately,” Wilkie said, per Axios.

In a May 2019 press release announcing that Byrne’s nomination would be heard, the Committee highlighted his decades of experience in the public sector, whether in the military or as a federal prosecutor:

Prior to joining the VA, Byrne served in Lockheed Martin Corp.’s legal department as the chief privacy officer and lead attorney for information technology, cyber security and counterintelligence. Byrne has more than 20 years of experience in the public sector, including service as a deployed Marine infantry officer and a U.S. Department of Justice (DOJ) international narcotics prosecutor. Byrne is a distinguished graduate of the U.S. Naval Academy, where he received an engineering degree and ultimately held the top leadership position of brigade commander.