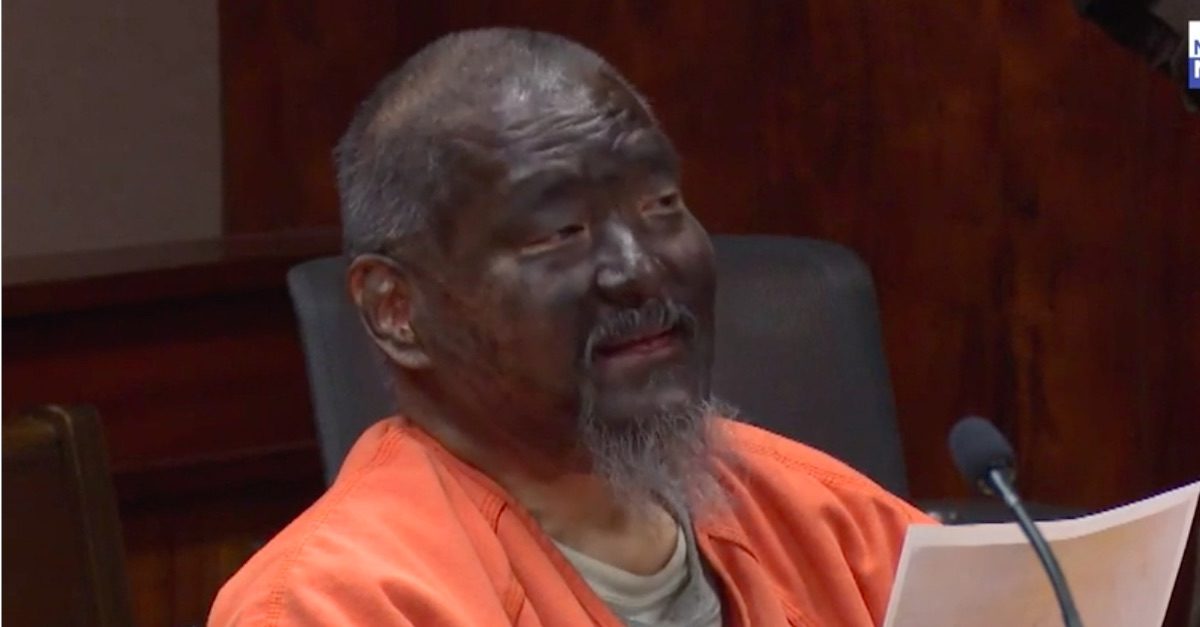 A man convicted in March of violently attacking other travelers in a road rage incident went on a racist tirade while wearing blackface during his sentencing hearing on Monday in an Oahu courtroom. Mark Char was found guilty of attempted murder and assault after being accused of stabbing three people in 2016 on the H-1 Freeway in Hawaii. Char pleaded not guilty and testified that he was acting in self-defense, despite stabbing one of his victims five times during the confrontation.

Monday’s court proceeding was intended to be a standard sentencing hearing for Char, but the defendant seized the opportunity to upbraid his legal defense team and the judge presiding over the case in a rant that lasted almost three minutes. He did so while wearing blackface that court officers believe was applied with a permanent marker, according to Hawaii News Now.

Char referred to his conviction as a “prime example of the corruption and conspiracy” in the prosecutor’s office. He also referred to his trial as a “kangaroo court,” saying he was “not given a fair trial” and that an “incompetent court-appointed attorney” was forced upon him.

Finally, he said that he was wearing blackface because he was being treated “like a black man.”

Char then requested the court to put a stay on his sentencing pending his appeals.

Judge Todd W. Eddins was clearly perturbed by Char’s explicitly racist rant and went on to deny his request to stay sentencing.

“This continues a pattern of disruptive behavior designed to undermine the administration of justice,” Eddins said, before sentencing Char to life in prison with the possibility of parole.

Mark Char, who was convicted of a violent road rage attack earlier this year, dressed in blackface during a sentencing hearing Monday. The opposite picture was taken earlier this year. https://t.co/I7mu2zRa7w pic.twitter.com/gtQsAv9Sly