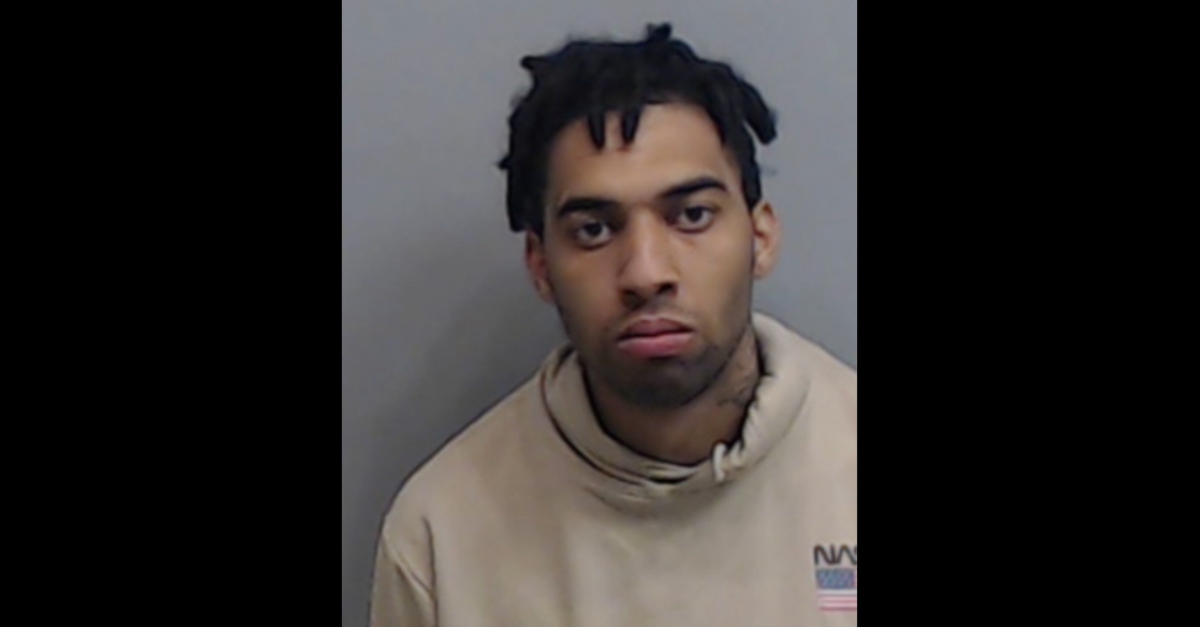 The man wanted in the alleged murder of 7-year-old Kennedy Maxie has been arrested. Police in Atlanta, Georgia announced on Wednesday that Daquan Reed was apprehended in Hampton, Virginia. Extradition is pending.

Daquan Reed was arrested in Hampton, VA & will be extradited to Atlanta for the murder of 7 YO Kennedy Maxie. Thanks to our Investigators, the Fugitive Team, the U.S. Marshals Office, & everyone that made this arrest possible. We look forward to seeing justice take its course. pic.twitter.com/H2cz2pFCQq

A Hampton jail staffer told us that Daquan Reed is being held there as a fugitive from justice. Online records viewed by Law&Crime show the defendant was scheduled for a hearing to take place Thursday morning. This was continued. Another hearing is set for January 21.

JUST IN: The man police say fired the shot that killed 7-year-old Kennedy Maxie in Buckhead has been arrested in Hampton, Virginia. Maxie was hit while inside the car with family days before Christmas @FOX5Atlanta pic.twitter.com/hJ00pLgVXi

Atlanta police say Maxie was shot in the head and fatally wounded as she was riding in her aunt’s car by the Phipps Plaza shopping mall on December 21. She survived at first, but she eventually succumbed to her injuries. The case went more than a week without a publicly identified suspect. That changed with a press conference on Dec. 29.

Atlanta police detective Lt. Pete Malecki said Reed, described at the time as a Virginia man with a felony conviction for forgery, got into an argument at Saks Fifth Avenue. The suspect left the parking lot in a vehicle, but he fired from the window in a “senseless act of rage,” Malecki said. One of the rounds struck Maxie, according to this account.

At the time, Malecki declined to elaborate on the evidence directly tying Reed to the shooting.

Reed’s attorney Steve Washington–who was his lawyer in a 2019 case, in which the defendant was convicted as an accessory after the fact in a shooting at the MacArthur Center in Norfolk, Virginia–told WAVY that Maxie’s death was a “complete tragedy.” He was reserved with details particular to the case, however, and asked the public to keep an open mind regarding his client’s alleged guilt.

“We don’t have any facts, or any evidence,” he said. “We don’t have anything right now, so respectfully, I ask that everyone just to reserve their judgment right now and just allow the facts and the evidence to play out in a court of law.”