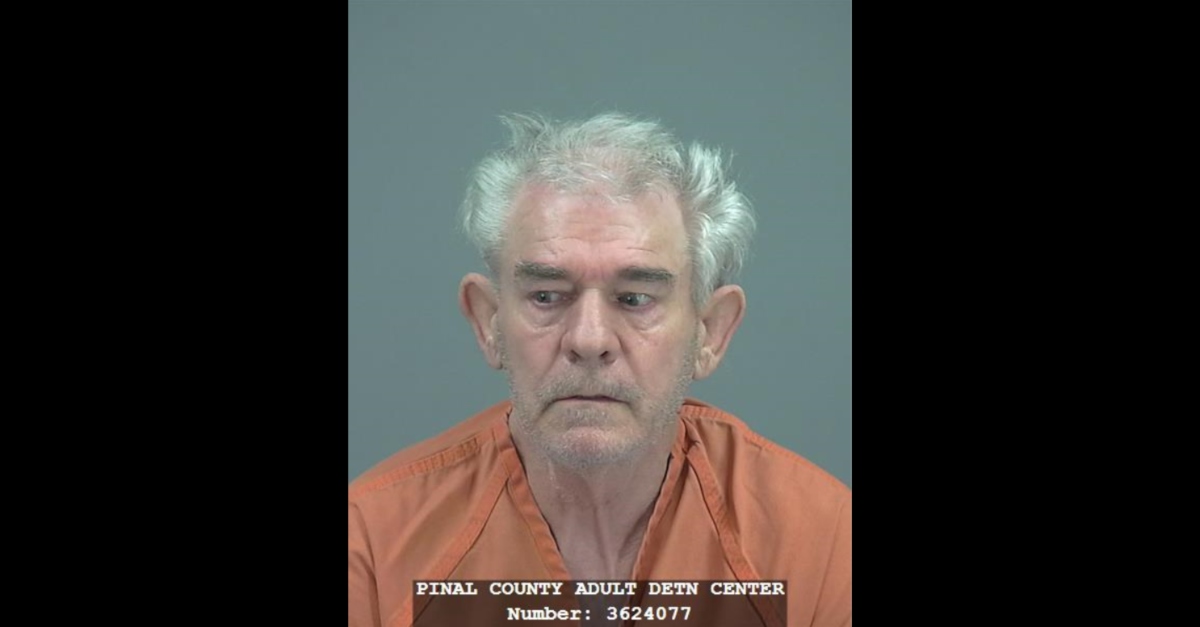 A man was arrested in Arizona on Monday for allegedly driving around with his wife’s dead body in the passenger seat of a vehicle. Rodney Puckett, 70, faces a charge of abandonment or concealment of a body.

According to the Eloy Police Department, a staffer at a Carl’s Jr. restaurant told cops about “two nude people” inside a vehicle that had pulled up for food. A detective looked into this, and performed a traffic stop. There was a naked woman, 74, allegedly in the front passenger seat. She was lying with her head on the floorboard, and legs toward the headrest, cops said. She was dead.

The driver of that vehicle was identified as Puckett, her husband.

Investigators said that the medical examiner found what seems to be a minor blunt force trauma to the woman’s body, but they were still determining what ended her life.

Cops declined to say if this is a homicide, but said that they’re working with their counterparts in El Paso, Texas to figure that out. More charges are possible, they said. Puckett (who authorities described as an Oklahoma native) and his wife were seen on security footage walking into a hotel room in El Paso on Sunday. The next morning, video depicted the defendant pushing out a luggage cart. Cops suggested it looked like a woman’s body was under a blanket in the cart.

According to police, Puckett told them that he saw that his wife was unresponsive in the hotel. He couldn’t wake her up. The defendant then claimed to have put her in the car, and transported her to the vehicle. Cops, however, said Puckett’s motives were unclear.

Puckett remains in jail in lieu of $100,000. Records show there was a preliminary hearing on Tuesday. Another court date is set for Tuesday.

It’s unclear if he has an attorney in this matter. The couple was in the middle of a divorce, according to The Associated Press.