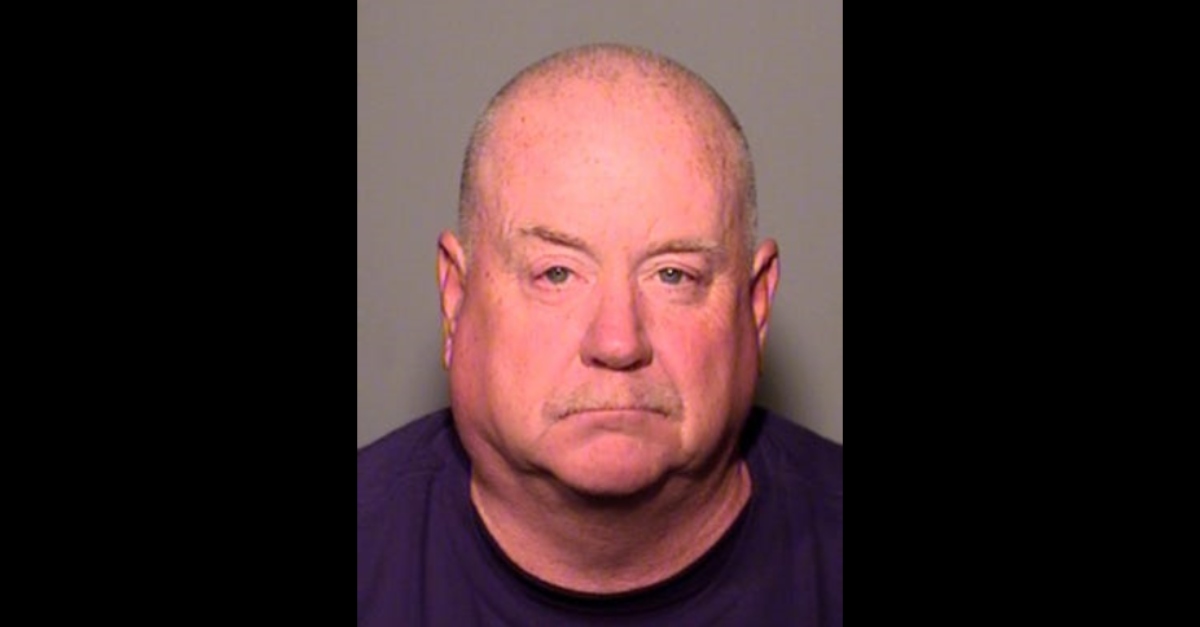 A man in Chandler, Arizona is accused of murdering a woman, and engaging in grisly acts in his attempt to evade detection. Timothy Sullivan, 61, was arrested Wednesday in the death of Amy “Ruby” Leagans, 49.

Family members reported the missing victim back on October 27, and said that she had not been seen since Oct. 21. Police said the circumstances of Leagans’s disappearance were suspicious, and the Phoenix Police Department found her remains near a river bottom on Nov. 17, according to AZ Family. They said their investigation pointed them to Sullivan.

The defendant ended up admitting to the crime, according to documents obtained by ABC 15. According to police, he said he was at Leagans’s apartment; she yelled at him, and he “snapped.” Sullivan allegedly said he choked her to death. Thus began a grisly odyssey, as indicated in this account.

RIGHT NOW: Chandler Police are asking for your help in locating this man, 61 y/o Timothy Sullivan.

He is suspected in the disappearance/death of 49 y/o Amy “Ruby” Leagans, who was found at the bottom of a river in Phoenix.

She had just moved to the valley in April. @12News pic.twitter.com/YWXeCHXvkc

The accused killer and victim had at one point been in a relationship. Police said that the defendant had domestic violence incidents in his past.

“Life will never be the same without Amy,” her family said in a statement obtained by AZ Family. “She is gone, but she’ll never be forgotten. R.I.P. Amy…May the road rise up to meet you. May the wind be always at your back. May the sun shine warm upon your face, and the rains fall soft upon your fields. And until we meet again, May God hold you in the palm of His hand.”