Man Allegedly Skinned Dogs, Said Nothing Wrong with Making Himself a ‘Fur Coat’ 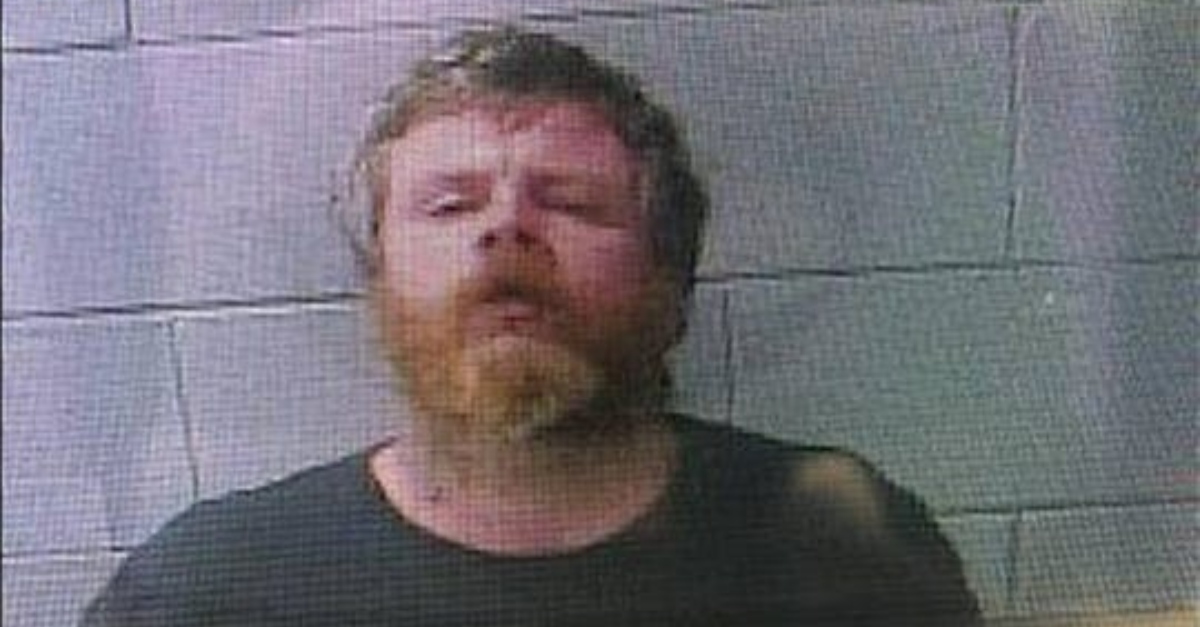 A Kentucky man is being charged in a grisly case of animal abuse. Jonathan D. Watkins, 38, allegedly killed four dogs, skinned them, and admitted to doing it so he could make himself a coat, according to The Courier Journal.

The defendant is charged with four counts of torture of a dog/cat with serious physical injury/death, and two counts of tampering with physical evidence.

According to Kentucky State Police, a male neighbor said Watkins dropped by his home on Dec. 23 to ask for a cigarette. Well, the defendant was allegedly covered in blood, officers said. The neighbor asked what that was all about. Watkins allegedly said he was skinning dogs.

That neighbor said he didn’t believe that at first, citing the defendant’s past issues with mental illness, officers said. But that neighbor was later walking up the road later, and saw four skins on Watkins’s front porch, cops said. He realized that two of his dogs were gone, and he thought that another neighbor was missing two dogs as well, officers said.

As far as cops are concerned, this didn’t require a lot of investigating. Watkins spoke to them with what seemed to be blood on his clothing, they said. He allegedly had a large hunting knife hanging from his belt.

Watkins allegedly told them straight-up that he had been killing his neighbors’ dogs, and told officers he tossed the bodies over a nearby hill. Cops said they found two skinned dog bodies over the hill next to the home.

“Yes, there isn’t anything wrong with me making myself a fur coat,” Watkins allegedly said.