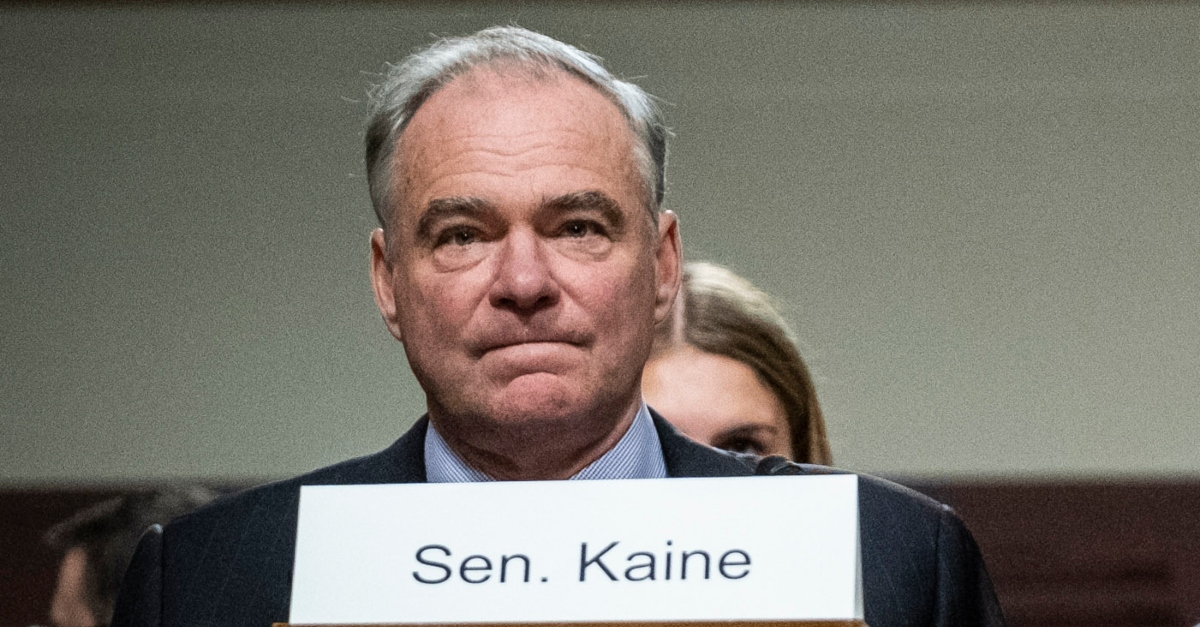 Sen. Tim Kaine (D-Va.), a former vice presidential running mate of Hillary Clinton, introduced a resolution on Friday in order to pump the brakes on escalating tensions with Iran, and to force a debate and vote in Congress.

“The question of whether United States forces should be engaged in armed conflict against Iran should only be made following a full briefing to Congress and the American public of the issues at stake, a public debate in Congress, and a congressional vote as contemplated by the Constitution,” said the resolution published Friday. “The absence of such a deliberative approach is deeply unfair to members of the United States Armed Forces and other Americans whose lives are at risk in the event of hostilities between the United States and Iran.”

Trump defended the airstrike on Friday, arguing that Soleimani was plotting “imminent and sinister attacks on American diplomats and military personnel.”

Sen. Chuck Schumer (D-N.Y.) called Soleimani a “terrorist,” but chided the administration for moving forward with such a big operation without the consent or notification of Congress. He suggested that move will escalate an already dicey relationship with Iran.

“The administration did not consult in this case and I fear that those very serious questions have not been answered and may not be fully considered,” he said. “Among those questions, what was the legal basis for conducting this operation? And how far does that legal basis extend? Iran has many dangerous surrogates in the region and a whole range of possible responses. Which responses do we expect, which are most likely?”

“Pursuant to section 1013 of the Department of State Authorization Act, Fiscal Years 1984 and 1985 (50 U.S.C. 1546a), and in accordance with the provisions of section 601(b) of the International Security Assistance and Arms Export Control Act of 1976, Congress hereby directs the President to remove United States Armed Forces from hostilities against the Islamic Republic of Iran or any part of its government or military, by not later than the date that is 30 days after the date of the enactment of this joint resolution unless explicitly authorized by a declaration of war or specific authorization for use of military force,” according to the resolution.