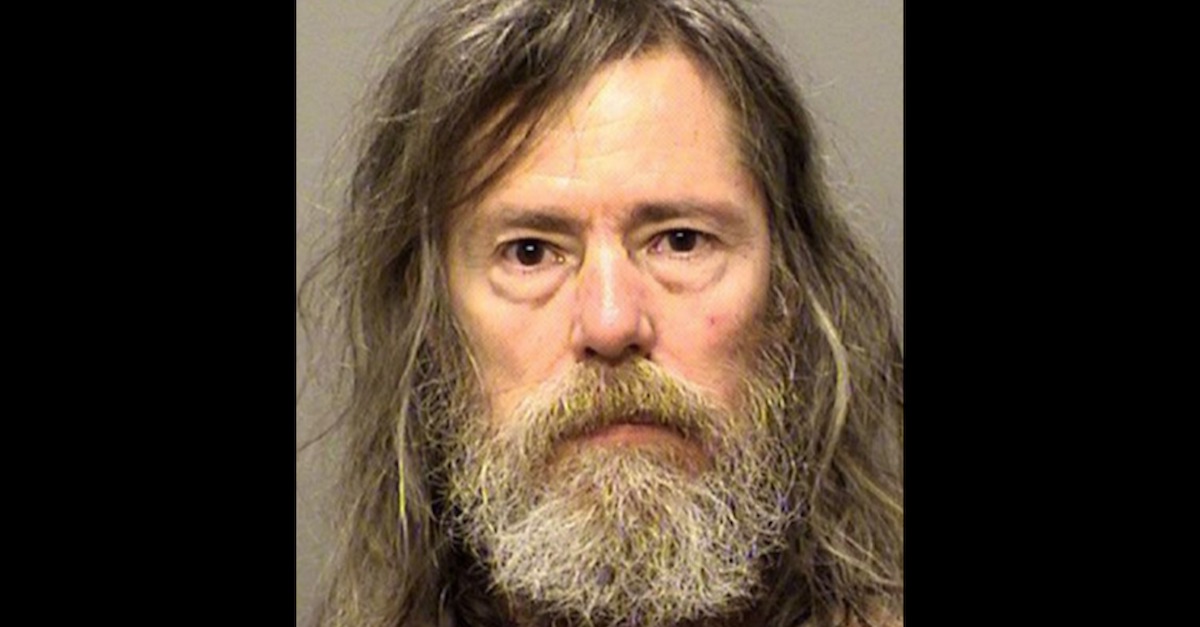 A 59-year-old Indiana man killed his 91-year-old mother with a sledgehammer in their living room on Sunday, then told police he did it because she was a “distinguished woman” who shouldn’t be “exposed” to the “really bad stuff” he was about to get in trouble for, cops say.

Charles Trumble, the Times of Northwest Indiana reported, has been charged with murder and actually called 911 the night of the killing.

“I just killed my mother,” he allegedly said. Responding officers determined that Dixie Trumble was dead at the scene and sustained head trauma.

According to authorities, the defendant told them he was about to be exposed for unspecified and unexplained “awful crimes,” so he killed his mother to spare her from having to go through that.

A responding officer who unsuccessfully attempted to revive the victim at the scene said that he heard Charles Trumble say, “My mom was a distinguished woman. I am about to be in trouble for some really bad stuff, and I killed her so she wouldn’t be exposed to it.”

Porter County records reviewed by Law&Crime show Trumble was booked early Monday morning on a murder charge. He is currently being held without bond. It’s not clear at this time if he has an attorney in this matter. He is expected in court on Friday.