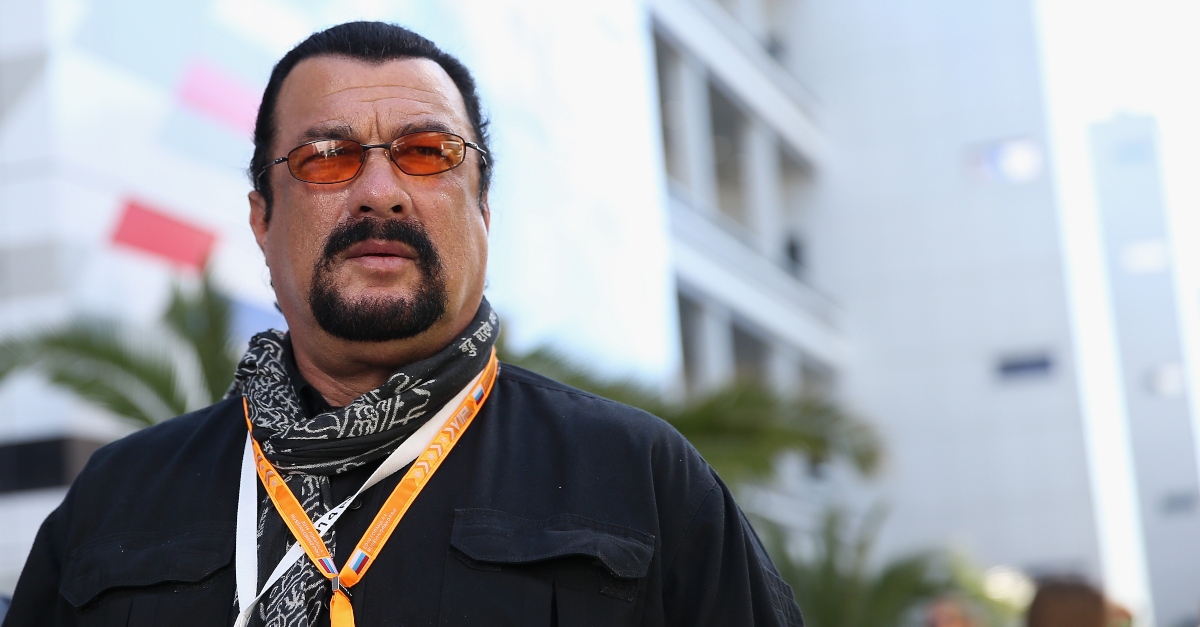 Actor Steven Seagal got in trouble with the Securities and Exchange Commission (SEC) for allegedly not disclosing payments he got for promoting an investment into an initial coin offering for a cryptocurrency.

He did work for Bitcoiin2Gen, a competitor of Bitcoin. The actor was promoting that people could invest in the endeavor, but authorities say he didn’t disclose he was promised $250,000 in hard cash and $750,000 in B2G tokens for his work.

“These investors were entitled to know about payments Seagal received or was promised to endorse this investment so they could decide whether he may be biased,” said Kristina Littman, Chief of the SEC Enforcement Division’s Cyber Unit. “Celebrities are not allowed to use their social media influence to tout securities without appropriately disclosing their compensation.”

The SEC described these as “settled charges.” Seagal didn’t admit or deny the agency’s findings, but he agreed to pay $157,000 in disgorgement plus interest, and a $157,000 penalty, the agency said. Authorities said the actor also agree not to promote any securities for three years. He could not be reached for comment as of press time.

The agency highlighted their 2017 report, which warned that celebrities and others might be breaking the law if they promote stocks and investments on social media without disclosing compensation:

Celebrities and others have recently promoted investments in Initial Coin Offerings (ICOs). In the SEC’s Report of Investigation concerning The DAO, the Commission warned that virtual tokens or coins sold in ICOs may be securities, and those who offer and sell securities in the United States must comply with the federal securities laws. Any celebrity or other individual who promotes a virtual token or coin that is a security must disclose the nature, scope, and amount of compensation received in exchange for the promotion. A failure to disclose this information is a violation of the anti-touting provisions of the federal securities laws.