A detective in Birmingham, Alabama is accused of fatally shooting a woman. Alfreda Fluker, 39, faces a charge each of capital murder and murder according to Jefferson County Jail records viewed by Law&Crime. She was a 15-year veteran of the department, said Police Chief Patrick Smith in a press conference Saturday.

Smith described this as a “love triangle gone wrong.”

According to the police account, the woman was shot multiple times while inside an unmarked police vehicle Friday night. She was there with an off-duty Birmingham male detective, Smith said.

“It has been established that the motive of the shooting was domestic in nature,” he said.

Fluker was described as being off-duty at the time.

The victim was taken to a UAB Hospital with life-threatening injuries, but has been pronounced dead, Smith said.

“I do not know the relationship between the three,” he said, but added that the investigation has been able to tell that this was “domestic in nature” and had been happening without the department’s knowledge. 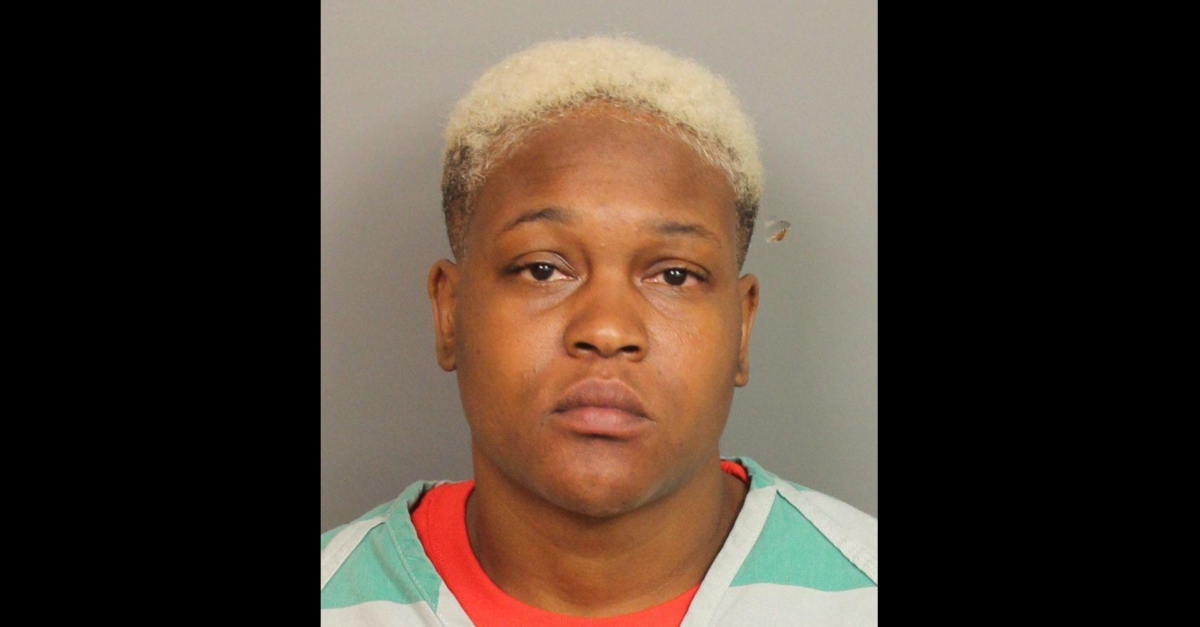 Fluker is being held without bond at the Jefferson County Jail. It’s unclear if she has an attorney in this matter. No court date is scheduled. Because this involves one of their officers, local police asked the Alabama Law Enforcement Agency’s State Bureau of Investigation to run an investigation following up on the findings of Birmingham detectives, Smith said.