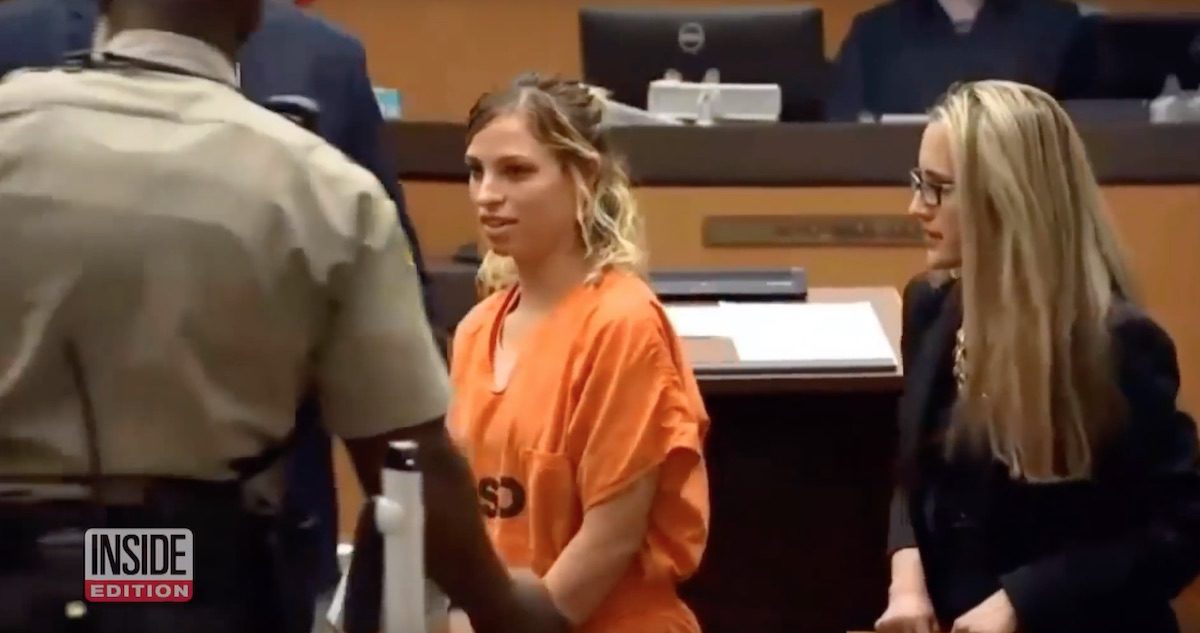 The fallout from an Arizona teacher’s sexual abuse of a 13-year-old continues, as a lawsuit filed by the victim’s parents against the school district and Zamora’s husband alleges that the school’s principal could have prevented the “actual sexual contact.”

The lawsuit filed against the Goodyear school district claims that Las Brisas Academy’s principal, Timothy Dickey, heard rumors that Brittany Zamora, 28, was engaging in inappropriate behavior with the victim but “spoke about the dangers of rumors” rather than reporting said rumors to authorities.

According to AZ Central, Michael Medina, an attorney for the victim’s family, said that three students warned Dickey about Zamora in early February — just weeks before the teacher and student had sex. Medina said that if Dickey “said something earlier, the actual sexual contact would have been prevented.”

Atorneys for the school district admit Dickey interviewed the students making the accusations, and admit that Dickey “didn’t immediately notify (the student’s parents) or law enforcement of the reported rumors.” The lawyer nonetheless maintain that Dickey was not required by law to report the allegations. Because Dickey didn’t have a reasonable belief that the abuse was actually occurring, he didn’t did not have to report the rumors to the Department of Child Safety, they argue.

The students said that Zamora was in a “relationship” with one of her students and that the student “[didn’t] do any work and gets straight A’s.” Dickey reportedly concluded that the evidence could only prove that Zamora favored the student. A few weeks later, Dickey went to the police after the boy’s parents discovered sexts their son had exchanged with Zamora.

That sexual abuse occurred is no longer up for debate.

Zamora pleaded guilty in June to molestation of a child, sexual misconduct with a minor and public sexual indecency, admitting that she groomed the 13-year-old male student in lurid text messages and had sex with him on multiple occasions.

“I want you every day without limit,” Zamora said in a text. “If I could quit my job and [censored] you all day long, I would.” Police said at least four sexual encounters happened between February and March 2018. Two of those instances allegedly occurred in Zamora’s car after the teenager snuck out of his grandparents’ house after midnight–upon Zamora’s request. Cops even said there was an incident where the two fondled each other while unaware students watched a video.

The victim’s parents are also suing Zamora’s husband, Daniel Zamora. At one point, they confronted Brittany Zamora over the phone. It didn’t seem that her husband knew the extent of the sexual abuse that was happening behind his back. The parents, in a previous interview with KPHO, said that the illicit relationship between their son and his teacher began with flirting in a classroom group chat and escalated to sex.

“He told us they kissed and had sex,” the father said. “A big thing for us is that we want people to understand, just because it’s a boy makes no difference. It’s the same. It’s a 13-year-old child who got taken advantage by a monster.”

“You teach your kids there’s no such thing as monsters at all. But in the real world, there are monsters. Brittany Zamora is a monster,” he added. “I want her to spend the rest of her life in prison.”

He also called on the school to change rules so this never happens again. They are accusing the school of ignoring warning signs and a cover-up. The boy’s stepmother echoed her husband’s thoughts, saying Zamora used her stepson “for her own grotesque benefits.” She also said that she noticed changes in the boy’s emotions and habits after the sex encounters that allegedly took place in both the classroom and Zamora’s car.

“He’s started to express different emotions. He’s sad, and slept all day,” she said. “It’s starting to hit him, the reality of what actually happened.”

Zamora hadn’t even worked as a sixth-grade teacher at Las Brisas Academy Elementary School for a year before facing two counts of child molestation, one count of furnishing harmful material, and nine counts of sexual conduct with a minor after disturbing sexual texts, nude photos, and eyewitness accounts of illicit sexual activity emerged. When Zamora’s husband became aware of the allegations, he tried to convince the victim’s parents not to call the cops, The Republic reported. The student’s parents discovered sexual texts on their son’s phone and took screenshots. They claimed that they were then “harassed” by Zamora’s husband during a phone call.

They said Daniel Zamora said his wife “made a big mistake, but that she loved the kids,” and tried to settle the situation without going to authorities. Per AZ Central:

Zamora’s husband pleaded with the boy’s parents to settle this without calling the police. He begged them to forgive her. He tried to defend her, saying she was a good teacher who would do anything to help her students. The boy’s father urged Daniel Zamora not to incriminate himself — to leave her.

“She had another 13-year-old in there watching the whole fucking thing,” the father said to Daniel Zamora. “Do you understand?”

Daniel Zamora pledged to stay with his wife, though.

Brittany Zamora now faces three decades behind bars. She is scheduled to be sentenced on July 12.