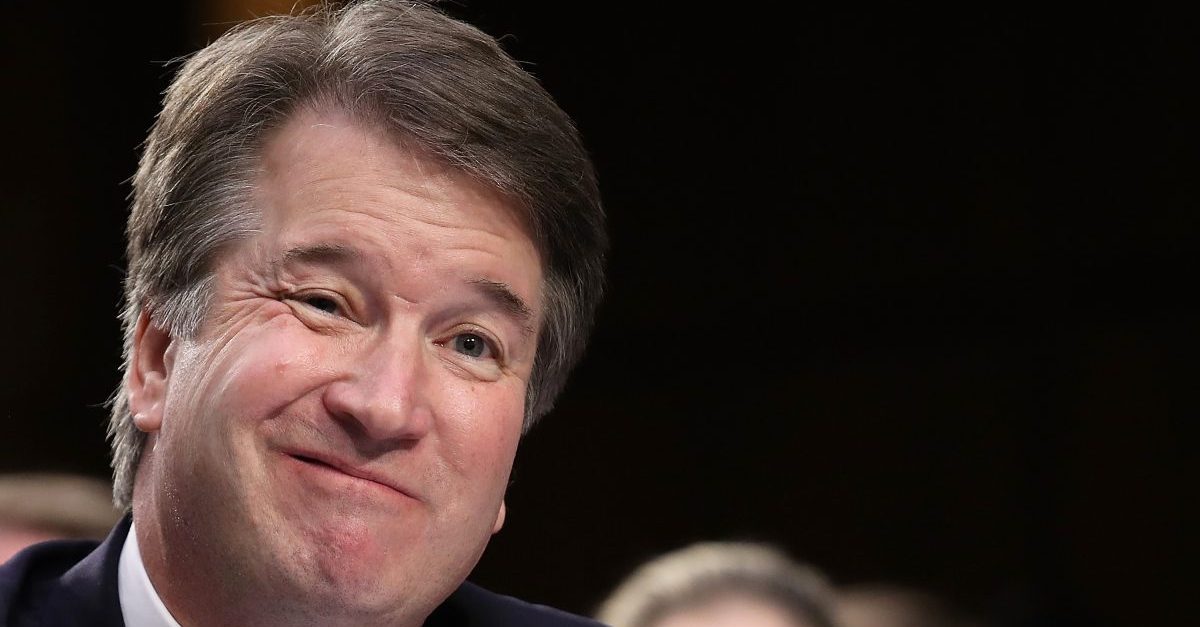 Oops, he did it again.

Beer enthusiast and Supreme Court Justice Brett Kavanaugh just hired another Yale grad, who coincidentally also was a public Kavanaugh endorser when those were in the shortest supply.

Athanasia “Athie” Livas is a 2019 graduate of Yale Law School and the first signatory to the Yale Community’s broad letter of support sent last July. The Yalies, in their infinite authority, pronounced then-Judge Kavanaugh “eminently qualified to serve as a Supreme Court justice,” ostensibly because of his ability to reach “legal conclusions free of political partisanship.”

Their letter, which reads remarkably like a middle-school valedictory address, commends Kavanaugh for being “a valuable friend to the Yale community, visiting frequently to speak on important topics and to encourage admitted students to begin their legal careers in New Haven.” And, as if giving speeches weren’t enough, Kavanaugh was also his daughters’ basketball coach. How convincing. What could possibly say “fit for SCOTUS” better than that?

Don’t worry, though, Livas isn’t likely to be judged by the vacuous language of a letter attested to by self-proclaimed arbiters of jurisprudential qualification. She’ll do just fine in her career, as it is beginning with a clerkship right at Kavanaugh’s side.

Honestly, all this you-scratch-my-confirmation-hearing-I’ll-scratch-yours is going from bad to worse. Before, when the clerk du jour was the daughter of Yale prof Amy Chua, there was at least some plausible deniability on the quid-pro-quo claim. Chua, a self-styled Tiger Mom, had written a Wall Street Journal op-ed that canonized Kavanaugh (her daughter’s boss) as a feminist hero, while dismissing any bias on the grounds that his confirmation would mean her daughter would be out of a job.

If the judge is confirmed, my daughter will probably be looking for a different clerkship. But for my own daughter, there is no judge I would trust more than Brett Kavanaugh to be, in one former clerk’s words, “a teacher, advocate, and friend.”

Sophia Chua-Rubenfeld herself showed up on Twitter and insisted her Army service would prevent her from even considering a clerkship. That denial didn’t hold up, though, as less than a year later Chua-Rubenfeld’s clerkship with Kavanaugh was publicly announced.

At least, though, Chua’s glowing endorsement occurred before Kavanaugh’s disastrous confirmation hearing. She called him a hero before we saw Dr. Christine Blasey Ford testify, and before Kavanaugh sniveled, raged and burst with indignation. The letter Rivas openly endorsed was pretty simple: Kavanaugh is a good guy; we’re proud of him; we deserve to be proud, and we deserve to have our guy confirmed, went the silent undercurrent.

Livas isn’t the first Yale alumna to ascend to Team Kavanaugh, and she surely won’t be the last. Kavanaugh is going to keep rewarding loyal supporters and we’ll keep pointing that out.