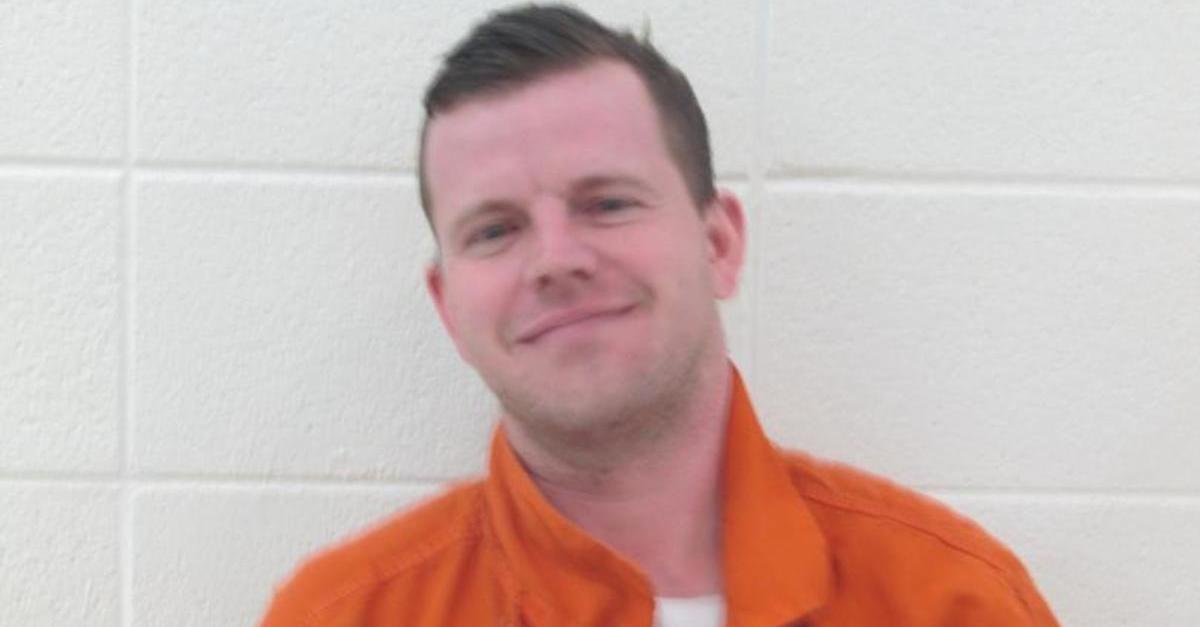 A Republican state legislator in Kentucky was arrested Thursday on drunk driving-related charges. Authorities say there was more coming out of his mouth than the tell-tale signs of alcohol.

Deputy Gary Mehler told the Lexington Herald-Leader that he responded to a call near Lewis’s home when he came upon a pick-up truck pressed against a fence in a ditch. As Mehler approached, Lewis allegedly removed himself from the truck’s cab. Instantly, the jig was up according to the deputy’s citation.

Lewis was allegedly “extremely unsteady” and nearly tumbled backwards into his own Chevy Silverado, Mehler claimed in that write-up.  He added that the Republican was also slurring his words and had glassy, bloodshot eyes when he arrived to help.

The citation also said that Lewis refused to perform any sort of field sobriety test and that he repeatedly demanded for Mehler to call Laurel County Sheriff John Root — in an apparent play for nepotism.

Lewis’s profane and exhaustive refusal was said to have occured in response to Mehler’s efforts to explain that field sobriety tests were necessary to determine whether or not the GOP legislator was under the influence.

As the tests began, however, Lewis allegedly grew more and more agitated and belligerent — resulting in an increase of invective hurled the officers’ way, according to Mehler.

“It was obvious he was manifestly under the influence of alcohol and he was placed under arrest,” the sheriff’s deputy wrote.

But, according to Lewis, the police were all wrong to blame his allegedly unbecoming behavior on the booze.

The Bluegrass State family values party member eventually settled down a bit, and while waiting for a tow truck to disentangle his own truck from the ditch, he demanded his blood-sugar level to be tested.

A responding EMT eventually acquiesced to Lewis’s request and said the Republican’s blood sugar level was slightly elevated “and not the reason for his behavior,” per Mehler’s report.

After being taken to a local hospital, Lewis refused a blood draw to determine his blood alcohol level. After two unsuccessful efforts to reach attorneys, Lewis was taken to the Laurel County Correctional Center–where he remained for roughly five hours–before being released on his own recognizance.

A statement released by a law firm representing the GOP legislator didn’t mention alcohol but appeared to chalk the ditched truck incident up to exhaustion caused by a hard day’s work, according to the Corbin Times-Tribune.

Lewis posted the firm’s statement on his Facebook page Thursday:

On April 16, 2020, at or before midnight, Mr. Lewis was returning to London after working the entire day in Frankfort. As he proceeded home, his vehicle struck a ditch and became immobile. He was not injured. Mr. Lewis was later charged by the Laurel County Sheriff’s Department with operating his vehicle under the influence. He will plead not guilty to the charges and looks forward to resolving the matter in court. We request everyone following this matter keep an open mind and not reach any conclusions while the matter proceeds through the legal system.