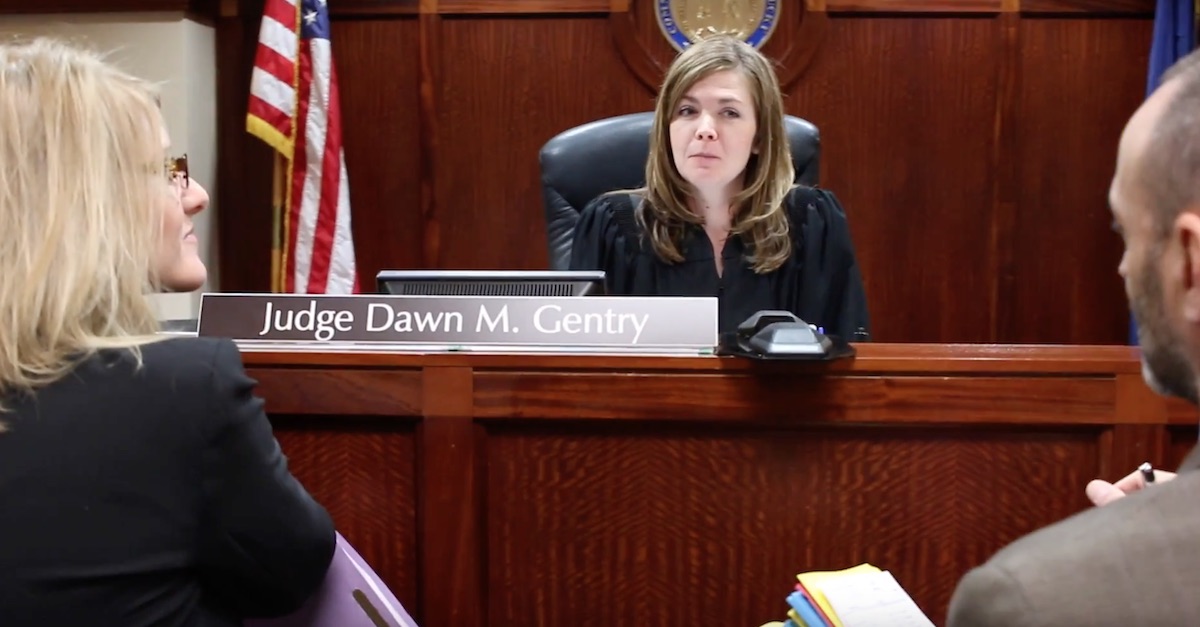 Dawn Gentry is off the bench, at least until the Judicial Conduct Commission holds a disciplinary hearings in about two months, according to The Courier Journal. She faces a possible reprimand, or she could be outright kicked off the bench.

Claims against Gentry surfaced last year. She allegedly misused her power in a local panel meant to help child abuse victims. One of the former members of that panel Katherine Schulz said that Gentry hit her up on Snapchat, and told her to seduce Gentry’s husband in exchange for a better paying job on the panel.

The thing about Penrose is he allegedly replaced Gentry’s former case specialist Meredith Smith, who had allegedly been fired for not supporting the judge’s campaign enough.

Another attorney, Mike Hummel, alleged that he was taken off the panel for not donating enough money to the judge’s campaign.