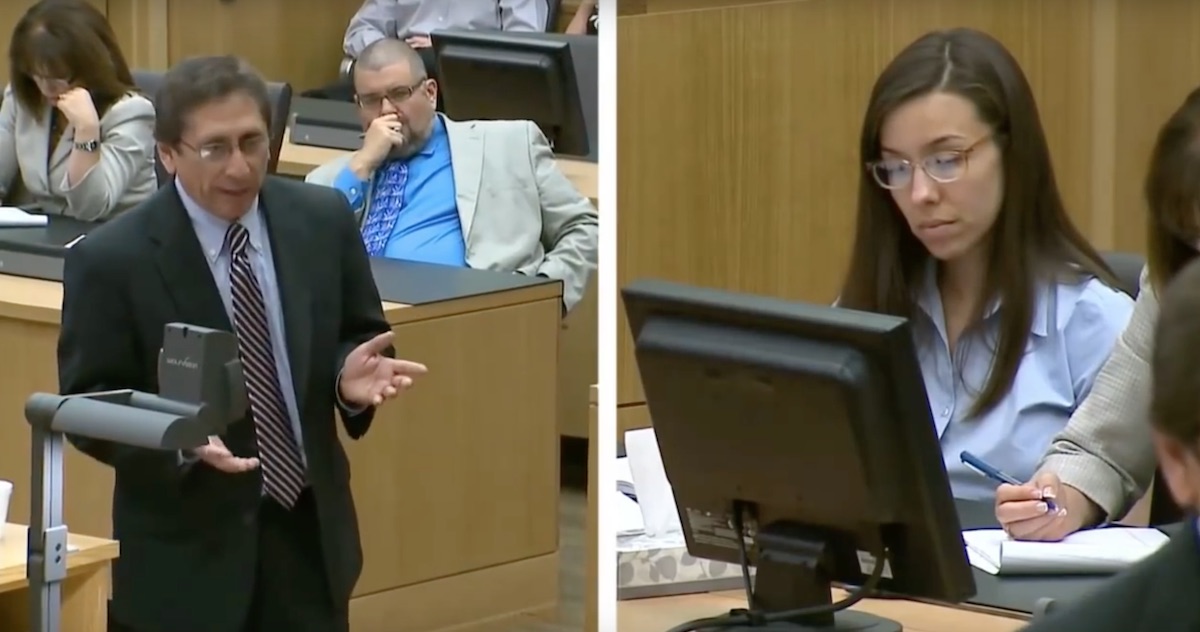 The judge presiding over the disciplinary hearing of Juan Martinez, widely known as the prosecutor in the Jodi Arias case, has denied the media permission to livestream or record the proceedings.

In an order dated Jan. 7, Disciplinary Judge William J. O’Neil wrote that testimony is “expected to be ‘highly sensitive and very private,’ with ‘intimate descriptions of persons’ physical anatomies and sexual proclivities,’ in addition to testimony about medical conditions.”

O’Neil reasoned that there is a “likelihood of harm” in allowing video recording or streaming of witness testimony of this nature.

“Future witnesses may be discouraged from testifying or alter their testimony knowing that their personal details may be subjected to public scrutiny, which affects the overall administration of justice,” he wrote. “The likelihood of that harm outweighs the benefit to the public.”

The judge also said that allowing such recording or livestreaming would make it possible for witnesses to hear each other’s testimony, which Rule 615, Arizona Rules of Evidence bars.

“The Media are granted limited access to the proceeding: no recording devices or live or video recording or filming of the proceeding shall be permitted, but the Media may attend the unsealed portions of the hearing and may take notes and still photography, but not of any witnesses,” O’Neil ordered.

Martinez made a name for himself nationwide as the lead prosecutor in Maricopa County who put away 39-year-old Jodi Arias in the 2008 murder of her ex-boyfriend Travis Alexander, 30.

Arias is currently serving a life sentence in prison, but she and her legal team have sought to take advantage of allegations of misconduct against Martinez by seeking a new trial.

In Oct. 2019, Terry Crist of the Arizona Attorney General’s Office acknowledged that “some instances” misconduct occurred, but insisted it wasn’t as bad as the defense made it out to be. He said nothing happened that resulted in jury prejudice.

Martinez has faced allegations of harassment and sexual misconduct for a while. Acting Maricopa County Attorney Rachel Mitchell announced in Sept. 2019 that Martinez would be reassigned from death penalty cases to auto theft prosecutions because he needed a “more flexible” caseload while facing Arizona Bar proceedings.

In the bar complaint, Martinez was accused of having a relationship with a trial blogger and telling her a juror’s identity.

The complaint said that while the jury was deliberating in the retrial for the penalty phase of Arias’s trial to determine whether she should get the death penalty or life in prison, there was one holdout juror preventing a unanimous decision. Martinez was accused of revealing the identity of this juror to trial blogger Jennifer Wood, with whom Martinez allegedly had an affair. Wood then gave a physical description of the juror to a reporter, who was able to deduce that person’s identity, the complaint said.

The jury ended up deadlocked and Arias was sentenced to life in prison.

While this penalty phase retrial was going on, a second juror–who had already been dismissed–reached out to Martinez after getting his information from Wood. That juror allegedly sent Martinez sexual pictures of herself. He allegedly discussed other jurors with her, asking, “how do you think they’re feeling” about the case. Martinez was said to have acknowledged that he was apprehensive about discussing the trial because, “I could get in trouble.”

The complaint also alleged that when all of the above was brought up during a deposition Martinez provided false testimony about his communications with the juror, lied about his relationship with Wood and lied about whether he leaked information to her about a juror’s identity. The complaint also accused Martinez of engaging in “unwanted touching” and making inappropriate comments in the workplace.

A lawyer for Martinez previously said his client looked “forward to the opportunity to defend himself and be exonerated from this Bar charge.”

Ronn Blitzer and Alberto Luperon contributed to this report.