Anthony Bouchard Admits Impregnating 14-Year-Old When He Was 18

House GOP Candidate Admits He Got 14-Year-Old Girl Pregnant When He Was 18, Compares Story to ‘Romeo and Juliet’ 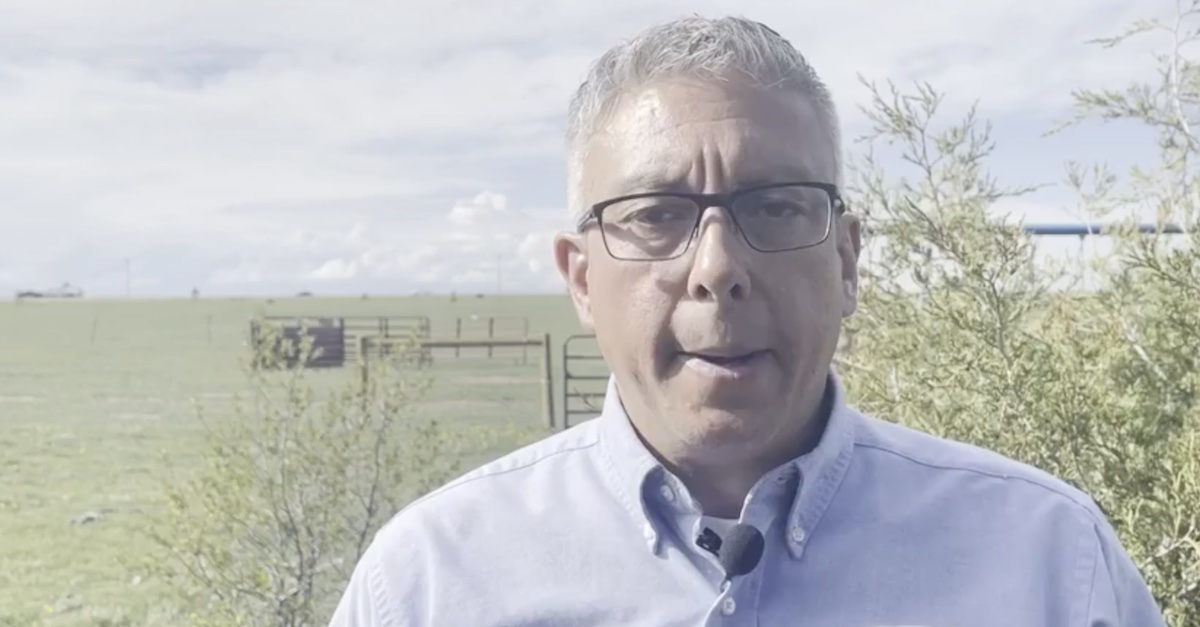 A video released Thursday by the Wyoming state senator Anthony Bouchard (R) who is running for Rep. Liz Cheney‘s (R-Wyoming) seat delivered a shocking defense of the senator’s own teenage sexual history. Bouchard appeared on Facebook live for a 13-minute statement in which he admitted to impregnating a young girl, then characterized the incident as “like the Romeo and Juliet story.” He did not disclose the girl’s name or age in the video, but later told the Star-Tribune that the girl had been 14 and he had been 18.

Here is the video:

In Bouchard’s lengthy statement captioned “I’m dodging a bullet from the Fake News Media and you can hear all about it here!” Bouchard repeatedly lamented the ruthlessness of political adversaries as he relayed his tale. When he was a teenager (but 18 years old), Bouchard impregnated a girl, married her, then divorced her; a couple of years after the divorce, she died by suicide.

In the video, Bouchard did not address the girl’s age or the difference in their ages beyond saying she was a little younger than he was. Instead, he said, “So, bottom line, it’s a story when I was young, two teenagers, girl gets pregnant.” He continued, characterizing the relationship as a common tale. “You’ve heard those stories before,” he said, “She was a little younger than me, so it’s like the Romeo and Juliet story.”

He went on, framing the story as one not about consent, but about abortion. “It’s amazing that they look at things so negatively,” he said. “She was a little younger than me,” Bouchard explained, before saying he married the girl when she was 15 and he was 19.

“There was a lot of pressure to abort a baby,” Bouchard said, “I got to tell ya. I wasn’t gonna do it.” Despite pressure to have her “banished from her family,” Bouchard could only see “the right thing to do” — which was “to get married and take care of them.”

According to Bouchard, the girl’s mother signed consent papers (as was required by Florida law) and a wedding followed. “Pretty scary when I was that young,” Bouchard remarked, “But I got to tell you, I’d do it again.” The couple divorced approximately three years later.

Bouchard elaborated at length in defense of his own actions:

By golly, we all make choices and we either deal with them and live with them and work them out or we make even worse choices trying to back up. We all have things that we’ve done in the past. We all move on. We all deal with it. So this is one of those stories.

“I did the right thing,” Bouchard said, before delving into the unfortunate circumstances that followed his teenage marriage. “She had problems,” he said of his teen bride. “Her dad had committed suicide. For whatever reason, she decided to do the same.” According to reports, two years after the couple divorced, the then-20-year-old died by suicide.

Bouchard’s video contained repeated rebukes for his political adversaries. “It’s just a damn shame that we have to drag it all out,” the candidate said, “I just hate to see families drug out and relive things.” “Cant we let people rest in peace?” he asked. Bouchard then repeatedly challenged, “is this the worst you have on me?”

“This is America,” he declared, “We’ve all had problems. Why is this a big deal? It’s a damn shame that they’ll stop good people from running for office.”

“Let’s win this. Let’s win against the swamp,” Bouchard ended the video. “Thanks a lot and have a good evening.”

In April 2021, it was reported that former President Donald Trump would “soon” endorse a candidate to unseat Cheney. In May, Cheney was removed from House GOP leadership because she voted to impeach Trump for inciting insurrection on Jan. 6 and publicly criticized Trump repeatedly.

Under Florida law, the age of consent is 18. Minors under 18 cannot legally consent to sexual contact. However, Florida has what is known (perhaps ironically in this case) as a “Romeo and Juliet” exception, which protects minors from legal liability when engaging in a sexual relationship with someone close in age. But even that exception would not apply in the case of a 14-year-old. In Florida, only teens aged 16 and up have legal ability to consent to sex under the close-in-age exception. In any event, Bouchard did not discuss this. The internet was quick to make the connection, however. Calling the story “galling,” one Twitter user said, “He thinks this is ‘like the Romeo and Juliet story,’ I shit you not,” then urged, “WY, don’t elect him.”

The details of this story are galling. Bouchard knocked up a 14 year old (NB: 8th-9th grade) when he was 18, MARRIED HER, divorced her when she was 17, and she committed suicide at 20.

He thinks this is “like the Romeo and Juliet story,” I shit you not.

No. Sex between an 18 and a 14 year old is statutory rape. I know because I prosecuted it.

14 was not the age of consent in Florida and although there are Romeo and Juliet laws, they are for teens “close in age” which this couple was NOT. #RapeIsRape Also – #EndChildMarriage! https://t.co/7E0vD7zYdf

Yeah, man, I do not think your statutory rape was like a Shakespearean romance.

A Wyoming Republican state senator who is one of the GOP challengers to Liz Cheney impregnated a 14 yo when he was 18. He called it a “Romeo and Juliet story.” It’s actually statutory rape. https://t.co/LIyDoQRUbk

Anthony Bouchard did not immediately respond to Law&Crime’s request for comment.