Suspect Stabbed Himself After Being Shot: Cops | Law & Crime

Home Invader Stabbed Himself After Getting Shot by Resident, Cops Say 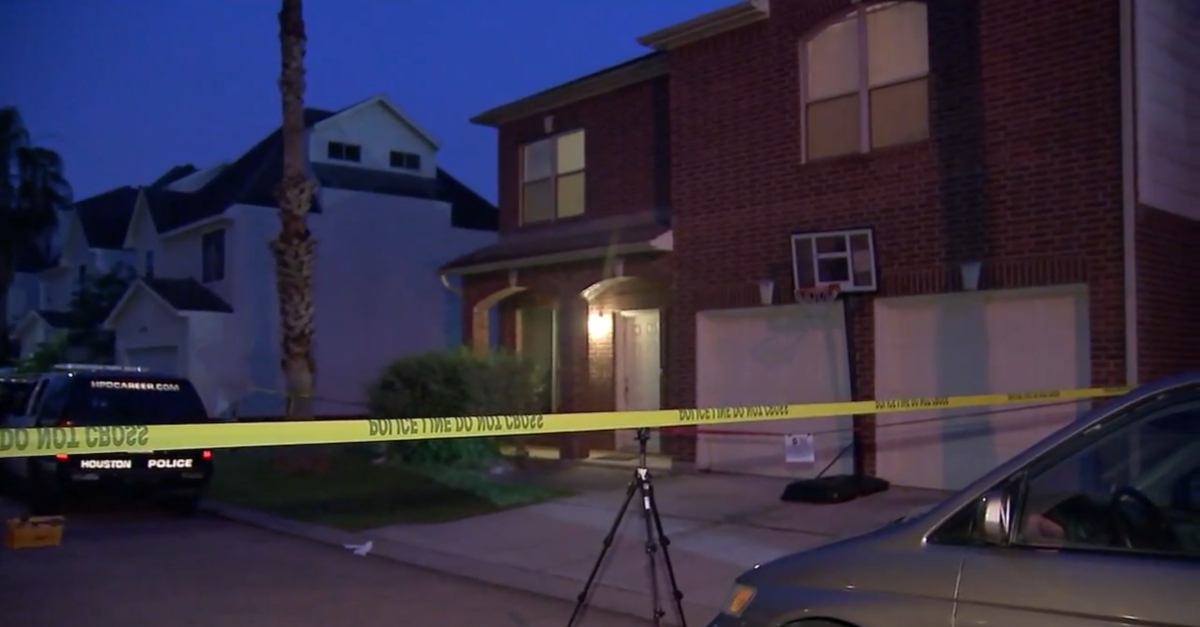 An alleged home invader is dead Sunday, and the story behind it is pretty strange. Cops in Houston, Texas said he was seen stabbing himself after getting shot by a resident, according to KHOU.

The incident happened in the middle of the night at what has been described as a brick two-story home. Detective Blake Roberts told reporters that the deceased suspect broke into the residence through a downstairs window. This person made his way up the stairs, and into the bedroom of a 13-year-old girl. The teen was the oldest of four children at the home. The youngest sibling is 4.

Their mom wasn’t home, but dad was. The suspect was armed, but the father managed to take the weapon during a struggle, according to police. The home owner shot the man, cops said.

That’s brutal enough, but the story took a turn. A neighbor helped the kids evacuate the house, and witnessed the suspect stabbing himself with a kitchen knife, Roberts said.

Officers did not identify the suspect. He was only described as a white man, age 30 to 35. Roberts said this man was declared dead at a hospital. He declined to answer how many times the suspect was shot. The father didn’t convey if the person said anything.

Police said this break-in appeared to be random, but they are still looking into the suspect’s criminal and mental history so they can determine his motive. Prosecutors will decide if the father will face any charges over this. As for the kids, they seem to be doing “pretty well,” said Roberts.