‘He Rubbed It All Over Me’: Louisiana Judge Is Going to Prison for Molesting Teen Daughters’ Friends 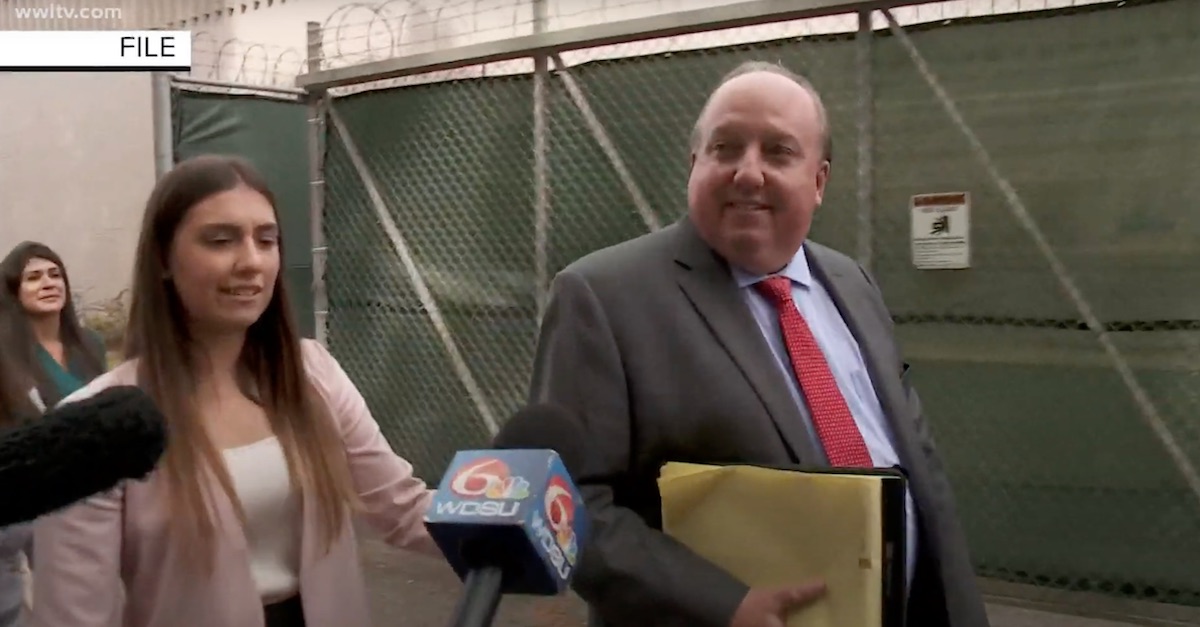 A Louisiana judge who resigned from his post in September after being convicted for molesting teenage girls who were friends with his daughters has been sentenced to 14 years behind bars. Now-former St. John the Baptist Parish Judge Jeff Perilloux, 53, was sentenced on Monday for molesting girls who were 14, 15, and 17 years old at the time.

Perilloux maintained that he was innocent, but a jury of his peers convicted him for felony indecent behavior with juveniles. The disgraced jurist was convicted on three felony counts. Perilloux was also found guilty by ad hoc Judge Dennis Waldron of a count of sexual battery, a misdemeanor.

Each of the victims described the creepy crimes in detail at trial, The New Orleans Advocate reported.

One victim, now 20, testified that, in 2017, Perilloux—while in his underwear—touched the “side of [her] boob” at his home and applied vapor rub to her chest when she wasn’t feeling well. She said that Perilloux did this for an extended period of time.

“It wasn’t like a few rubs and done,” the woman said, adding that she thought of Perilloux “like a second dad.” This was what let to the sexual battery charge and conviction. The victim testified that Perilloux’s daughter was not far away at the time of the crime. She also testified that Perilloux molested a friend during a trip to Florida by touching her under her bathing suit below the belt.

According to the Advocate, a third victim described Perilloux rubbing tanning lotion “all over” her when she was 14. The victim said this also happened in 2017.

“He rubbed it all over me,” she said. “I just completely froze, tensed up and stared out the window the whole time.” The 14-year-old said she didn’t consider telling anyone, suggesting that she didn’t think she would be believed.

Louisiana Attorney General Jeff Landry (R) responded to the sentencing by saying the former judge had been “brought to justice.”

“Sex offenses against children are the most serious of crimes which cause permanent psychological harm. This trauma has been exacerbated by Mr. Perilloux’s continued refusal to admit and/or take responsibility for what he did to these young women, who were children when these crimes were committed,” Landry said. “But I hope the sentence issued today will bring some comfort to the survivors and their families.”

Perilloux plans to appeal the conviction and insists that he is an innocent man. Defense lawyer Jim Williams said his client has no remorse because he didn’t do what he was accused of.

“He told us early on, he’d rather spend the rest of his life in Angola than plead guilty to something he didn’t do,” Williams told the Advocate.

Judge Waldron, however, was particularly swayed by a victim’s account of Perilloux asking her what (as the report put it) her “favorite dirty word” was. When the teen girl didn’t immediately respond, Perilloux interjected by saying “pussy,” according to this account.

Waldron said that “totally reveal[ed]” that Perilloux “obviously views females, young and old, as objects to satisfy his carnal desires.”