Good Samaritan Was Protecting Himself and Wife When He Fatally Shot Man They Saved from Drowning: Authorities 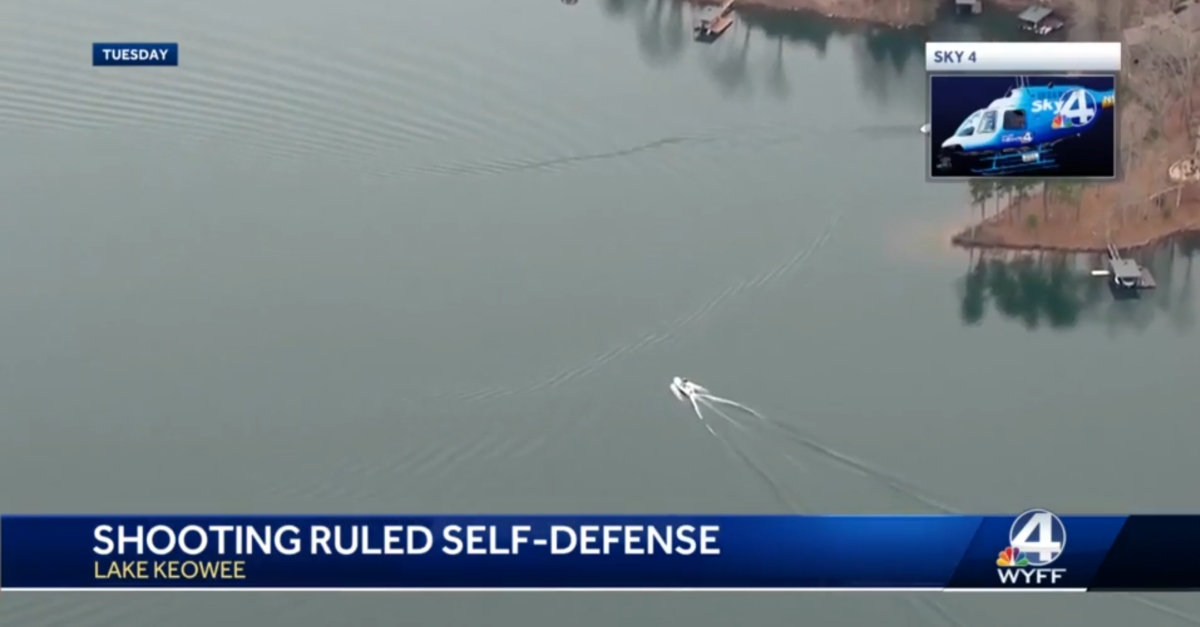 There will be no charges for a man who fatally shot someone he and his wife saved from drowning, according to officials. The good Samaritan killed Nathan Drew Morgan in self-defense, authorities said. From the Oconee County Sheriff’s Office in South Carolina:

According to Investigators, all parties have been notified of the decision not to file charges in the case.

The Oconee County Sheriff’s Office is asking for continued prayer for the family of Nathan Drew Morgan, who is the deceased as a result of the shooting.

This marks the end to a brief investigator in the bizarre case. Oconee County deputies have said that Morgan and a woman were having having trouble on Lake Keowee on Tuesday, according to WSYR. Their jet ski was going circles in the water with no driver, and the pair had no life jackets, authorities said. Two good Samaritans–a husband and wife–saw them from a pontoon boat, and pulled the endangered pair up, deputies said.

This is allegedly when the situation took a violent turn. The good Samaritan couple said that Morgan began attacking them, according to investigators. Authorities were told he might have wanted to get back on the jet ski, and they suggested that Morgan and the woman might have been arguing before falling into the water.

The woman who had been in the water pushed Morgan into the lake in an attempt to deescalate, deputies said. The pontoon couple helped him up again, but the good Samaritan man eventually shot him in fear for his and his wife’s lives, according to authorities.