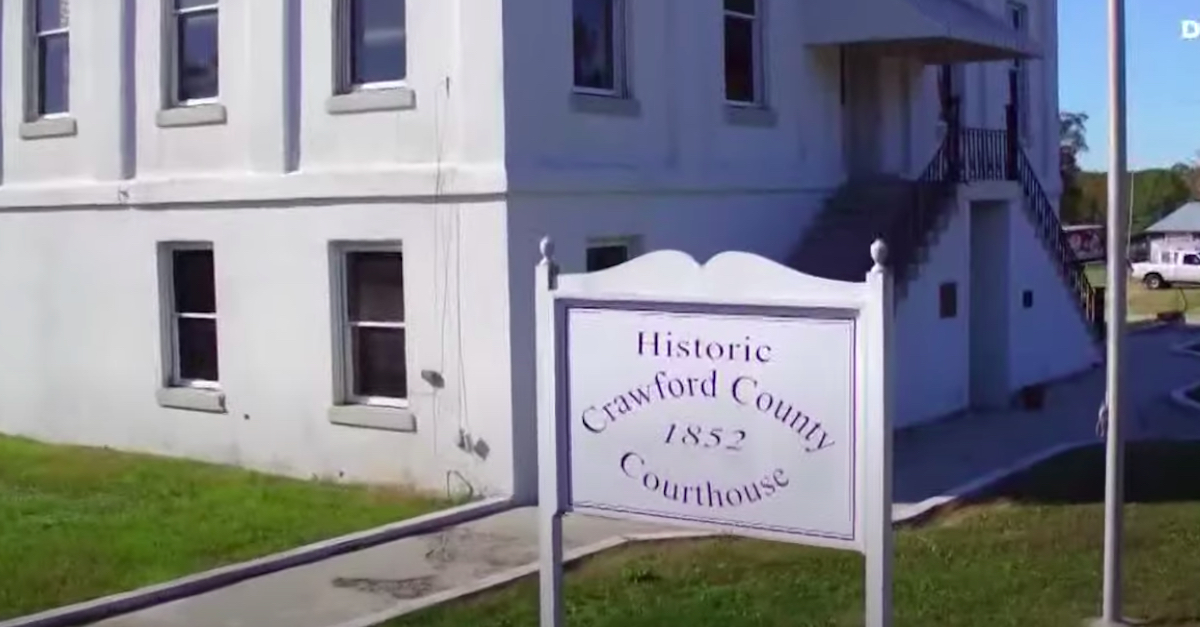 A county judge in Georgia followed a man who was handcuffed and shacked out of his courtroom and assaulted him in the hallway for cursing at him during a contentious and profane hearing, the state’s watchdog reportedly claimed.

As first reported by the Atlanta Journal-Constitution on Monday, the incident took place in a Crawford County courthouse toward the end of a hearing for an unidentified man who is incarcerated in the Peach State.

An investigative panel of the Judicial Qualifications Commission, a state-created group that conducts investigations and hearings into judges, filed the complaint against Chief Magistrate Cary Hays III, who first assumed the role in 2017.

According to the Journal-Constitution, the complaint stems from Hays presiding over the initial appearance of an arrestee from Dec. 18, 2020.

The arrested man reportedly let loose a string of profanities at Hays for setting a bond that displeased him. Hays initially responded in a more restrained fashion, but as the man reached the hallway, he turned around and again cursed at Hays, according to the paper.

“Hays then followed the man out into the hallway, grabbed him and pushed him into and up against the wall,” the complaint stated, according to the Journal-Constitution.

The complaint also pointed out that before Hays’s outburst of physical aggression, the inmate did not explicitly threaten the judge or make any attempt to escape.

According to the paper, the Georgia Bureau of Investigation (GBI) has an “open and ongoing criminal investigation” against Hays.

“The complaint noted that Hays acknowledged to a Judicial Qualifications Commission investigator that he followed the inmate into the hallway, grabbed him and pushed him up against the wall. It also said the entire incident was captured on video by a security camera,” the Journal-Constitution reported.

Hays confirmed some details in an interview with the Journal-Constitution, reportedly telling the news outlet that he was aware that he was being filmed by the security cameras when he went after the inmate.

“I only wish the commission could have heard it,” Hays told AJC on Monday, referring to what the inmate yelled at him. “I think they would have viewed this differently.”

Hays also defended his actions, saying he “did not injure the guy in any way.”

The director of the Qualifications Commission, Chuck Boring, told AJC that the “formal charging document speaks for itself.”

According to the paper, Hays will now have to sit for a hearing before the Qualifications Commission’s panel which will make a recommendation to the state supreme court concerning what, if any, punishment should be imposed against the judge which could range from a reprimand to Hays being removed from office.