A suspect is in custody in the disappearance and death of 23-year-old MacKenzie Lueck, who was last seen on June 17. Ayoola Ajayi, 31, has been charged with aggravated murder, aggravated kidnapping, obstruction of justice and desecration of a body. 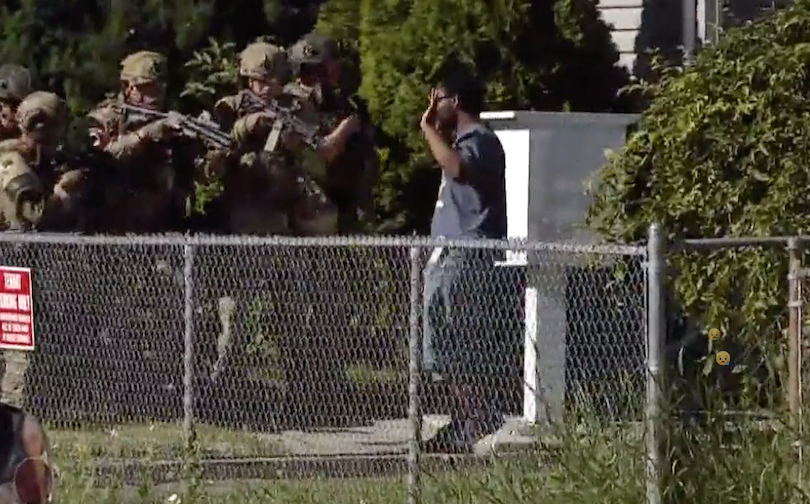 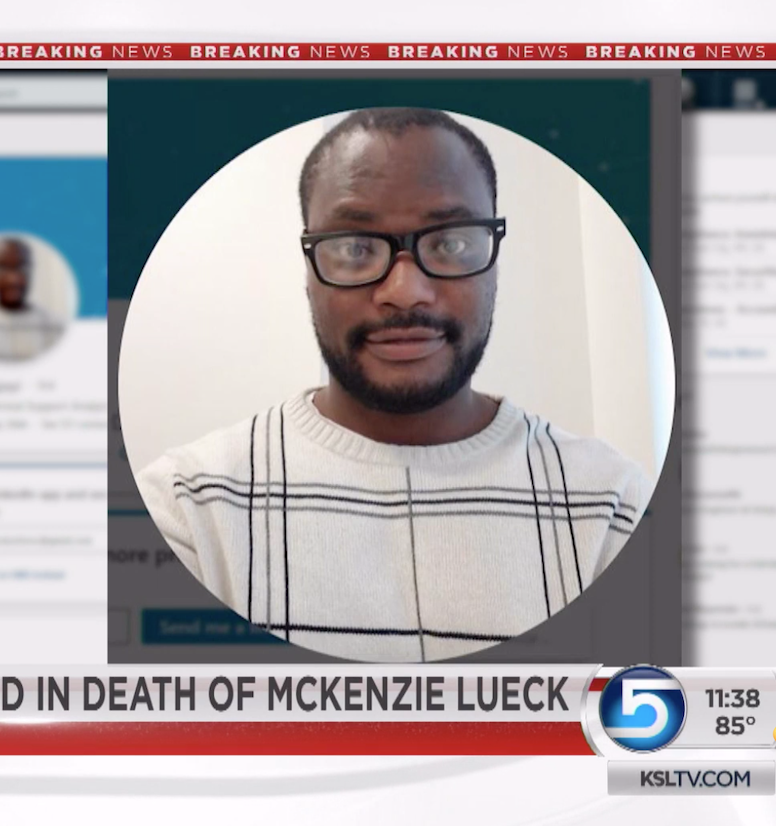 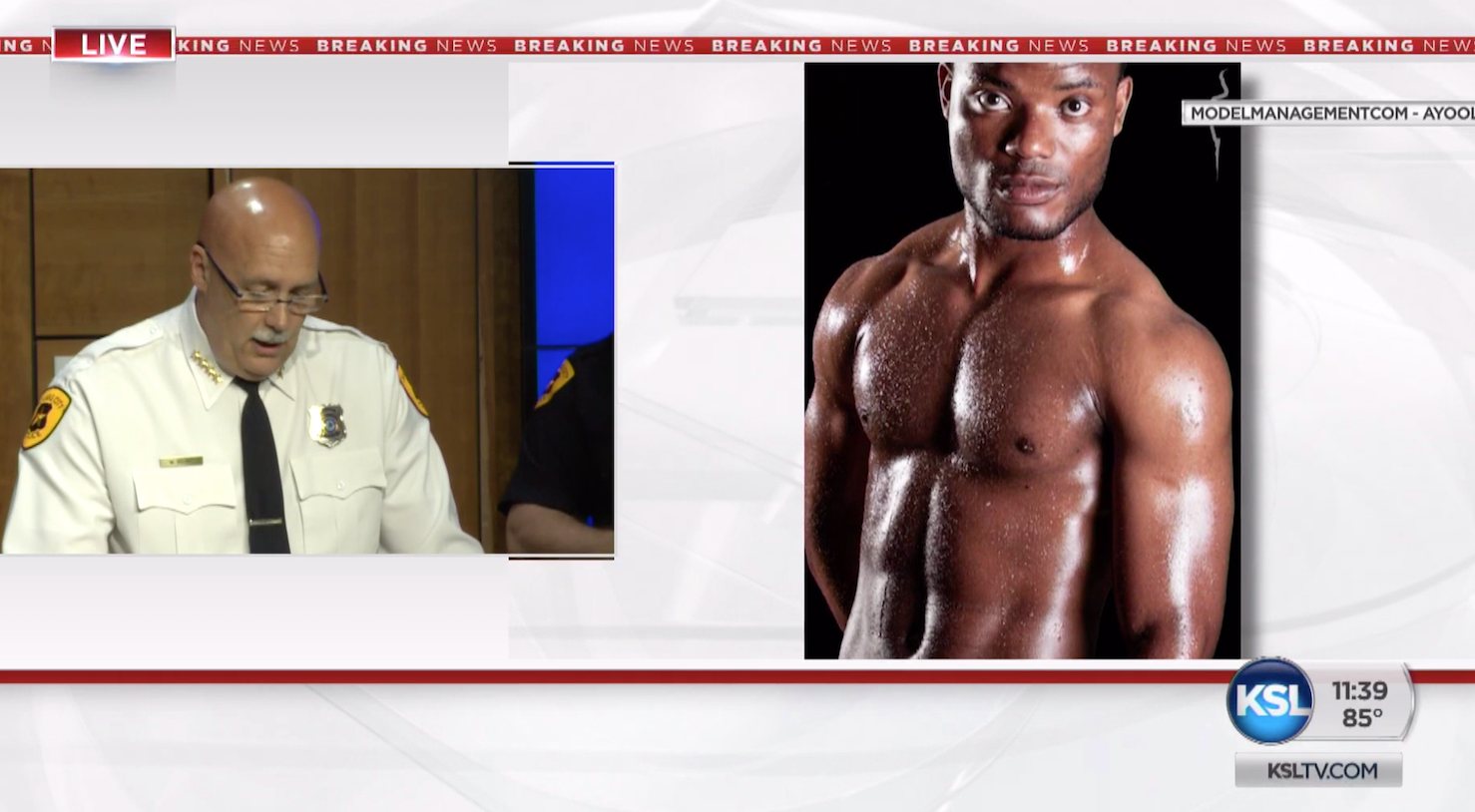 Salt Lake City police made the announcement on Friday afternoon. Ajayi was the man previously identified only as a person of interest in this case. Police Chief Mike Brown emphasized that he would utter the suspect’s name only once during the press conference.

“I will not be saying the killer’s name again,” he said.

KUTV reported that Ajayi’s LinkedIn identified him as a Utah State University grad, an IT specialist in the U.S. Army from 2014-2016, and a senior technical support analyst at Dell.

Sakari Moore told the told the Salt Lake Tribune he met Ajayi in South Carolina during basic training in the Army, and even roomed with him for a time in the Utah residence. He said “A.J.” was a “bright guy,” but also a guy who was concerned about appearances and prone to losing his temper.

“He’s definitely a guy that likes to maintain an appearance,” Moore  “A.J. was a very bright guy, he knew his material. This is why it comes as a bit of a shock. To maintain his rapport of being well-read, with computers, with clients, and then to just flip a switch — I can’t really imagine it.”

Moore said Ajayi displayed “some anger issues” when he roomed with him, adding that this “polarity” in Ajayi’s emotions made him nervous.

“He doesn’t like to be told anything other than his way,” Moore said. “He snaps or loses his temper, [then] he comes back to his sweet self.”

“I was nervous because the polarity in his emotions [was] just switching very quickly,” Moore continued, explaining why he moved out.

Later reports clarified Ajayi’s Army history as a six-month stint in the Utah Army National Guard. A spokesman told KSL Ajayi was not eligible for deployment because he didn’t complete basic training:

Ajayi was discharged from the Utah Army National Guard in June 2015 after six months of service, according to Utah National Guard Public Affairs Officer D.J. Gibb.

Ajayi was a member of the 214th Forward Support Company in Tooele, according to Gibb. He did not go through basic training and did not receive any certificates or awards, Gibb said. Therefore, he was not eligible to deploy with the Army National Guard, he said.

Ajayi did not meet “medical procurement standards” and was discharged as a result, Gibb said.

Lueck disappeared early on June 17, not long after taking a flight from Los Angeles that landed in Salt Lake City. Lueck went to LA to go to her grandmother’s funeral. Lueck could be seen on Salt Lake City airport surveillance camera footage with luggage. Lueck took a Lyft from the airport to a park around 3 a.m., where she reportedly got into another car.

Police obtained a search warrant and spent many hours at Ajayi’s home. According to CBS News, ammunition was found in the house during the search. Other unspecified items were also removed.

Per KUTV on the ammunition detail:

His home searched at 547 N. 1000 West is where police booked into evidence 27 boxes of AR-15 223 ammunition and a pitchfork, along with bags of other items from the house in question early Thursday morning.

Authorities were spotted with shovels. Police are also reportedly looking for a mattress and box spring that was given away last week. The CBS report cited property documents that said Ajayi is 31, divorced and doesn’t have a criminal record in the state of Utah.

We are looking to find this mattress as well as a box spring in relation to this case. These items were possibly given away from 547 N. 1000 W. If you picked up these items please contact us at 801-799-3000 #MackenzieLueck #missingperson pic.twitter.com/Lqqby7iAxJ

The home police searched was only 11 miles from the park where Lueck was dropped off by the Lyft driver.

The Salt Lake Tribune previously spoke with a neighbor who said the homeowner uses part of the residence to rent out on Airbnb, noting that “There are people coming and going most of the time.” As for the homeowner? A neighbor said he rarely speaks to anyone. Neighbors claimed they also observed him burning something in his backyard.

Police say neighbors of the charged man told them he was seen burning "something" on June 17 and 18. Forensic evidence of the burned area found several items consistent "personal items of Mackenzie Lueck" https://t.co/7wxmq1XFj5 pic.twitter.com/uotBASaZUK

.@slcpd Police say this is the yard they found burned female remains. Neighbors reported smelling burning flesh around June 18th according to investigators. Ayoola Ajayi is in custody.@abc4utah pic.twitter.com/lUlpQv56i9

Lueck’s uncle made a brief statement on behalf of the grieving family, thanking police for their efforts. He also asked that the public respect the privacy of the victim’s family.

In a statement from Mackenzie Lueck's family, they express "gratitude for the effort put forth by the Salt Lake City police department and all partnering agencies that assisted." https://t.co/7wxmq1XFj5 pic.twitter.com/YfOLZJH9mi

Editor’s note: this article was updated after publication for clarity regarding Ajayi’s role in the Army National Guard.