Former Sheriff Charged with Theft in Connection to K-9 Charity 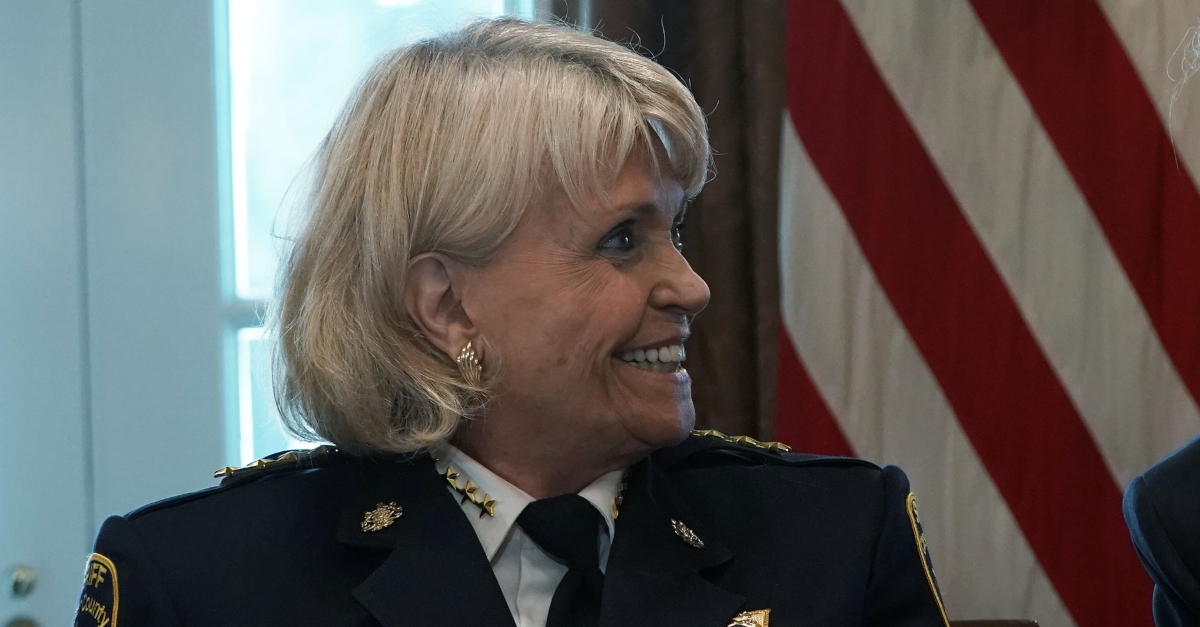 A former Pennsylvania sheriff and her boyfriend are accused of theft in connection to a K-9 charity. Carolyn “Bunny” Welsh and Harry McKinney were charged on Tuesday, records show.

“Bunny Welsh used her position of power for her and her partner Harry McKinney’s own personal gain instead of serving her community as she was elected to do,” said Pennsylvania Attorney General Josh Shapiro (D) in a statement to Law&Crime. “Welsh and McKinney allegedly used public employees to perform work for private charity events both on and off-duty at the expense of Chester County, and McKinney then used those fundraised dollars to cover his own personal expenses. This blatant misappropriation of funds is unacceptable. My office has made over 60 public corruption arrests since I took office and I will continue to hold any public officials accountable for abusing their office and public trust.”

Welsh, a longtime sheriff, declined to seek reelection in 2018, and left office in early 2020. Incidentally, she is a supporter of President Donald Trump, and that political affiliation attracted some controversy in 2017, though that’s beside the point of these criminal charges. The longtime sheriff’s relationship with McKinney, a deputy sheriff, previously raised eyebrows after it was stated in a county controller’s report that she approved more than $67,000 in overtime for him over a three-year period, even in weeks where he worked less than 40 hours. She denied any wrongdoing.

The Pennsylvania Attorney General’s Office now asserts Welsh and McKinney engaged in thievery in connection with the K-9 unit. According to affidavits obtained by Law&Crime, Chester County paid the deputy canine handlers, but did not cover the unit. That K-9 unit required funding sources including grants, and donations, and fundraisers like the Wild Game Dinner.

Welsh granted McKinney the “honorary” title of lieutenant, and put him in charge of both the K-9 unit and that office’s fundraising, authorities said.

That Wild Game Dinner involved what was supposed to be volunteer work. Citing attendance and payroll documents, authorities say that Welsh let deputies prepare for the fundraiser while they were being paid by Chester County. In other words, the officials were being paid for work not part of their official duties.

This sort of thing allegedly continued outside of normal shifts. Welsh allegedly gave deputies 1.5 hours of compensatory time per hour of volunteer work, which they could later use to take paid days off.

McKinney is also accused of reimbursing himself from the K-9 fund for the care of a family pet, who was not a working canine. Expenses included vet visits, grooming, and overnight boarding, authorities said.

Welsh’s attorney Geoffrey Johnson told The Daily Local that the former sheriff was charged with only “providing comp time to deputy sheriffs for working at a charity event,” but did not discuss this case beyond that. McKinney’s lawyer Rob Donatoni just said that the charges “speak for themselves.”