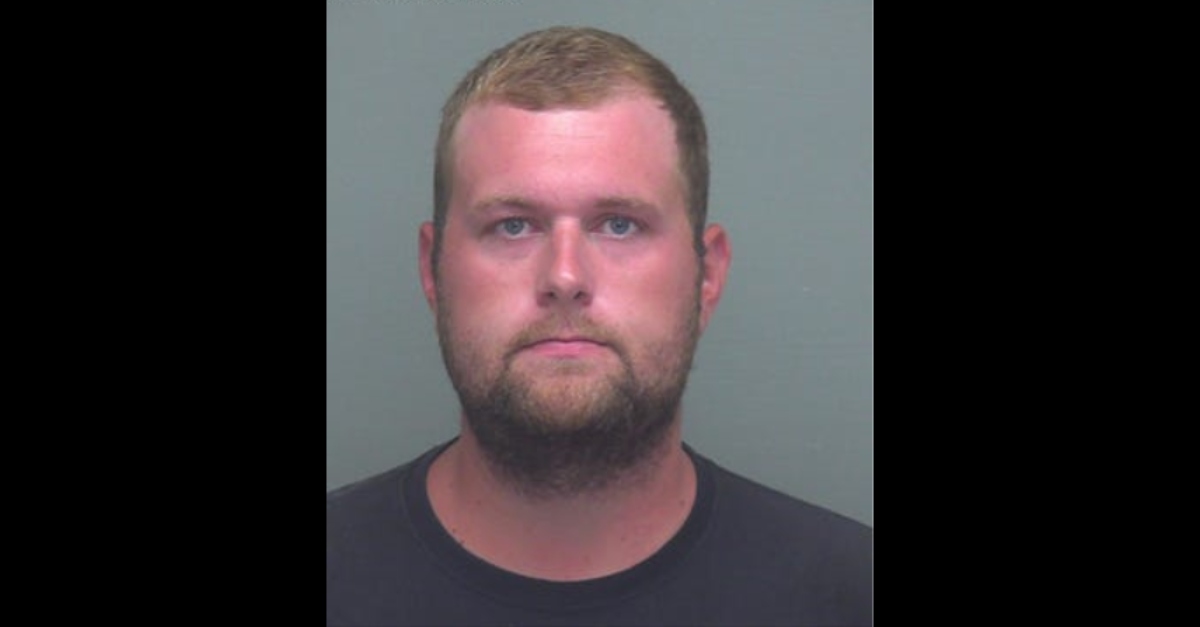 “There is no question that Wester’s crimes were deliberate and that his actions put innocent people in jail,” said FDLE Pensacola Assistant Special Agent in Charge Chris Williams.

Wester’s alleged M.O.: He would pull over drivers for minor traffic violations. Things escalated when he planted drugs in their vehicles, and arrested them on trumped-up drug charges, according to investigators. Not only that, he worked around his body cam to hide his behavior, authorities said.

Law&Crime wrote about him before. Video showed him testing apparently fake drugs ostensibly found in a person’s vehicle. It tested negative, but he claimed it was positive, according to the footage. Prosecutors reviewed hundreds of cases involving his action after he allegedly planted drugs on another person in a separate incident. Wester had been fired.

Authorities ended up dropping 119 out of nearly 300 case, according to The Tallahassee Democrat. Over 30 other defendants had certain charges dropped. To be clear, the new charges against Wester concern 11 alleged victims.

“Our investigation is ongoing,” said State Attorney William Eddins of the First Judicial Circuit. “There’s a substantial amount of work to be done. But I have no belief that there’s anywhere near 100 victims.”

He said they may or may not have identified most of the victims.

Damage was already done, investigators said. Alleged victim Benjamin Bowling had previously been arrested in a DUI, and was being routinely tested when he got custody of his daughter. Investigators said Wester threw a wrench in that when arresting Bowling on drug charges in 2017.

“Furthermore, Bowling voluntarily took a drug test after he was arrested and it was negative,” said the arrest report obtained by The Democrat. “Bowling contacted the Sheriff’s Office and requested that the drugs were tested for DNA and fingerprints. Bowling also requested the body camera video but never received it. Bowling lost custody of his daughter because of the arrest.”

Wester was being held at the Wakulla County Jail. It’s unclear if he has an attorney in this matter.